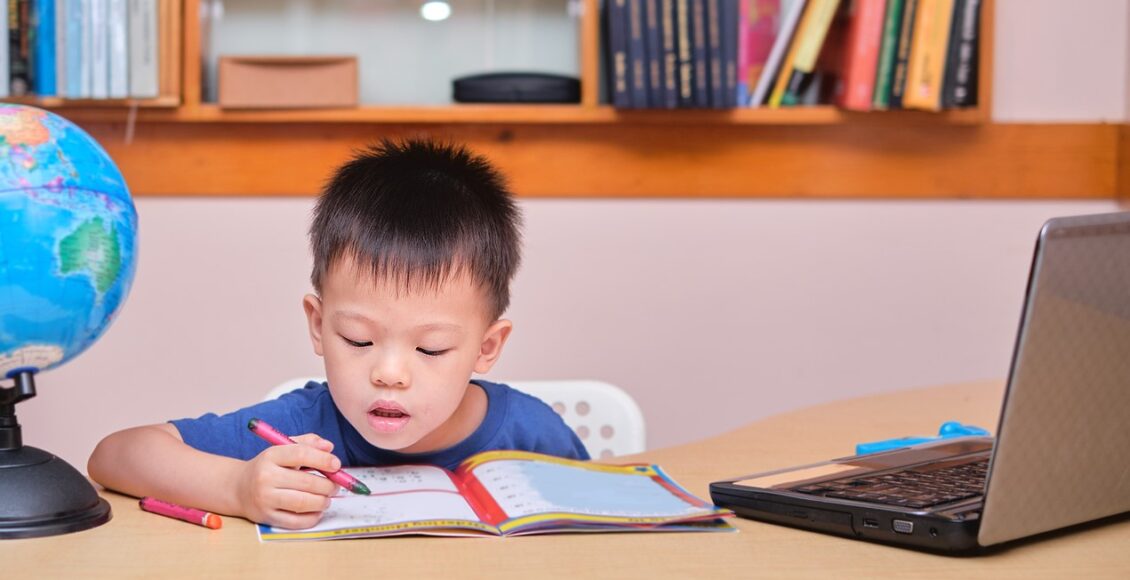 China Regulators are now aiming for the edtech sector

Beginning with the crackdown on Ant Group, the fintech arm of Alibaba Group Holding Limited, which eventually spread to the parent company and a plethora of leading internet companies such as Tencent Holdings and Meituan, the regulators net seemed to have widened.

Detractors, on the other hand, pointed to the increasing reach and scope of Chinese regulators in reining in the domestic tech champions. Even the education sector where the long-held belief that the industry is a recession-proof and evergreen business is now broken. 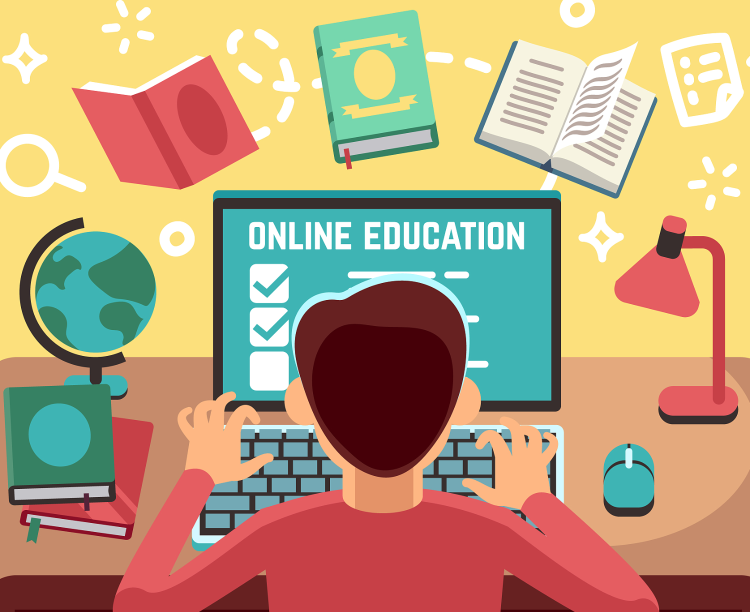 On Tuesday, the Ministry of Education announced (Source Not in English) the formation of the Department of Off-Campus Tutoring Supervision. The ministry alluded the move was in response to Chinese President Xi Jinping’s recent comments that “students should not rely for their studies on after-school tutoring.” He has also remarked in March that after-school tutoring is causing immense pressure on students and education should not be overly fixated on test scores.

The ministerial statement did not mention specific actions but emphasized the promotion of “double reduction”, in reference to students’ homework burden and after-school tutoring. The latter would exacerbate the business shrinkage at edtech firms that have already launched layoffs and suspended recruitment drives.

For instance, Gaotu Techedu withdrew the employment offers it sent out and is reportedly laying off nearly one-third of its employees after shutting down its pre-school education business for children aged 3 to 8. The online school of TAL Education, Xueersi, halted hiring in Zhenjiang and Nanjing.

The ongoing uncertainty facing the industry has resulted in startups suspending their IPO plans which dulled the prospects for the internet giants behind them. Both Tencent-backed Yuanfudao and Alibaba-backed Zuoyebang had their IPO dreams disrupted, and those are only the more prominent ones.

Would the industry survive the crackdown? It’s hard to say at the moment but reducing after-school tutoring seems to be finding fault with the remedy than the root cause. Chinese parents have spared no expense to ensure their children excel in examinations and gain admissions to the top schools and universities. As long as the so-called desirable job opportunities remain limited and graduates are differentiated by where their academic qualifications are obtained, the demand for after-school tutoring should stay strong – the logic goes.

TAL Education learning center in a third-tier city in China

Cutting the access to class-based tutoring, whether online or offline, would result in less-privileged students having to fend for themselves with the syllabus while those whose parents can afford hire home-based private tutors away from the eyes of the Ministry of Education thrive, aggravating the gap between the haves and the have nots. The authorities could eventually realize the imbroglio they got themselves into and relax the measures. Meanwhile, investor confidence has been badly shaken and both the quant rating and Wall Street analysts are reflecting that.

An outlet of TAL Education’s First Leap where parents can view the classroom proceedings displayed real-time – an explicit demonstration of the phrase ‘helicopter parenting’, a parenting style used to describe the Chinese parents’ obsession with all aspects of their children’s lives. 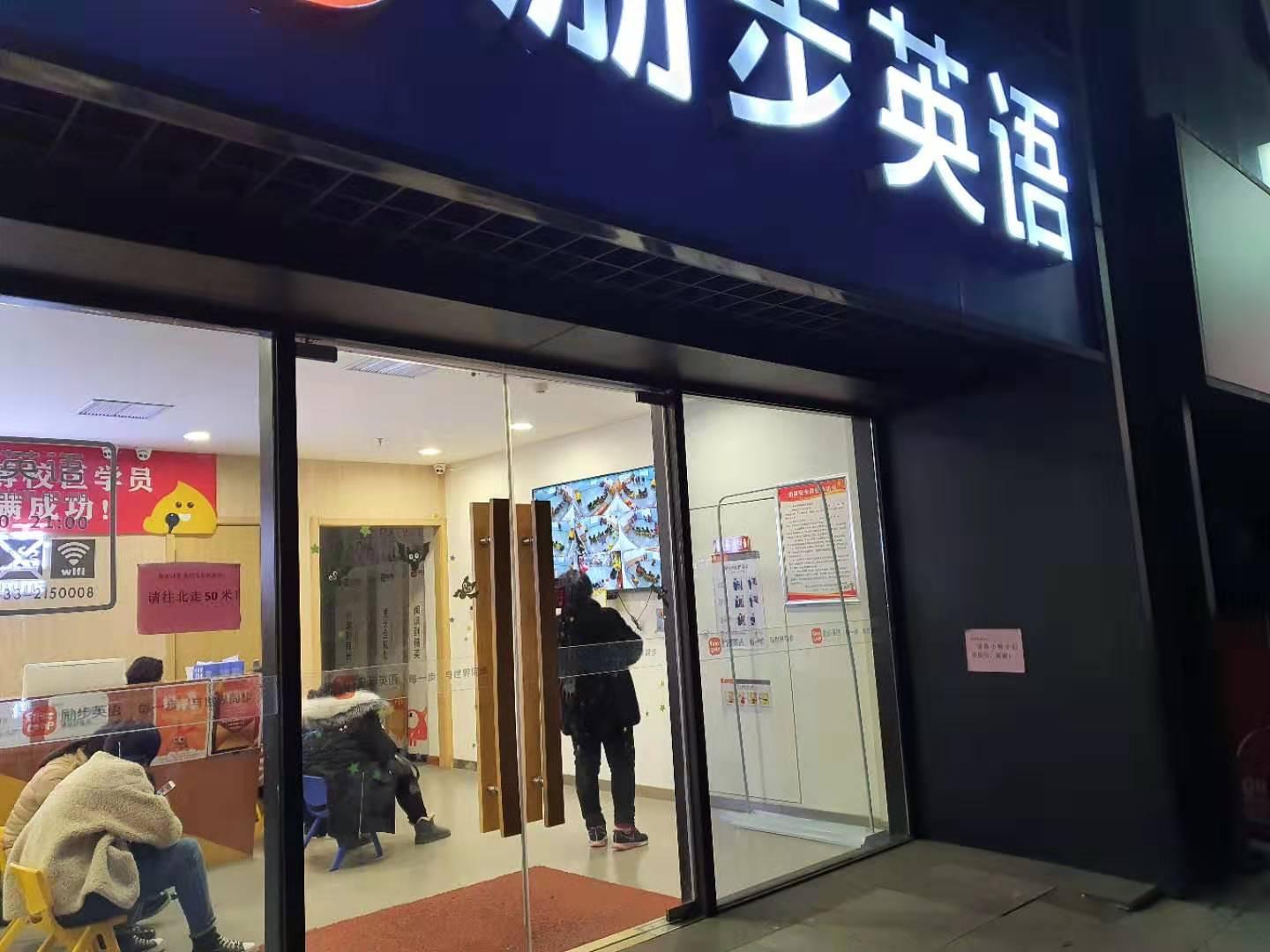 With TAL Education’s profitability, momentum, and revisions badly hit, its quant score is a low 1.39 of 5, earning it a “very bearish” rating. TAL Education’s saving grace was its ‘A+’ rating for growth as well as a ‘B’ rating for value, supported by the plunging of its share price from a peak of $90.96 in February to a fraction of that on Friday’s close at $22.38. However, the two metrics are based on historical figures which would become moot as the business is fundamentally damaged from the second quarter, unless there is a reversal of policies.

Despite the headwinds which surfaced since March, some analysts deemed the correction as overdone. Goldman Sachs had in late April raised TAL Education to buy from neutral citing the year-to-date correction provided a buying opportunity and bumped up the price target to $80 from $72. Other brokerages shrewdly waited till this month to make a fresh call.

Earlier in June, Credit Suisse dropped its rating on TAL Education to a sell equivalent and chopped the price target by half from $54 to $26. The analyst, Alex Xie, assumed a “complete ban” on tutoring on weekends and holidays for K9 students in a bear case. 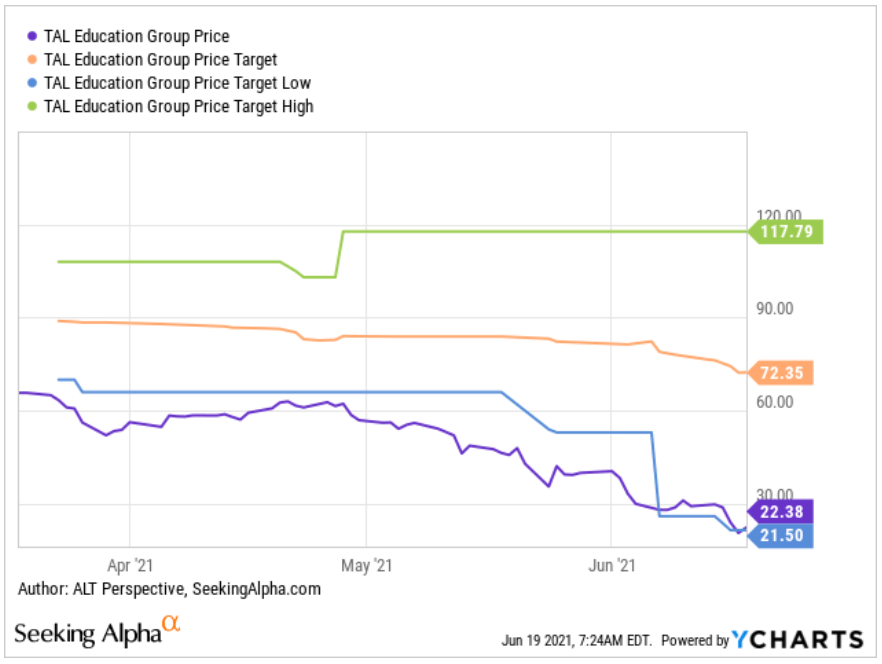 NetEase dismal performance among the top holdings of the KWEB ETF last week has made it stick out like a sore thumb. Shareholders could be concerned about the collateral damage it will suffer from its edtech unit Youdao (DAO).

Although Youdao provides educational tools, some of its businesses could nonetheless be impacted by the new rulings. It is down a much milder 13.6 percent year-to-date but its quant score is a low 1.52, earning it a bearish rating.

A silver lining that could emerge in the mid-to-long term is that the harsh operating conditions would have decimated the smaller players and deter new ones from entering, enabling the larger, listed companies with easier access to funds to surface as the survivors with fewer competitors. Another catalyst is as mentioned earlier, that the authorities realize the measures are too draconian and do not address the root cause of students’ pressure.

Furthermore, being able to regulate the few key industry stalwarts beats going back to the olden days of numerous disparate and unruly players. Acting on misleading or exaggerated advertising is a right move but doing away with tutoring during the weekends and the long vacations altogether seemed too extreme as it deprives slower students of the chance to catch up with their peers with some extra help.

Interestingly, an unintended benefit from the clampdown on advertising is the cost savings for the education industry. However, companies that depend on ad dollars like Tencent, Baidu, and Sohu would suffer from the loss of a lucrative source of income.

TAL Education Group Has The Potential To Excel