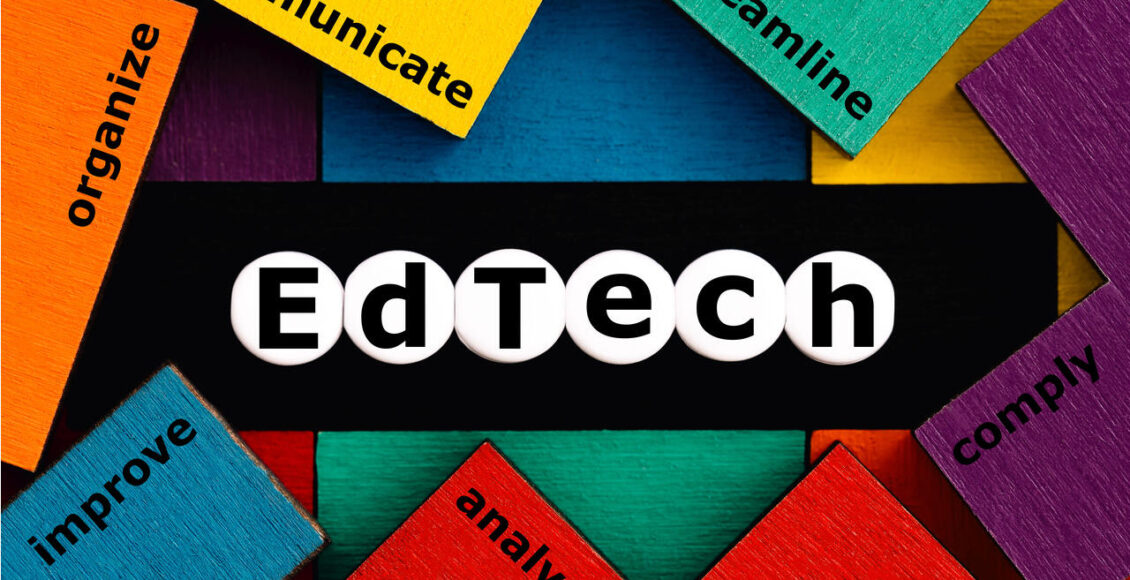 This article was prepared by Nirasha Senanayake, CFA in collaboration with Dilantha De Silva.

China-based tutoring company TAL Education Group does look like a bargain with its stock price plummeting by over 93% in the last 12 months. However, the Chinese government’s crackdown has knee-capped TAL and other Chinese educational companies such as New Oriental Education & Technology Group that weren’t expecting such punitive restrictions. TAL Education looks to have been caught off guard by these restrictions, and the management canceled the release of its first-quarter earnings report that was scheduled for August 5, 2021. Commenting on the recent developments, JPMorgan analysts said, “it’s unclear what level of restructuring the companies should undergo with a new regime and, in our view, this makes these stocks virtually un-investable”. With no clear direction on what the company’s strategies are, we believe the stock is an incredibly risky investment today, and we view investing in TAL stock today as a gamble that could pay off handsomely or lead to a permanent loss of invested capital.

All you need to know about China’s education crackdown

While the company portrayed promising results in its fiscal fourth-quarter earnings with revenue growing 37% year-over-year, the Chinese government’s crackdown on tutoring companies overshadows the impressive growth TAL has been portraying. Last July, China unveiled a sweeping overhaul on its education tech sector, banning companies that teach the school curriculum from making profits and imposing restrictions on raising capital. The crackdown is aimed at bringing down the cost of tutoring to create a more level playing field for children across the country. The list of new regulations has raised concerns regarding the future of the ed-tech sector, and it would not be unrealistic to assume that the government could ground this industry for good in the coming years.

The new regulations for China’s education sector include the following.

The impact of these regulations can be seen from the decline in stock prices of TAL Education Group, New Oriental Education & Technology Group, and Gaotu Techedu Inc. as investors are worried that there’s no comeback for these companies. The 3 stocks together have lost $100 billion in market cap from their peak earlier this year after these regulatory decisions were made public. 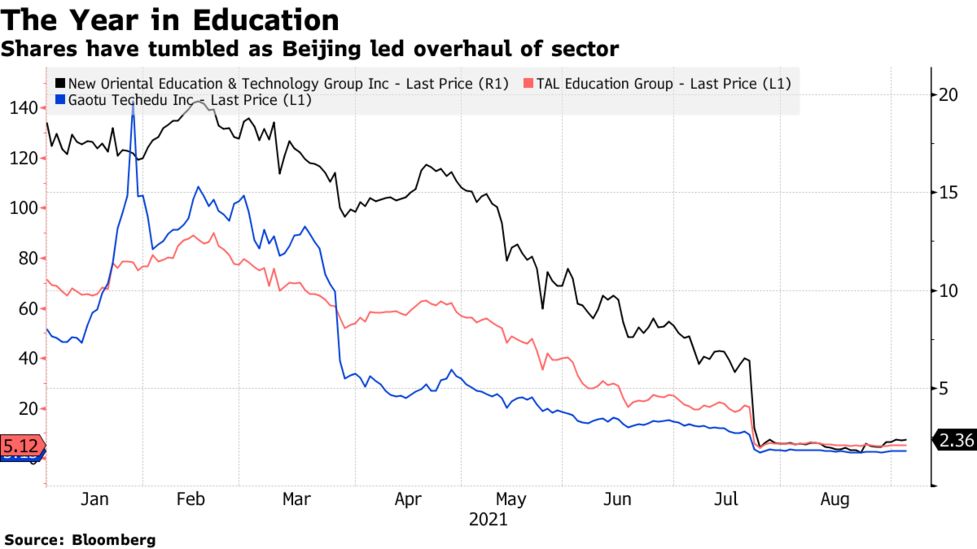 As per Morningstar, the Invesco Developing Markets Fund likely lost more money in absolute terms than any other active fund in the second quarter because of the sell-off in Chinese EdTech stocks.

What’s next for the after-school tutoring industry in China?

With almost all education companies panicking about the future, most of the giants are already pivoting to face the upcoming challenges. There’re plenty of opportunities for new products and services for the tutoring industry. With the growing demand for non-traditional academic courses outside the school curriculum as well as changing requirements to enter the workforce, we could say the academic curriculum has not yet caught up to the speed of the demand, allowing institutions to divert their focus to vocational training and other areas not covered by the new policy.

The government has also given a green light for public schools to purchase after-class services from third parties using government subsidies. The new policy emphasizes “improving school’s after-school service levels to meet the diverse needs of students.” This will provide new opportunities for education companies.

The policy mentions that schools should “expand after-school service channels. After-school services are generally undertaken by the teachers of the school, and retired teachers, qualified social professionals or volunteers can also be hired to provide them.”

Empirical evidence from South Korea that adopted a similar strategy in 1980 by declaring war against the private tutoring sector to promote equitable access to education as well as reduce the financial burden on parents, confirms that this strategy failed miserably. The ban lasted about 10 years in South Korea, and the government realized that the wealthier class found their way to access premium education even with restrictions in place, and this only drove up the cost of private tutoring to new highs. The South Korean government removed the ban eventually and university students were permitted to work as private tutors and later the government gave licenses to a few educational institutes as well.

While 10 years is a long time, we believe there will be new developments in the Chinese EdTech industry over the coming months – not years. After all, CCP will not want to stifle a $100 billion industry as it would hurt them in the longer run. That being said, we believe only risk-seeking investors with an extensive investment time horizon should be interested in this sector.

The future of TAL Education

TAL has shifted its focus along with other large education companies to provide services that are not capped by new regulations. TAL Education Group President Bai Yunfeng told employees the company is considering providing certain after-class courses for free while creating more self-study online resources. The company has started offering lessons in non-curriculum subjects such as calligraphy and drama at its existing after-school centers as well as language training and preparation for the National Graduate Program Entrance Exam. However, despite these initiatives, we believe TAL may lose up to 70% of its fiscal revenue in 2022. While the increased affordability could lure more students in and increase enrollments, taking into account the restrictions on weekend tutoring as well as pricing, we expect TAL’s revenue to decline drastically in Fiscal 2022. Accounting for a 70% loss in revenue, we forecast TAL to report $1.3 billion in revenue. While TAL will implement aggressive cost-savings programs in the form of layoffs and shutting down tuition centers, we believe the operational losses will widen over the next fiscal year.

With government regulations on the pricing of off-campus training courses, the best option for TAL would be to move away from providing tutoring services covering core academic subjects as well as the non-profit mandatory education businesses in the longer term and focus on non-curriculum subjects such as arts, music, etc. With a net cash position on its balance sheet, TAL is in a position to remodel its offering to be in line with the aims of the CCP. However, the long-term potential for earnings growth is still questionable. Before reaching any investment decision, we believe the best course of action is to wait for an official update from the company regarding the expected restructuring of the business.

Although high risk-high reward stocks attract a lot of attention, we believe investors need to be very careful this time around as we are dealing with the Chinese regulators that have shown more than once that they will go to great lengths to ensure private and public companies will align their business strategies in line with the expectations of the government. Taking into consideration the CCP’s prior actions of halting Ant Group IPO which knee-capped Alibaba Group Holding to launching a cybersecurity review on DiDi Global just a few days after its IPO, investing in TAL seems like a dangerously risky bet right now. For the time being, we believe it makes sense to remain on the sidelines and monitor future developments without testing the depth of the river with even one foot let alone both.

Chinese parents are hanging on to after-school tutoring amid…