Koolearn Technology, which is 55.7 per cent owned by China’s biggest private tutoring group New Oriental Education & Technology, switched its business focus to live-streaming shopping after China last year slammed the for-profit online education platforms, part of a crackdown that wiped out more than US$1 trillion of market capitalisation from Chinese tech companies.

The new venture took off with fanfare after bilingual live shopping sessions on its Douyin account known as Dongfang Zhenxuan went viral earlier this month. Koolearn stock jumped more than sixfold from June 10 to 16, only to plunge by more than 40 per cent after the Tencent divestment. The stock fell 0.5 per cent to HK$16.90 as of noon local time on Tuesday.

Revenue at New Oriental slumped 48 per cent to US$614.1 million in its fiscal third quarter ended February 28 from a year earlier, according to its report card in April. It incurred a net loss of US$122.4 million, versus a US$151.3 million income in the same period last year. 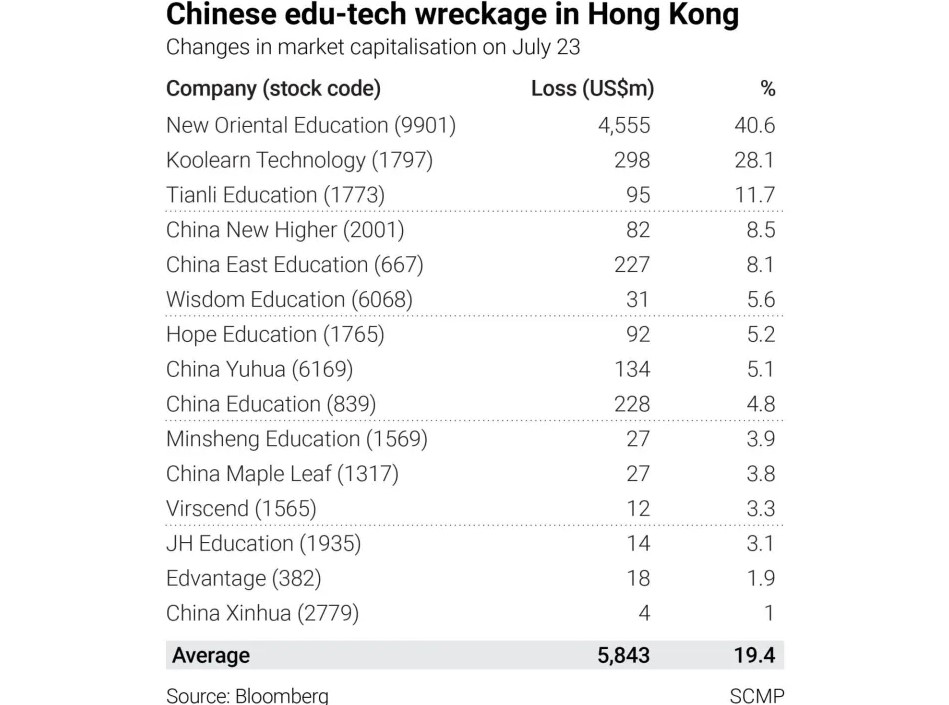 Koolearn benefited from the sudden rise to popularity of Dong Yuhui, a former English teacher who now sells books and agricultural products on Dongfang Zhenxuan. His fame helped pull in followers and sales.

Its June 16 live session generated 63 million yuan (US$9.4 million) in gross merchandise volume, according to data compiled by Citic Securities. The Dongfang Zhenxuan account on Douyin has since garnered 17 million followers by this week. The early numbers are fanning hopes that live-streaming will help Koolearn and New Oriental recover from last year’s crash.

Michael Yu Minhong, chairman of New Oriental, said on his personal WeChat account earlier this month that the live-streaming economy is the “third revolution of business” after hypermarkets and e-commerce.

Inspired by the success of Dong on Dongfang Zhenxuan, Yu said he planned to put more resources into selling educational products such as books, software, hardware, and other cultural and educational supplies. A team has been assembled for that purpose, he added.

Shenzhen-based Tencent has been cutting its equity stakes in several other investments. It sold a 2.6 per cent stake in US-listed Singapore-based technology group Sea Limited in January, and offered part of its stake in JD.com worth US$16.4 billion to shareholders as special dividend in December.

Fire in Hong Kong Knocked Out Power to More Than 160,000 Homes

China’s Stocks Are Still Pricing In a Lot of Pain