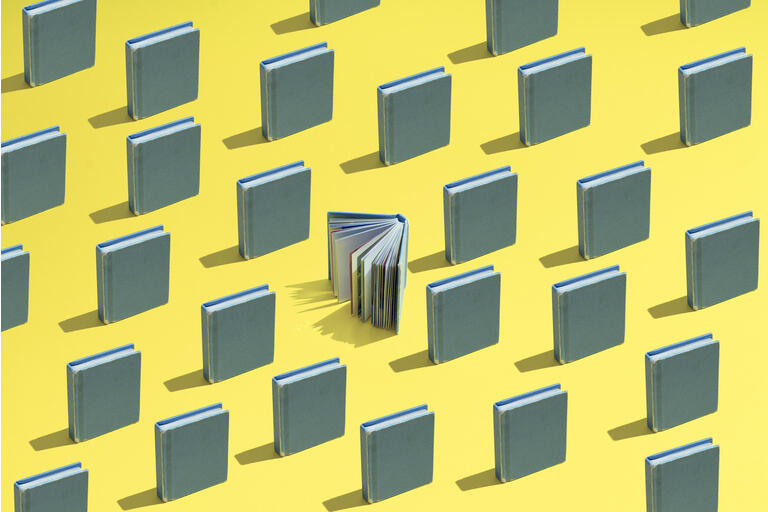 Due to recent regulations in China that dramatically reduced the after-school tutoring classes market (which we won’t go into detail as they are well covered by the financial media and other articles on Seeking Alpha), EDU is reducing the number of services it provides. According to a statement from the Company on November 14, 2021 which it declared it will exit the K-9 academic after-school classes. However, “in the fiscal years ended May 31, 2020 and 2021, the revenues from offering K-9 Academic AST Services accounted for approximately 50% to 60% of the Company’s total revenues for each fiscal year.”

While losing 60% of one’s revenue is quite a big hit, it is far from existential and the remaining revenues will likely be compliant with regulation, for example, EDU’s overseas test preparation services (EDU’s annual report does not provide an exact breakdown of overseas test preparation revenues but it would appear to be a substantial amount of the remaining 40% revenue):

EDU’s overseas test preparation exam service is not actually banned as it is not considered an after-school class for subjects within the curriculum. Phone calls with relevant regulatory authorities suggest that after-school classes for overseas study exams are not part of the regulatory scope.

Demand for overseas training classes is unlikely to disappear even despite COVID-19. As shown below, quarterly revenue YoY growth for the overseas test preparation segment has declined but the decline has decelerated in the quarter ended February 28, 2021:

The basic math of the Chinese education system doesn’t change (2% get into what is considered a top-tier university) and even though statistically affluent people do better, it is still quite random at the individual level. There are many relatively affluent children that do not do well under a rigorous exam system and they end up in a better university overseas than they would get admitted to in China. The tuition fees charged by EDU for overseas study English exams are quite affordable (prices range between USD 250-USD 8000 per course per the latest annual report) as a percentage of the average cost of studying abroad (which easily runs into the tens of thousands of dollars per year), so this is not a burden on this group of users that can afford studying overseas anyways.

Margins may improve as competition (supply) on the other hand is likely to plummet as the industry reduces capacity (why would anyone invest to expand capacity in such an industry with no forecast demand growth and regulatory uncertainty?), reducing advertising needs. Even if EDU has a smaller market due to negative impact from regulations and COVID-19, EDU will have much higher profitability. EDU profitability was actually eroded from FY12’s 16% to FY19’s 7% (the last pre-COVID-19 year).

Forecast revenue/profits: If we assume that EDU’s revenues decline by 60% to $1.7 bn per year but its profit margins recover to 16%, that would be an annual profit of $270m. In a more severe scenario, EDU’s revenues could decline by 80% (depending on how extensive the ban on tutoring services reaches) which would leave only $855m in revenues, which would translate to $135m annual profit at 16% profit margins. I would tend to be more optimistic about the profitability as advertising needs evaporate and costs fall due to less demand for teachers from after-school classes in general.

2. 79% upside in a baseline scenario with limited downside as market capitalization less than net cash and a profitable business.

So how do we value this company? We take a multi-tiered approach, adding net cash to inherent business value.

The baseline scenario would suggest a 79% upside once the waters calm, as long as management does not pilfer the cash reserves (and you can say many things about the founder but it does not appear he has any track record of pilfering cash reserves).

Given that the market is prone to “overshooting” (ironically EDU has only been making $200-$300m a year in the past few years yet the market valued it at $33bn in its peak just because it was in “the right industry”), if any upside potential is realized from the business over the next few quarters, the price could increase tremendously.

On December 9, 2021, licenses were announced for online training schools in the Guangdong province (details are still forthcoming). This may be similar to Chinese gaming stocks bottoming in Q4-2018 after a license system was announced. A similar wave of draconian regulations was issued against gaming stocks in 2018 and that ended in a whimper, not a bang. 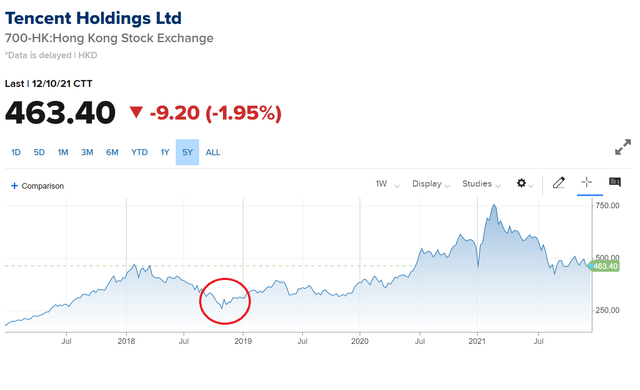 Some of the most popular games got licensed after a few months and gamers continued gaming. Looking back, the launch of the licensing system marked the bottom of the gaming stocks.

Regulatory uncertainty may be more ephemeral than it appears at first glance. Regulatory uncertainty might seem apocalyptic but for items deemed non-critical, regulation in China often dies down. This has happened again and again in many industries (e.g. Baijiu, online gaming mentioned above, etc.). As long as the activity in question is not especially pernicious or sensitive, regulatory impact is dialed back once that activity is no longer a focus.

So it’s plausible the regulation could be more for “shock and awe” purposes – if the intention is to increase population growth, other measures will inevitably be needed, at which point regulation of after-school classes will be put on the backburner. If other measures are not brought forward, regulatory attention towards afterschool classes will likely die down anyway given its relatively limited impact on population growth.

Current valuation of EDU is at a giveaway price, there may be 79% upside if revenues decline 60-80% and gross margins improve as competition declines. Recently announced licensing system is a catalyst which may improve business fundamentals and market sentiment towards this sector and may be similar to the licensing system announced for gaming stocks in Q4-18 (which turned out to be the bottom).

China’s tech sector eyes advances in 2022 with more policy support, amid US sanctions

US appears to be threatening another tariff war with China…