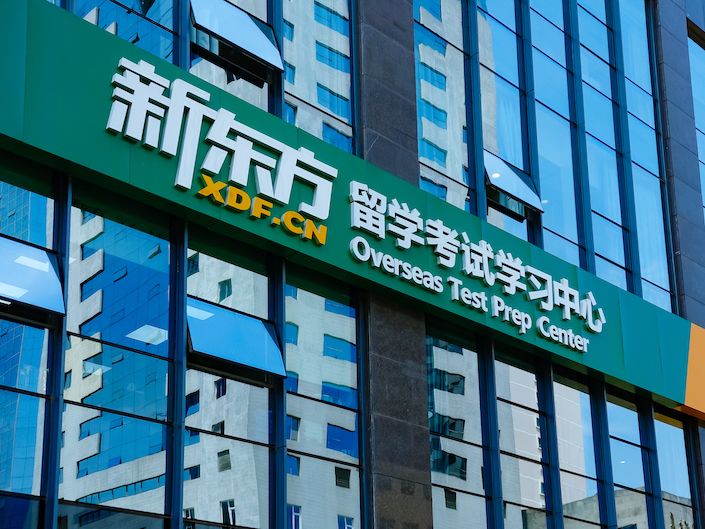 According to the aforementioned article, Yu Minhong will deliver his first livestreaming show to sell fresh produce at around 8:00 pm Tuesday on China’s leading livestreaming platform Douyin.

In a previous livestreaming show, Yu also discussed the company’s plan to set up a large-scale agricultural platform in the future. He described the objective of such a move as not only to sell goods, but to help boost the agricultural industry and revitalize rural areas.

The move is also read by the outside as a hint that New Oriental is going to pivot its business to livestreaming sales in the face of stricter government regulations on private education, but the company also stressed in the WeChat article that it will not abandon its education business, although it is also making some adjustment to the business in line with government policy guidelines.

According to the company, it will keep its education services such as overseas study consulting and postgraduate tutoring. It is also making efforts to develop liberal arts as well as quality education tutoring business.

China to Dig Into Monetary Policy Toolbox to Stabilize Economy