Chinese parents are hanging on to after-school tutoring amid crackdown 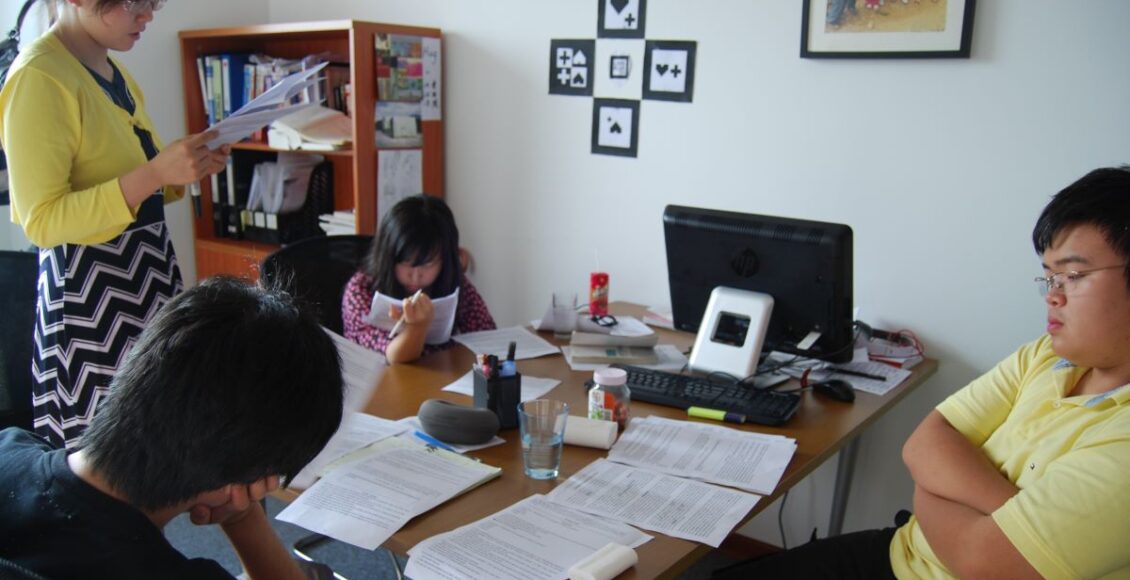 For Wang Li, not her real name, the Chinese government crackdown on private tutoring was like watching an avalanche from a nearby mountain; her livelihood was not yet in danger, but she could see the force of change crashing through the industry.

“I still tutor, but my cooperation with a bigger organisation basically went down the drain. Their investment was pulled. They were asking me about my classes one day, and the next day the entire department was laid off,” said the Beijing mother of a 10-year-old boy.

“I have never seen such a shocking moment in my entire career.”

On July 24, China’s State Council, the top administrative body, announced a new set of guidelines to “ease the burden of young students” for kids going through mandatory education, which covers all children younger than senior secondary school age.

The effect was like an earthquake hitting the industry, which sent stock prices of publicly-traded tutoring companies plummeting. Buckets of ink were spilled analysing what the rules signal about the Chinese Communist Party’s role in education.

For parents and tutors in China, the crackdown set off a scramble, as parents tried to navigate the new rules or rush to hire private tutors.

Xiaoying, who wished only to be referred to by her first name, is a mother of a 13-year-old in Beijing. She told the South China Morning Post that her son still attends tutoring courses at VIPKid, a global online-focused language learning school, but she is worried about the ban and plans on pulling her child out when he completes his current course in three months.

“We wanted to practice oral English. At school, what they teach is for exams only, and is too spoon-fed. They care about exams, scores, not much about oral,” she said. “The classes work well; my son can now talk directly with foreign teachers, and his listening skills are good.”

But her feelings about the crackdown are complicated, as she said she would like to see the entire country stop having extra classes.

“The children are too tired. If everybody can stop having these classes, they will be happier. If schools and teachers do not give parents pressure, parents will be a lot less anxious.”

Tina Xie, a Shanghai parent whose daughter is a primary school student, said she was worried about her daughter, a top student who is not diligent about studying after her school lessons.

“Without the existence of these extracurricular companies, the role of pushing her to study hard will lie on us parents, which will be exhausting,” she said.

She said that, in her experience, many parents are suddenly worried about where they will send their kids to study after school.

“They do not want to see their kids’ after-school classes get cancelled.”

The Sword of Damocles hanging over them is the gaokao, China’s notoriously difficult one-size-fits-all university entrance exam, and, to a lesser degree, the slew of entrance exams to other schools that Chinese kids have to take during their academic career.

“At the moment, there is a phenomenon of placing immense importance on a ‘high education’ background in our society.

“Some employers, including government agencies and institutions, unilaterally emphasise high education when recruiting and employing people, which intensifies the ‘famous school complex’ in society.”

He said if China wants reforms to stick, society needs to focus more on “competence” rather than “education”.

Group education anxiety has reared its head in the recent past. In March, China’s northwestern Shaanxi province sparked outrage when it tried to ban homework in an effort to ease the burden on kids.

In October 2019, the eastern city of Nanjing tried to mandate easier classes but received intense resistance from parents who were worried the changes would mean worse scores on the gaokao.

Sun Jin, an assistant professor at the Department of Early Childhood Education at The Education University of Hong Kong, said the new reforms were a gesture of goodwill to ease the pressure on students, and that schools will need to become central to their education.

If parents become worried about their children falling behind, it will not ease the pressures that created the private tutoring boom, she said.

“It is important to ensure schools are able to fulfil the responsibility assigned and to provide necessary and quality support for all students,” she said.

Sun added that the changes might incentivise rich families in China to pay for private one-on-one tutoring, but most families cannot afford these services and they “might be even more anxious”.

In early July, the Beijing Municipal Education Commission announced a programme in which the city’s schools would open their doors to students for “day care”.

Participating schools would allow kids to use the libraries freely, and they could organise activities that were not academic. Other major cities in China have similar programmes.

China Daily, the state-owned newspaper, quoted a Beijing parent as saying: “I hope [my son] can do some reading and play sports and games during the holiday, so he can form better relationships with his classmates and teachers.”

In the coming autumn, when school starts up again, all schools below Year 10 in China will need to provide after-school extracurricular activities for children, said Lyu Yugang, an official at the education ministry. He said the schools would need to make “all necessary efforts” to make sure all kids can participate.

To alleviate worries, the schools will need to prove to parents that they are up to the task of preparing kids for the future.

The next major test is whether Chinese schools can pull it off.