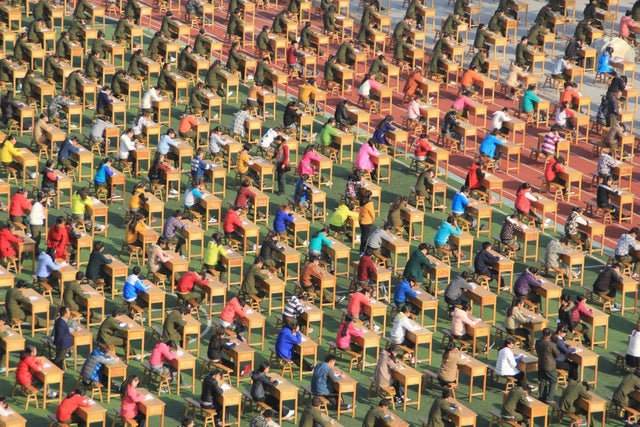 This week’s rout in Chinese education stocks shows how quickly investors can turn on an industry if they suspect President Xi Jinping will intensify a crackdown.

A Bloomberg Intelligence index of Chinese education firms has plunged 27% in the past three days, the steepest loss since the government announced a sweeping overhaul of the industry in July. The gauge is at its lowest level since 2015. China Education Group Holdings Ltd. sank 21% on Thursday, taking its decline this week to 54%.

The rout was triggered by an unverified document from the Ministry of Education that first circulated widely among traders on Tuesday. The speculation included a potential ban on the variable interest entity structure used by Chinese education companies to list abroad, as well as restrictions on their school assets, M&A expansion and tuition-fee increases, Citigroup Inc. analysts led by Mark Li wrote in a note earlier this week.

There has been no official announcement on the matter and the companies themselves were not aware of any impending rules, according to Citi. Traders said Thursday that investors were counting on a denial from Beijing, whose silence has exacerbated the selloff. 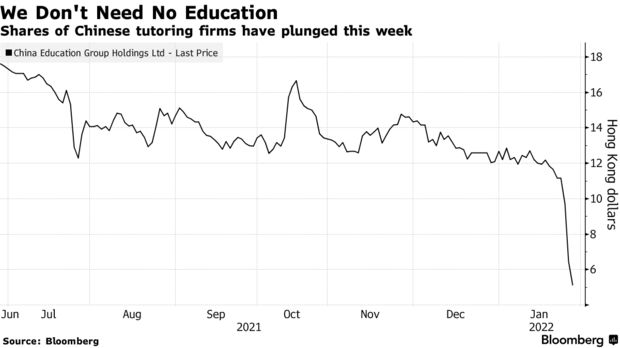 The tumble shows the risks for investors betting that Xi’s government will dial back on campaigns against industries such as education, tech, property and Macau casinos. The Hang Seng China Enterprises Index rallied almost 10% from its low this month as analysts and investors including Societe Generale SA and BlackRock Inc. turned bullish on the nation’s equities.

The gauge has since pared its gains, caught by increasing concern over China’s economic growth, Beijing’s unfettered determination to rein in the “disorderly” expansion of capital, and the risk-off start to the year in global markets. The CSI 300 Index of mainland-listed stocks briefly dipped into a bear market on Thursday.

There seems to be little let up this year in the Communist Party’s regulatory onslaught. In a sweeping communique following the plenary session of the party’s top anti-graft group, the government said it would break the ties between money and power, and tackle corruption in a range of industries. Eleven government agencies will carry out a campaign against money laundering, the People’s Bank of China said Wednesday.

Short selling volume for Hope Education Group Co. rose 337% on Wednesday after climbing 671% the previous day, according to Hong Kong exchange data. It surged 954% on Tuesday for China Education Group.

China education: amid coronavirus and tutor ban parents use boot camps to learn how…

U.S. regulators are in China for audit deal talks