China is poised to unveil a much tougher than anticipated crackdown on the country’s $120 billion private tutoring industry, four sources told Reuters, including trial bans on vacation tutoring and restrictions on advertising.

The new rules, which aim to both to ease pressure on school children and boost the country’s birth rate by lowering family living costs, could be announced as early as next week and take effect next month, two of the people with knowledge of the plans said.

The imposition of a trial ban on both online and offline tutoring over the summer and winter holidays in Beijing, Shanghai and other major cities, cited by the sources, goes much further than the planned measures first reported by Reuters last month.

“The new rules would be stricter than expected,” said one of the sources, a person close to regulators drafting the new rules. “The industry should be preparing for the worst.”

The trial vacation ban, which adds to plans to bar online and offline tutoring on weekends during term time, could deprive tutoring companies of as much as 70-80% of their annual revenue, two of the sources said.

The changes being drafted by the Ministry of Education China and other authorities target the cutthroat tutoring market for school students from kindergarten through to the 12th grade, or K-12 pupils, an industry that has grown rapidly in recent years.

More than 75% of K-12 students – roughly aged from 6 to 18 – in China attended after-school tutoring classes in 2016, according to the most recent figures from the Chinese Society of Education, and anecdotal evidence suggests that percentage has risen.

The planned industry crackdown, which Reuters last month reported had already forced at least one major company providing tutoring services to put a billion-dollar fundraising round on ice, is being driven from the top, said three of the sources

“The education departments are correcting this phenomenon,” Xinhua quoted Xi as saying.

The State Council Information Office and the Ministry of Education did not immediately respond to requests for comment.

The ban on vacation and weekend tutoring would be implemented in nine municipalities and provinces, including Beijing, Shanghai and Jiangsu, for twelve months before being rolled out across the country, one of the sources said.

“While the rules are to be adopted on a trial basis, you would be surprised if other areas don’t follow the lead and even launch tougher regulations to be politically correct,” the source said.

Weekday tutoring, which currently runs until 8-9pm, would be restricted in the trial areas, two of the sources said.

“Excessive” online and offline advertising, in particular in the mainstream media and public places, will be banned, said two of the sources, adding that tuition fees would be tightly controlled.

All four sources declined to be named as they were not authorised to speak to the media. 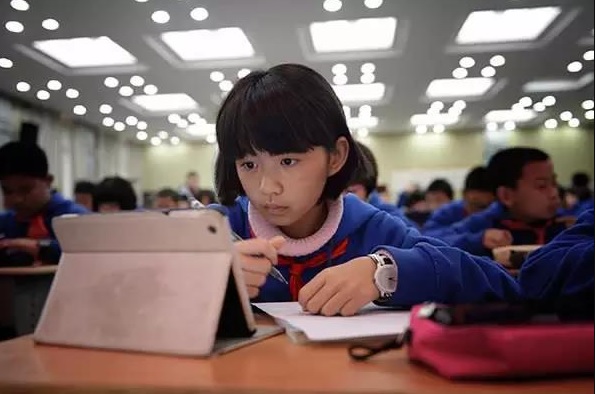 As incomes rise in China, well-off families are eager to see children succeed in an increasingly competitive society.

Competition is so fierce it has given rise to a popular term in parenting circles. Jiwa, or “chicken baby”, refers to anxious parents pumping energy boosting “chicken blood” into their children by loading them up with extracurricular classes.

As well as protecting stressed students, Beijing sees the changes as a financial incentive for couples to have more children as it seeks to shore up a rapidly declining birth rate, the sources said.

The cost of raising a child in urban China, with education accounting for a big chunk of that, has deterred many would-be parents.

China’s population grew over the 10 years to 2020 at the slowest pace in decades, the country’s latest census showed last month, raising fears its dwindling workforce will be unable to support an increasingly elderly population.