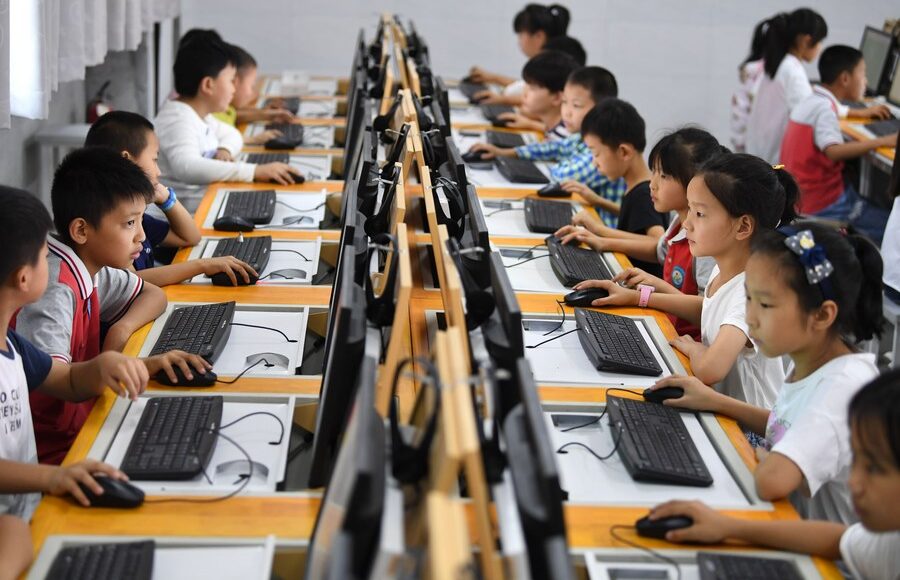 China will set price ranges for after-school tutoring classes and will probe institutions’ costs like teacher salaries, the state planner said on Monday, after the country barred for-profit tutoring in any school subject earlier this year.

Local authorities will set benchmark fee standards and floating ranges that will take into account factors such as local economic conditions and family affordability, the National Development and Reform Commission (NDRC) said in a statement.

The new rules announced in July are aimed at easing pressure on 6- to 15-year-olds in compulsory education as well as reducing the cost burden on parents, part of an effort to boost the nation’s birth rate.

The rules require all institutions offering tutoring on the school curriculum to register as non-profit organisations, triggering when they were announced a heavy selloff in shares of tutoring companies traded in Hong Kong and New York, including New Oriental Education & Technology Group and Koolearn Technology Holding Ltd.

The NDRC also said localities should look into the costs of these tutoring institutions and ensure the salaries of their tutors are not significantly higher than those of teachers at the local public schools.

“All localities must insist that off-campus tutoring on the school curriculum should have public welfare attributes, fully consider how it relates to people’s livelihoods and aim to effectively reduce the education expenditure burdens of students and their families,” the NDRC said in a statement.

China’s education ministry said in a separate statement that scrutiny over the materials such institutes use to teach should be strengthened.

Staff responsible for compiling such materials must have a firm political stance, fully implement the ruling Communist Party’s education policy and possess good morals, the Ministry of Education said.

China said local governments should set the fees for after-school tutoring institutions that offer compulsory education subjects, another step in the country’s efforts to overhaul the private education sector.

Local governments should establish benchmark fees and floating ranges, and include them in pricing catalogs, according to a notice from the National Development and Reform Commission. Price increases from the standard level will be capped at 10%. Local governments need to release their standard price for private tutors and related polices by the end of 2021.

Beijing unveiled a sweeping overhaul of its private education sector in July, banning companies that teach school curriculums from making profits or raising outside capital. It also banned any tutoring for school subjects during vacations or holidays.

The shares of companies such as TAL Education Group, New Oriental Education & Technology Group and Gaotu Techedu Inc., once stock market darlings, have all tumbled.

Other key points from the notice: 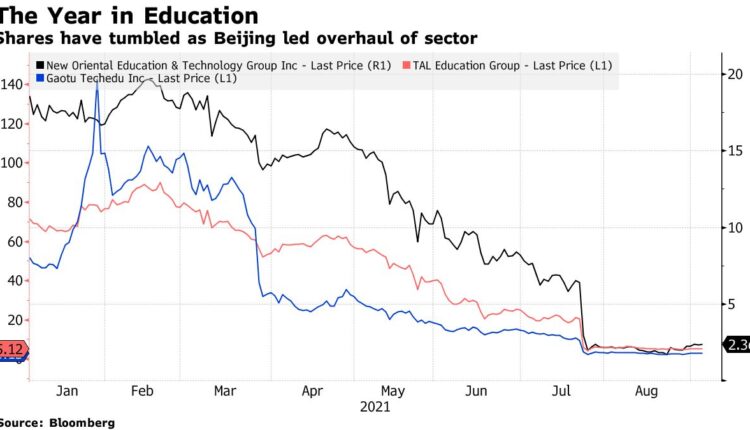 That was a dizzying reversal after the education sector had surged from robust demand and drawn funding from venture capital firms and public investors. The out-of-school education system had been “severely hijacked by capital,” according to an article posted on the site of the Ministry of Education.

Officials have said the goal is to promote equality and decrease the burden of education on children. It coincides with Beijing’s efforts to increase the birth rate as the country faces demographic challenges.

The NDRC also called for education institutions to improve their disclosure of class content and charging practices, while local governments organize and implement the new standards.

Editorial: China’s Economy Has Grown Up. Its Education System Needs to Keep Up

Why China cracked down on education and upended a US$70…