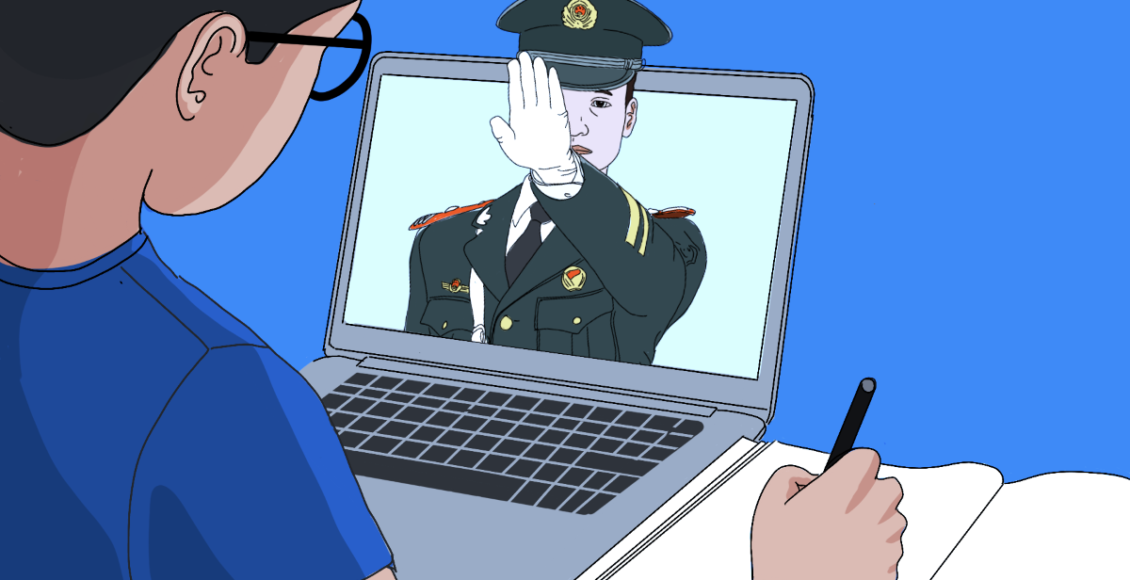 The government ban on Chinese companies making a profit from extracurricular tutoring has been widely covered by English-language media because it affects listed companies that foreign investors have backed. But an even more ambitious campaign to rein in and transform private primary and secondary schools is underway. What is the government trying to achieve?

Last Wednesday, a major reform of China’s private education sector, called the “Law on the Promotion of Private Education” (in Chinese, henceforth “Private Education Law”), went into effect. The law, signed by Premier Lǐ Kèqiáng 李克强 after being introduced in April by the State Council, China’s highest administrative body, prohibits foreign ownership of private compulsory education, and introduces a raft of policies restricting the profiteering of private schools.

In July, the State Council made international headlines when it banned for-profit tutoring through a policy known as “dual alleviation,” referring to the reduction of both homework burdens and after-school training. Subsequent coverage isolated the tutoring sector as a source of mental stress, an obstacle to bearing more children, and an example of “disorderly development” (in Chinese) in the private sector. And while these issues explain part of the rationale behind the policies, they ignore how tutoring policies fit into a wider education reform program now taking shape inside the government. What the private education law demonstrates is that the bans on tutoring were neither an isolated measure nor fully downstream from China’s broader crackdown on technology. Instead, they are part of initiatives to bolster China’s public education system.

China sees the rapid expansion of private education, both regular schools and after-class tutoring, as having corrupted the public education system and the ideals it stands for. Those ideals — of equity and a common good provided by the country and for the country — are eroding, and regulators want to reverse the trend. The efforts are linked to the broader regulatory crackdown on tech monopolies and the wealthy, but they have their own logic rooted in the history of Chinese education.

Schools that are privately run (民办 mínbàn) are one of three types of education systems in China, the others being public and foreign-passport-holding schools. Since the first private education law in 2003, the supply of private schools grew steadily, becoming a popular outlet for foreign investment. In 2020, there were 186,700 private schools in China, accounting for more than one-third of all schools and one-fifth of all students.

The reforms announced last Wednesday, which have been in the works since 2018, are an effort to rein in that initial period of growth. Many of the 68 articles in the law restrict how education can be monetized, especially where public assets are involved: Public schools are prohibited from privatizing parts of their business, while private schools, or those registered as nonprofits, have tighter oversight on their revenue streams.

Other measures evince the ideological overtones now pervasive in the Xí Jìnpíng 习近平 era. The business and curriculums of private schools must now stick closely to those of public schools. Foreign entities are prevented from holding ownership stakes, adherence to national curriculums will be more strongly enforced, and foreign textbooks are prohibited.

The rationale behind the anti-profiteering rules is straightforward: The government does not want public resources to be co-opted by entrepreneurs for the benefit of wealthy clients who send their kids overseas (a decision increasingly seen as unpatriotic). An example: Before the law, prestigious public schools hosted international divisions, which took tuition fees and predominantly sent kids abroad, despite using public school teachers and resources.

“The government is trying to separate the international division from the regular public school,” said Yingyi Ma, a professor at Syracuse University and the author of Ambitious and Anxious: How Chinese College Students Succeed and Struggle in American Higher Education. “It was a very awkward situation because it was private education in part funded by public schools.” Ma, during her fieldwork at several such public schools from 2013 to 2017, was told by school administrators that the division’s hybrid status could be problematic.

The issue extended even beyond education: Regulators recently went after real estate, in part because property developers would fund a new branch of a public school to boost their property values (in Chinese). Now, in an effort to sever the link between expensive homes and good schools, regulators are no longer guaranteeing school placement based on home proximity. Purchases of school-district homes in several cities have plummeted since the news.

The private education law tries to course-correct by erecting barriers between public and private sectors. Private schools can continue to exist, but with tighter restrictions on how they make a profit. But it is at the provincial level that officials — tending to go above and beyond national directives when they detect which way the wind is blowing — are taking the spirit of the law to its logical end. In June, the education department of Sichuan issued a notice to suspend the approval (in Chinese) of new private schools. “Right now, certain provinces such as Sichuan are piloting policies to constrain the private sector. It was all very sudden and [the] policies are meant to make it unfeasible to operate private schools,” Jiāng Xuéqín 江学勤, an education scholar and consultant based in Chengdu, told me.

Throughout the summer, several provinces, including Sichuan and Henan, set a goal to reduce the proportion of private school enrollments to 5% by 2022 (in Chinese) — the current national average is 10.8%. “Private education should be smaller, and it needs to be essentially a private version of the public system, running the same curriculum, running the same hours, all this kind of stuff,” said Julian Fisher, the founder of Venture Education in Beijing. The private school quotas are the most vivid example of what local officials are now doing to restore and rebuild their public schools. 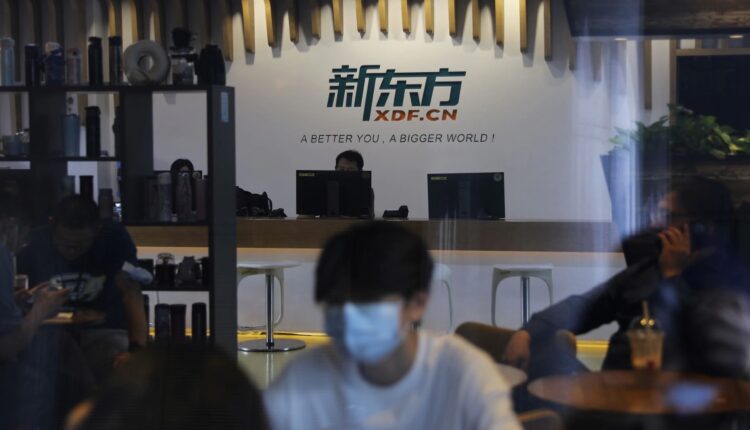 Before China’s education system pivoted toward elite universities — along with the private education market that boomed alongside it — there was a prevailing view that education was more egalitarian.

“Students upon graduation at age 18 became education pioneers, and were sent to China’s poorest communities to build a modern school system,” Jiang said. In the 2000s, the number of vocational schools witnessed a sharp decline going from about 895 in 1995 to 198 in 2008. China rerouted state funds to their top universities to prepare students to compete in an international job market. Today, 11 million Chinese students compete for entrance to China’s top universities, more than four times the number in 1998.

As the country pivoted toward meritocracy, the private education sector boomed, each venture promising students a fast track to the top. According to the education consultancy Venture, in China today, “there is a growing awareness that if everyone is studying harder but the outcomes (university places, etc.) remain the same, there is a considerable amount of wasted time and energy.” The excess energy poured into each child has put a dampener on China’s demographic goals, as well as placing an undue burden on children’s health, all of which have been cited to justify the education reforms.

The reforms have already started to turn back the clock. Local districts in Beijing are now piloting job rotation programs for teachers to avoid a concentration of talent. Notably, the only sector in which the private education law explicitly encourages more private investments is in technical and vocational schools. Across the country, the private education sector is being frozen in order to concentrate resources back into public schools. The view that capital has corrupted public goods is pervasive in recent regulations, including the tutoring guidelines. As an editor in the state-run Global Times wrote in July, the “Chinese government has lately decided to forestall private money entering the education sector, in the belief that the children’s education, like Chinese citizens’ medical care, should primarily be invested and provided by the state, in order to prevent the wealthy families with a higher socioeconomic status from having priority access to education resources.”

An education consultant, who asked not to be named, told SupChina that the policies have prevented bad things, but they have not produced good things. In other words, cutting tutoring and homework time down to size is great, but such prohibitions don’t automatically improve in-school provisions. At the end of the day, the regulator’s arsenal — filled with tools like bans, prescriptions, and inspections — may be fundamentally ill-equipped to provide for what good education requires: entrepreneurialism, creativity, and the space to take risks.

Another obstacle is that Beijing cannot fully prevent the tutoring economy from persisting: As the government chokes supply, tutors have gone underground, charging wealthy families exorbitant fees of up to $460 an hour. So long as socioeconomic outcomes track the gaokao (高考 gāokǎo), China’s all-important college entrance exam, Chinese parents will pay a premium to give their child a competitive edge. Ultimately, the crunch on private and foreign capital is a stopgap, a distraction from the decades-long social ramifications and perverse incentives of the gaokao-induced rat race.

Fisher, the Venture Education founder, believes Chinese private education now faces an “identity crisis.” As China’s private schools hew closer to public expectations, enrollments may suffer. “What’s the point of going to a state or a private school if it’s exactly the same as a public school? Is it worth paying 180,000 yuan [$27,800] a year to go to a school that has nicer facilities when you could go for free?”