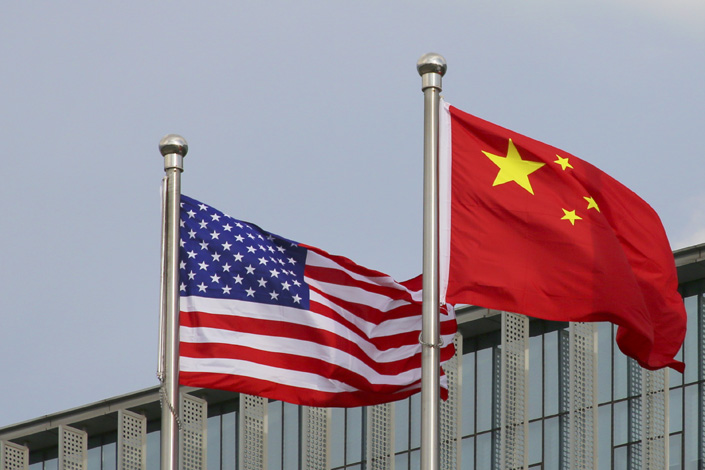 Political maneuvering between Beijing and Washington has become the norm these days, with the U.S. sure to continue to pressure China regarding the international order and tracing the source of the coronavirus among other things. However, in terms of the economy and trade, we believe the last quarter of 2021 will likely see an easing of tensions.

For instance, on July 26, high-ranking officials from the Chinese and U.S. governments held talks in Tianjin. The Chinese side submitted two lists to the U.S. — one asking Washington to correct its faulty policies, words and actions towards China, and the other listing major areas of concern to Beijing.

On Aug. 5, representatives of U.S. retailers, chipmakers, farmers and nearly 36 of America’s most influential business groups wrote to U.S. Trade Representative Katherine Tai and Treasury Secretary Janet Yellen, calling for a reduction of import tariffs so as not to drag down the U.S. economy.

In a July 20 interview with The New York Times, Yellen said that the U.S. government’s imposition of additional tariffs on some Chinese goods is essentially taxing and harming U.S. consumers. This was a clear signal that Yellen is questioning the tariffs on China.

On August 12, Bloomberg reported that Yellen was considering a visit to China. At present, the U.S. is facing high inflation and upcoming midterm elections. Therefore, influenced by multiple drivers, precisely how the Sino-U.S. economic and trade relationship changes is of paramount importance.

According to the Ministry of Commerce, 90% of the extra costs caused by additional tariffs on Chinese products are borne by U.S. importers, which have stripped $1.7 trillion from the market capitalization of U.S. businesses. U.S. importers can only pass on some of the costs to consumers through higher prices. Between 2018 and 2019, the imposition of tariffs reduced U.S. household incomes by $88 billion, while the economic and trade friction has cost the U.S. 245,000 jobs.

In the face of cost and inflationary pressures over the last year, U.S. business representatives and senators have repeatedly pressed the Biden administration to abolish tariffs or restart tariff exemption procedures. On Aug. 5, more than 30 business groups — including the U.S. Chamber of Commerce, Business Roundtable, National Retail Federation, National Farmers Union and Semiconductor Industry Association — wrote to Tai and Yellen, calling on the Biden administration to restart negotiations with China on import tariffs.

However, while reducing or exempting tariffs could ease inflationary pressure in the U.S., it wouldn’t be by very much.

Mechanical and electrical products and mechanical equipment were prioritized on the tariff exclusion list in 2019, and the tariff reduction and exemption process is expected to start in the fourth quarter of 2021. The U.S. is highly dependent on such Chinese imports.

Obviously, Biden’s core aim of the reductions is not to reduce the inflationary pressure, but to boost profits. Specifically, Biden wants to cut tariffs on Chinese products to bolster the core interests of the Democrats, consolidate the party base and build momentum for the 2022 midterm elections.

Alongside the tariffs, China’s countermeasures against the U.S. have also affected its economic recovery.

Early in the 2020 U.S. presidential campaign, Biden made it clear that he did not support additional tariffs on China, arguing that they were tantamount to taxing American businesses and consumers. But times have changed and he won’t lightly give up the political gift left by the Trump administration.

In a March 2021 interview with The Wall Street Journal, when asked whether she would consider eliminating tariffs on China, Katherine Tai said, “No negotiator walks away from leverage, right?”

The Trump administration cared about the aggregate trade deficit, whereas Biden is more concerned about structural economic problems, including excess capacity and the further opening up of related markets. On top of that, Biden will also try to win over workers and farmers in swing states by pushing China to speed up the implementation of its commitments under the phase one bilateral trade agreement to prevent these groups from being courted by Republicans.

Since the beginning of this year, the U.S. and Europe have continuously introduced measures to curb overcapacity. On May 17, the U.S. and the EU reached an agreement whereby the EU would suspend imposition of 50% tariffs on 3.6 billion euros ($4.3 billion) of U.S. exports and the two sides would not escalate their dispute over steel and aluminum duties. In 2016, Europe and the U.S. jointly pressured China over excess capacity in the steel industry.

To safeguard its basic interests, the U.S. is expected to request further opening of the Chinese market. Judging by the contributors to his election campaign, Biden mainly relied on those from the finance, science and technology, health care, internet and new-energy sectors. Therefore, financial, scientific and technical businesses stand to reap huge gains in China. To repay his main contributors, Biden will continue to put pressure on China, in the hope that it will further relax market access requirements and open wider to the outside world.

As the 2022 midterm elections approach, Biden needs to deliver on his promises, and cutting tariffs on China will be his bargaining chip. 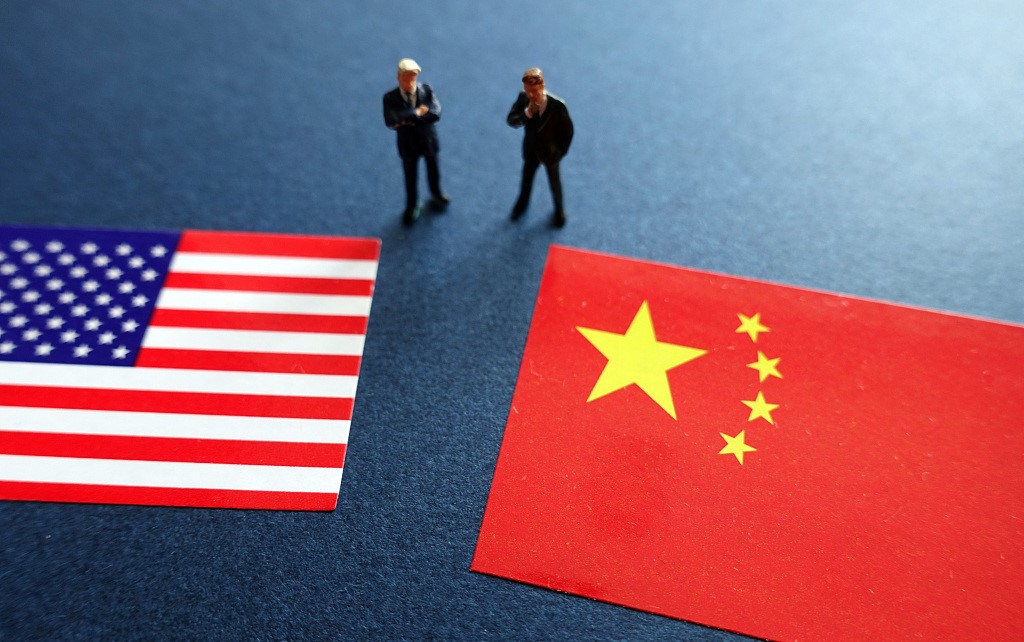 On February 22, Foreign Minister Wang Yi said in a speech at the opening ceremony of the Lanting Forum that China welcomes even greater success for U.S. companies and will continue to take effective measures to improve the country’s business environment. However, that was based on the premise that the U.S. will adjust its policies and remove unreasonable tariffs on Chinese exports.

Cutting tariffs on Chinese goods is of great importance to stabilizing exports in the second half of 2021. Due to repeated outbreaks of the coronavirus and extreme weather, investment, consumption and production in July all fell short of expectations, and export growth showed an obvious downward trend. Hence, cutting tariffs on Chinese products is of great significance to stabilizing its exports and economy in the second half.

Easing economic and trade relations between China and the U.S. would also boost the confidence of Chinese small-and-midsize companies in expanding their capacity and businesses.

Driver No. 4: Fourth quarter is a good window

If Biden ever wants to reduce and exempt tariffs on Chinese products, he needs a “politically correct” time window. For Biden, that would be when employment in the U.S. has basically recovered, while significant inflationary pressure remains.

With both U.S. employment and inflationary factors in mind, we predict that the appropriate time window would probably be sometime in the fourth quarter.

In terms of employment, first and foremost, the U.S will stop paying pandemic-related unemployment benefits in early September, which would push residents to return to the labor market. Also, as the vaccination program progresses, pandemic-linked restrictions on people returning to the job market will be relaxed.

Meanwhile, the supply-demand imbalance in the U.S. will persist in the short term, and inflation is likely to be high in the fourth quarter compared with the same time last year.

On the one hand, the U.S. savings rate is higher than it was before the pandemic, and is still expanding as economic growth accelerates. On the other hand, the U.S. supply recovery continues to be limited, so the supply-demand imbalance will not be alleviated in the short run. The initial inventory level from the current round of restocking in the U.S. is relatively low, thus it is faced with problems such as blocked supply chains, shortages of key basic materials and prolonged delivery of raw materials.

In addition, it will be difficult for the U.S. workforce to return to pre-pandemic levels, with the Federal Reserve’s July monetary policy report showing that the number of retired Americans has risen, extending last year’s gain and sharply shrinking the labor pool.

All in all, supply chain bottlenecks persist, and the U.S. will still face high inflationary pressures in the fourth quarter.

Driver No. 5: China’s purchases in phase one

Another source of hope for an easing of tariffs is China’s active implementation of its commitments under the phase one bilateral trade agreement and its continued push forward with purchases of products covered under the deal.

From January to June, China purchased 51.8 billion yuan ($8 billion) of products as agreed in the phase one deal, achieving 68% of the target for the first half of the year and 34% for the whole year.

The purchase of agricultural and finished products has progressed comparatively more quickly. For agricultural products, the purchase target for the whole year of 2021 is $25.6 billion, with $12.8 billion slated for the first half. However, in the first six months, China bought $14.2 billion, achieving 111% of its interim target.

For finished products, the purchase target for the whole year is $75.5 billion and $37.8 billion in the first half. In the first six months, China completed $31 billion, achieving 82% of its goal, significantly higher than that in 2020.

Driven by China’s buying, U.S. exports of the specified products in phase one grew stronger in the first half than other categories, becoming the main impetus for U.S. export growth and a major fulcrum for America’s economic recovery.

We shouldn’t forget that the phase one agreement involves finished goods, as well as agricultural and energy products, which are closely linked to the vital interests of workers and farmers in U.S. swing states — groups the Trump administration tried hard to court and the Biden administration also needs to win over.