What do Goldman Sachs’s new wealth management joint venture with Industrial and Commercial Bank of China (ICBC) and hedge fund billionaire Ray Dalio have in common? They are both part of a galaxy of global financial investors wanting greater exposure to China’s financial markets because they think the country’s rise is inevitable. We think they are wrong.

We think many of the arguments Dalio made in the column “Don’t be blind to China’s rise in a changing world” published in the Financial Times on Oct. 23, 2020, can be proven wrong today, while others will likely be proven wrong over time. The Chinese market may well be “opening up” to foreigners, but whether it warrants more of their capital is a different matter.

At first glance, the prospect of more Chinese savings entering financial markets appears to justify this excitement as does Chinese securities becoming a bigger part of global investors’ portfolios.

We calculate it would require at least $6 trillion of overseas assets, at current exchange rates, to rebalance domestic savers’ deposit-heavy portfolios so that their distributions resembled those of China’s neighbors. And, as Dalio pointed out in the FT, “the world is underweight Chinese stocks and bonds,” which account for 3% or less of foreign portfolios rather than a “natural” weighting of closer to 15%.

So far, so factual. But many international financial institutions hope that a “normalization” of financial sector policy, a rebalancing of portfolios and continued debt-fueled growth will create a windfall that they should position themselves for now. This is where we part company: we do not expect any fundamental change in the foreseeable future because of the realities of China’s economy.

Most of the country’s household wealth remains tied up in bank accounts and flows abroad are tightly controlled. As a result, the banking system is vast: China’s share of global deposits is roughly double its share of global gross domestic product.

The primary function of Chinese banks is to facilitate government policy, though, fostering economic development in line with the country’s Communist principles. They must ensure key sectors have a ready supply of cheap credit, supporting an economy that maximizes output, not profit.

This model has necessarily funded deficits in the wider corporate sector since the late 1980s, when economic reform began. We estimate that average shortfalls have matched 16% of GDP annually. This has by necessity impacted lending, saving and regulations.

To keep the economy propped up, financing costs have been suppressed; real interest rates have been negative for much of the last forty years. Naturally, the unwillingness to charge borrowers very much has meant even less for depositors. But heavy regulation has been employed and capital flows tightly controlled to ensure they leave most of their wealth in the bank.

If China’s government contemplates any normalization of its approach, it will face a difficult choice. Authorities can either allow markets to allocate funds to companies seeking to maximize profits, or they can continue to steer capital to the many that destroy shareholder value. In the latter case, investors would have to accept that China’s financial markets serve no real economic purpose and that long-term returns will likely be constrained.

As the famous investor Ben Graham observed, “the stock market may be a voting machine in the short term but over time it is a weighing machine.”

Without the underlying driver of profit maximization, it is difficult to see Chinese stocks delivering the sort of returns investors expect. That means the nation’s savers will likely lose out along with any long-term passive investor that follows Dalio’s GDP weighting approach — a strategy that failed during the Asian financial crisis in the late 1990s. But any sea change in corporate behavior would not align with policymakers’ economic goals. 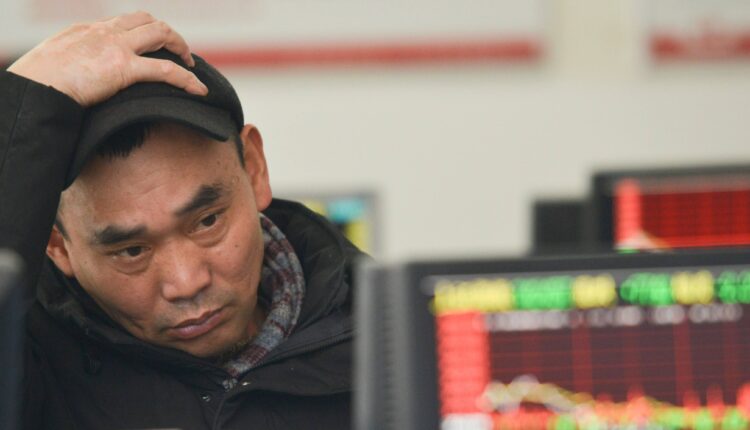 A difficult situation would also arise if more domestic funds were allowed to leave the country. Any deregulation of the savings markets would likely drain China’s precious foreign exchange reserves to a dangerously low level.

Though these reserves are large in nominal terms, whether they are sufficient for an economy of China’s size remains an open question. Moreover, if savers were to rebalance to regional norms, we see the banking system facing a loan-to-deposit ratio of at least 180%, hindering its primary function of providing cheap credit to businesses. Companies’ funding costs would also soar, causing numerous restructurings that would further damage investor returns.

For the foreseeable future, then, China’s banks and corporates simply cannot afford to allow domestic savings to leave. And the outlook is increasingly negative even with these savings locked up at home. With an already high debt load, a slowing economy and a growing percentage of underperforming loans after years of uneconomic lending, Chinese banks will increasingly struggle and their capacity for making new loans will shrink. That partly explains China’s motivation for attracting more foreign investors. Promising normalization and securing new sources of capital helps delay difficult decisions.

This is all before the practical considerations that Dalio barely mentioned, such as the implications of placing money in a country with capital controls or satisfying the demands of home regulators and investors particularly when these have a growing focus on environmental, social and governance principles, as well as navigating an increasingly bitter and tense geopolitical rivalry. No one knows what the right risk premium for all this is.

In any market the size of China, investors will have an early opportunity for easy gains. Given that hedge funds tend to have short-term horizons, Dalio may well profit. But we think the potential rewards will fade eventually.

Worse still, if China is unable to reform its domestic economy or the international political situation deteriorates further, even withdrawing capital may become problematic. If that happens, investors and companies that entered in haste will have time to repent at leisure.

A year of living dangerously: timeline of Beijing’s…