China and the United States are shipping goods to each other at the briskest pace in years, making the world’s largest bilateral trade relationship look as if the protracted tariff war and coronavirus pandemic never happened.

Eighteen months after the Trump administration signed the phase-one trade deal, the agreement has turned out to be a truce at best. The US trade deficit has not shrunk, most levies are still in place, and it has not led to negotiations over other economic issues.

And yet, bilateral trade in goods is an area of stability in a relationship that has otherwise continued to deteriorate, with rising tension over Hong Kong, Taiwan, human rights, the origins of the coronavirus pandemic, accusations of computer hacking and many other flashpoints.

Monthly two-way trade, which tumbled to US$19 billion in February 2020 amid shutdowns in Chinese factories, rebounded over the past year to record levels, according to official Chinese data.

We’ve seen the strong consumer demand that’s been occurring throughout the pandemic, and we’ve seen the import levels just go through the roof
Jonathan Gold 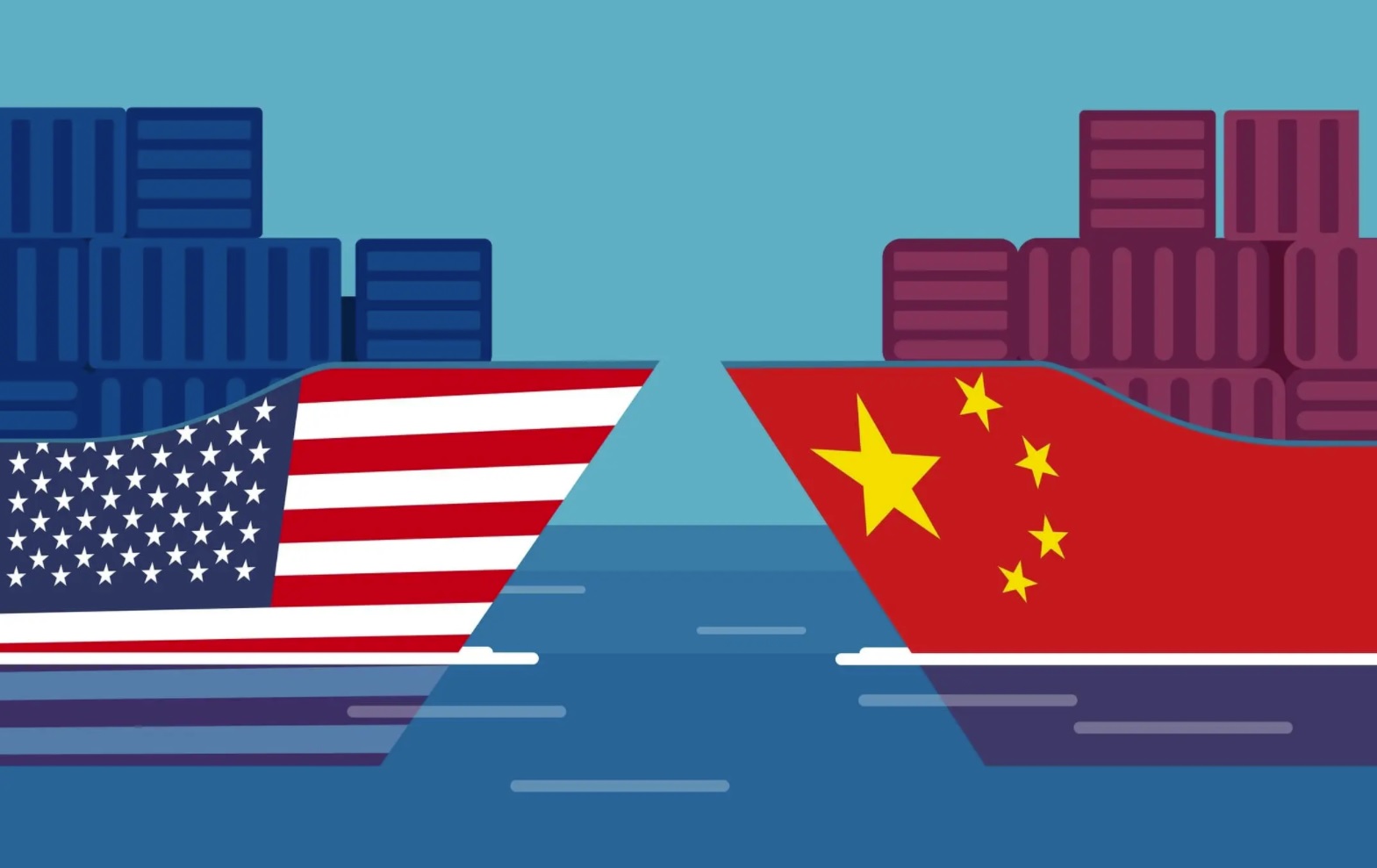 And that boom looks set to continue, with China purchasing millions of tons of US farm goods for this year and next and stuck-at-home US consumers still shopping and importing in record amounts.

While the US government’s numbers differ somewhat, the bustling trade has defied all expectations that the tariffs on hundreds of billions of dollars worth of merchandise would force a decoupling of supply chains.

Instead, both sides have learned to live with the taxes, with Chinese firms buying more to fulfil the terms of the 2020 trade deal, and US companies purchasing goods they cannot get elsewhere to meet elevated houasehold demand fuelled in part by trillions of dollars in government stimulus.

“We’ve seen the strong consumer demand that’s been occurring throughout the pandemic, and we’ve seen the import levels just go through the roof,” said Jonathan Gold, vice-president of supply chains and customs policy at the National Retail Federation (NRF), which represents vendors from family-run stores through to the large retail chain behemoths. “That’s a strong sign that the economy continues to recover.” 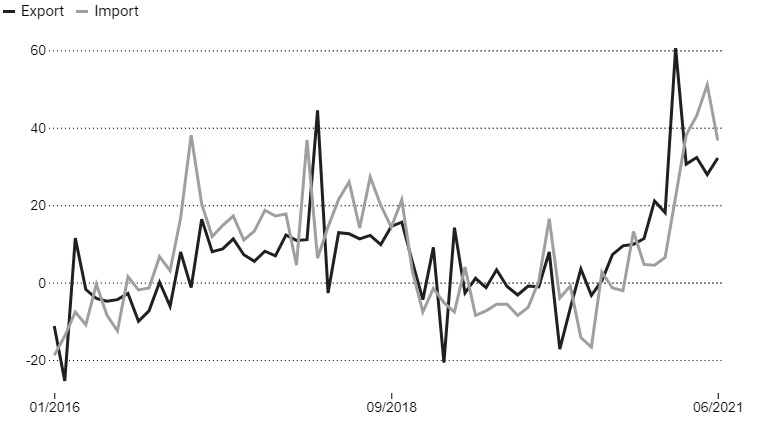 Exports from South Korea and Taiwan to the US have also risen over the same period, underscoring the strength of US demand despite one of the worst outbreaks of Covid-19 of any nation.

Almost half of the US$259 billion in cargo moving in and out of Los Angeles port – the US’s biggest – involves China and Hong Kong. US demand for goods continues unabated, with record inbound shipments to the port in May as companies start to restock ahead of the Christmas shopping season.

“All signs point to a robust second half of the year,” Los Angeles port executive director Gene Seroka said during a recent press briefing, noting that autumn fashion, back-to-school, Halloween and holiday goods were already arriving on the docks.

With tariffs in place on more than US$300 billion in imports from China, from footwear and clothing to electronics and bicycles and even pet food, many US retailers are choosing to absorb the cost and squeezing their profit margins, the NRF’s Gold said. Some are passing these along to consumers.

Firms also are dealing with backlogs and bottlenecks at US ports and increased shipping costs.

“Between the cost of the tariffs and the increased cost of transportation that we’re seeing, that’s having an impact on companies’ bottom line,” Gold added. “They’ve seen significant cost increases as a result of both the trade war and the transportation crisis we’re facing.”

The Biden administration has not said whether it plans to continue with the deal and is reviewing US policy toward China, but with US Trade Representative Katherine Tai calling the trade relationship “unbalanced” and US Treasury Secretary Janet Yellen saying the deal did not address the fundamental problems with China, the outlook is unfavourable.

On top of those tensions, China’s purchasing targets expire at the end of the year, and the nation is well behind where it promised it would be now.

China buys what China needs, If it’s buying more of certain American products, it’s doing so probably out of its own interest
Chad Bown

Those targets were initially seen as unrealistically high and problems like the Covid-19 pandemic or the grounding of the Boeing 737 MAX jet put them even further out of reach.

Even if the deal is scrapped, the lesson from the past four or so years is that even if there is political will, it is harder to stop or divert international trade than might have been thought.

With Beijing missing its purchase targets, China refraining from aircraft purchases and companies moving car production out of the US to avoid getting hit with tariffs from the trade war, the agreement between the world’s two biggest economies is “pretty irrelevant at this stage,” said Chad Bown, a senior fellow at the Peterson Institute for International Economics, whose latest research has focused on the pact.

“China buys what China needs,” Bown said. “If it’s buying more of certain American products, it’s doing so probably out of its own interest.”