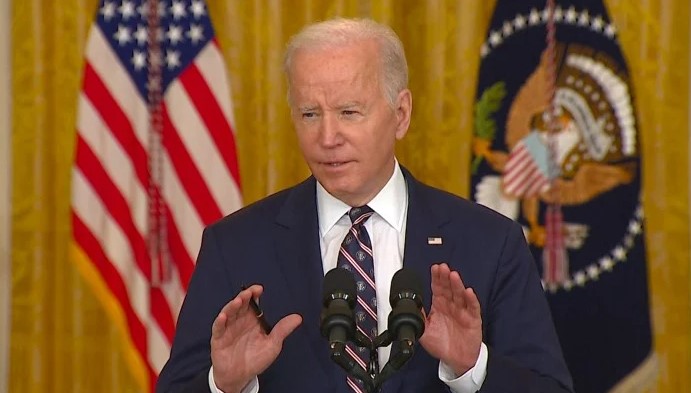 China’s “robust” trade relationship with Russia could put it in a position to offer economic and diplomatic help to Moscow, as it faces numerous sanctions from the United States and its European allies over its aggression towards Ukraine.

China’s economy faces “limited” and “minimal” impact from any sanctions against Russia after President Vladimir Putin formally recognised two breakaway regions in eastern Ukraine on Monday, and China even has the potential to benefit from a potential conflict – including from cheaper oil prices – analysts say.

Putin’s recognition of Ukraine’s Donetsk and Luhansk regions – collectively known as the Donbas – comes just over two and a half weeks after his meeting with Chinese Preident Xi Jinping in Beijing earlier this month.

The escalation of the crisis drew swift international condemnation and immediate sanctions from US President Joe Biden, who signed an executive order halting American business activity in the breakaway regions and banning imports of all goods from areas controlled by Russian-backed separatists.

“The impact on Russia-China economic cooperation is going to be quite limited, mostly to the American sanctions targeting the companies doing business with Donetsk and Lugansk,” said Anna Kireeva, associate professor at Moscow State Institute of International Relations.

“China has already been doing business with the Russian energy companies targeted by the American sanctions such as Novatek and the formula that the two employ has been cooperation between state-owned enterprises and financing by state-owned banks, which helps to shield against the damage.

“The sanctions targeting the Russian banks might make it more difficult for the Chinese banks to conduct financial operations with them, making it more important to establish working level channels between banking sectors to mitigate the damage and increase the share of trade in national currencies.

Chinese Foreign Minister Wang Yi has “expressed concern” about the Ukraine crisis, but Beijing has refrained from taking a clear position on the issue, despite pressure from Washington.

The US announced further sanctions on Tuesday, while Britain, Germany and the European Union also responded with their own restrictions.

The US, though, has yet to exclude Russia from the US dollar-dominated SWIFT financial messaging service.

“The sanctions against Russia will be unprecedented, and will be financial sanctions,” said Shi Yinhong, an international relations professor at Renmin University and adviser to the State Council, China’s cabinet.

“Chinese companies’ trade with Russia will be affected, but China is unlikely to challenge Western sanctions. China will help Russia to offset the impact in an indirect way. For example, a deal on February 18 about China purchasing Russia’s coal.”

Both China and Russia have expressed interest in moving away from reliance on the US dollar. According to a report by the Atlantic Council last week, just a little over half of Russia’s total exports are now settled in US dollars, having been as high as 80 per cent in 2013.

“The impact on China will be minimal. Given this is not a new crisis, Beijing has prudently factored in the potential costs of this conflict. Sanctions will hurt the US more,” said Shalendra D. Sharma, interim head of the department of political science at Hong Kong’s Lingnan University.

“[China can help Russia] both economically and diplomatically. Beijing already has robust trading relations with Moscow and it can fill [Russia’s] needs.”

During the meeting between Xi and Putin, on the eve of the Beijing Winter Olympics, the countries agreed to a deal for Russia to supply China with 10 billion cubic metres (353 billion cubic feet) of gas per year.

A joint statement that followed it said the neighbours “entering a new era and global sustainable development”, and included a list of documents related to natural gas, technology, trade, finance, agriculture and green energy.

Russia is China’s third largest gas supplier and, before the Ukraine crisis escalated, Moscow had already been strengthening ties with the world’s No 2 economy while reducing dependence on traditional European energy customers.

However, there are questions over the impact that sanctions would have on the newly-signed gas deal, which is to be paid in euros.

“China might get oil cheap, as Russia will lose its market in Europe. So world prices could rise, but not for China. That is what happened in 2014, after Russia took Crimea,” said Dr David Zweig, director at Transnational China Consulting.

“If a general global slowdown happens, that could hurt China’s exports.”

Chen Fengying, a senior fellow with the China Institutes of Contemporary International Relations, a Beijing-based governmental think tank, urged the government to be patient.

She said the impact of the conflict on China had already been shown in the domestic stock market as concerns over war and overall global economic recovery have increased. But she added bilateral trade should not be affected despite imminent Western sanctions.

“Many China-Russian deals still need to be implemented. Trade and geopolitics should not be messed together,” she added.

The geopolitical tension has disrupted the crude oil market and it could impact China as the world’s largest energy importer, Chen added.