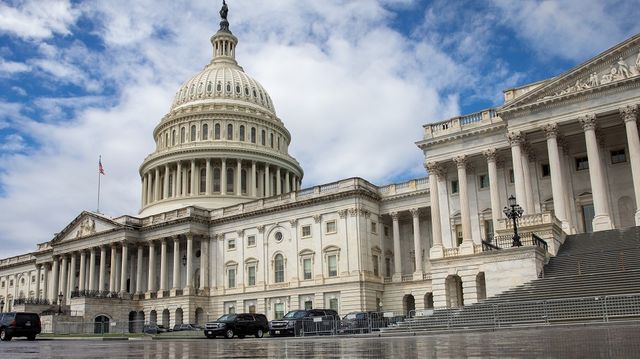 The U.S. House passed legislation designed to punish China for its treatment of Uyghur Muslims in the country’s far western Xinjiang region, a move that is sure to anger Beijing and add to rising tension between the world’s two largest economies.

The 428-1 vote on the Uyghur Forced Labor Prevention Act demonstrated the broad, bipartisan sentiment in Congress for the U.S. taking a harder line against China. A similar measure has already passed in the Senate. Shares of most Chinese solar equipment manufacturers fell on Thursday, including Trina Solar Co. and JA Solar Technology Co.

“The People’s Republic of China is waging a brutal campaign of repression against the Uyghur people and other minorities with mass incarceration, torture and forced labor,” House Speaker Nancy Pelosi said during a news conference Wednesday before the vote. “With these bills, the House is combating this horrific situation and shining a light on Beijing’s abuse.”

The House action follows a White House announcement earlier this week that the U.S. will engage in a “diplomatic boycott” of the Winter Olympic Games in Beijing by refusing to send an official delegation to the event over human rights concerns.

The House also approved by similar margins two additional measures related to the Uyghur Muslims, including a resolution expressing the view of the House that the International Olympic Committee “failed to adhere to its own human rights commitments” in the Peng Shuai case and a resolution that asserts genocide is occurring in Xinjiang and asks for a UN investigation of the matter.

The legislation that will have the biggest impact by far is the forced labor bill, which was introduced in the House by Representatives Jim McGovern, a Massachusetts Democrat, and Chris Smith, a New Jersey Republican, and has 111 co-sponsors.

“Many products used every day by people all over our country, including clothing, food, and shoes, are made using forced labor,” McGovern said. “The imperative to act is clear.”

The bill would require the U.S Department of Homeland Security to create a list of entities that collaborate with the Chinese government in the repression of the Uyghurs, a predominately Muslim ethnic minority, in Xinjiang, as well as other groups, and ban those goods from entering the U.S. The bill contains a “rebuttable presumption” clause that assumes all goods coming from Xinjiang are made with forced labor – and thus banned – unless the commissioner of U.S. Customs and Border Protection gives an exception.

“Some people are going to say, ‘Oh my gosh, if we don’t do business with Xinjiang, the cost of products go up,’” Democratic Representative Tom Suozzi of New York, one of the bill’s co-sponsors, said in a statement. “Well, that’s too damn bad. This should shock everyone’s conscience. The United States must stand up for its values and make it clear that we will not be complicit in the internment and forced labor of Uyghur Muslims.”

The vote came despite what Senator Jeff Merkley, an Oregon Democrat and sponsor of the Senate version of the legislation, said was “hesitancy” from the Biden administration. He said last month that it stemmed from concerns about “critical supply chains and the ability to clearly establish what material goods have been tainted by forced labor.”

However last week, with support for the measure rising in Congress, White House press secretary Jen Psaki said the administration supports the Uyghur human rights legislation and was not lobbying against it.

Senator Marco Rubio, a Florida Republican and one of the Senate sponsors of the bill, said he was happy the House was acting but that he worried jurisdictional issues could slow down the bill’s progress in the Senate.

“They’re passing a bill that they know has had, in the past, jurisdictional problems in the Senate,” Rubio said during an American Compass event at Hillsdale College Wednesday. “My sense is, even as they pass that today and I’m glad they’re taking action, they’re doing it in a way that helps those who are trying to keep this from becoming law.”

The Senate would either have to take up the House bill or work out a compromise between the two measures before the bill could be sent to President Joe Biden for a signature. With the end of the year rapidly approaching and a host of other measures competing for Congress’s attention, including addressing the debt ceiling and passing Biden’s signature Build Back Better legislation, the chances of getting something done before the end of the year are rapidly diminishing.

China regularly hits back at the genocide accusations leveled by the U.S. government and lawmakers in other nations. Chinese Foreign Ministry spokesman Zhao Lijian last week called allegations of forced labor in Xinjiang “a lie” and said the bill “is pure political manipulation with the intention to undermine Xinjiang’s stability and development under the pretext of human rights.”

Bad news, Beijing kids: Tutoring is back, and it’s free for everybody