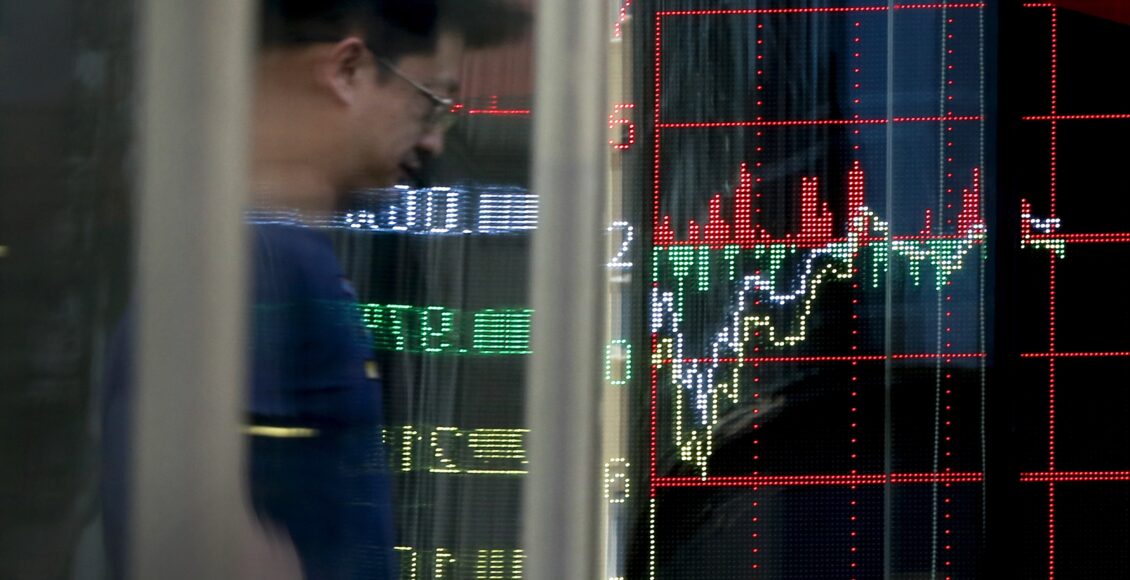 Hong Kong stocks fell, sending the benchmark index to its biggest weekly loss in four months, after tech firms sold off as Asia’s second-largest equity market returned from a holiday break. Concerns about higher interest rates re-emerged after the IMF commented on the US policy outlook.

The Hang Seng Index slumped 1.6 per cent to 28,365.36 at the noon break, following a holiday on Thursday to mark the city’s 24th handover anniversary. The gauge has plunged 3.2 per cent this week, the worst since the five-day to February 26. The Hang Seng Tech Index tumbled 3.1 per cent, the most in seven weeks.

The Shanghai Composite Index slid 1.6 per cent, as sell-offs deepened after the celebration marking the ruling Communist Party’s centenary. The ChiNext index of small-cap tech start-ups tumbled 2.4 per cent, extending a retreat from a six-year high this week as investors fretted about stretched valuations. 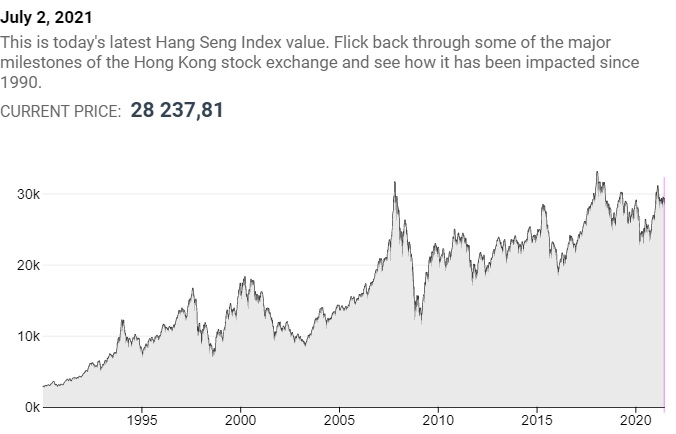 “The emergence of the new virus strain will make the pandemic the biggest ‘grey rhino’ for the economic recovery and liquidity expectations in the second half,” said Chen Long, an analyst at Zhongtai Securities. “The market will swoon because of the two factors.”

Stocks have pulled back amid concerns about China’s economic slowdown after stagnant data on manufacturing and services industries in recent weeks, while a flare-up in cases involving the more contagious Delta variant also dashed the hope for border reopening.

Issues surrounding the Federal Reserve’s bond tapering and interest rate lift-off also weighed sentiment. The International Monetary Fund said that the Fed is likely to start dialling back asset purchases in the first half of 2022, and probably needs to raise borrowing costs later that year or in early 2023. That is sooner than the late-2023 lift-off projected by the US central bank last month.

The decline in Hong Kong and the mainland bucked the other major markets in Asia, which posted moderate gains following record closes in US equities overnight following reports of strong economic data. Traders are waiting for the US payrolls report due for release on Friday on the pulse of the US economy.

Bucking trend, PetroChina rallied 1.9 per cent to HK$3.85 in Hong Kong. The oil producer probably posted first-half profit of between 75 billion yuan (US$11.6 billion) and 90 billion yuan, compared with a loss the year before, according to an exchange filing.

SCE Intelligent Commercial Management Holdings, a Shanghai-based property management company, rose 8.9 per cent from its initial public offering price to HK$4.03 on the first day of trading in the city. In Shenzhen, Qingdao Hi-Tech Mounds & Plastics Technology surged 93 per cent from its offer price to 62.46 yuan.