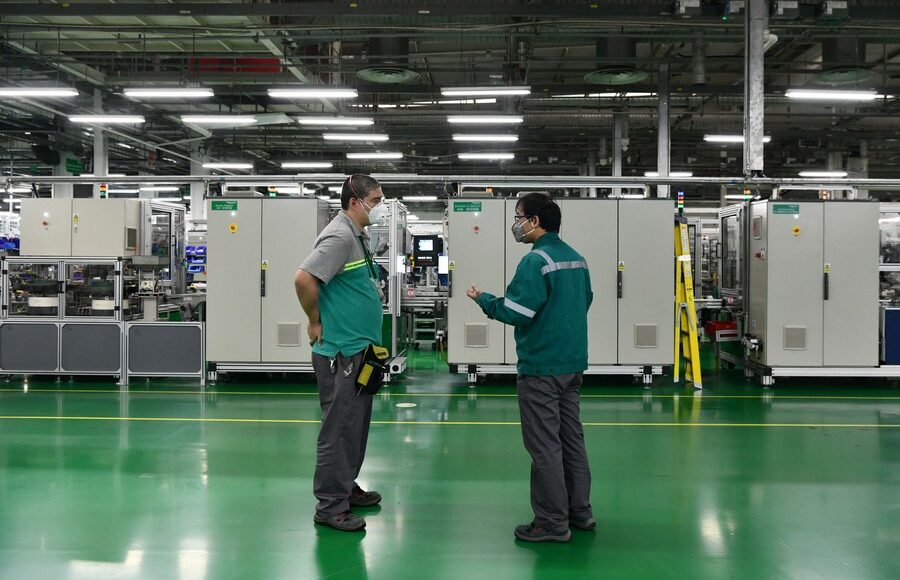 Schneider Electric has agreed to partner with China in its industrial transition through the platform for exchanges and cooperation provided by the China International Import Expo (CIIE), said Yin, who is in charge of the company’s China operations.

This year, Schneider Electric will, for the fourth consecutive year, participate in the CIIE, which will be held in Shanghai, China, between Nov. 5 and Nov. 10. It will showcase its Zero Carbon City concept and a range of technologies designed to achieve carbon neutrality.

Yin recalled that there is a global consensus on the need for a green transition and a low-carbon scenario, and said that China plays a pivotal role in this process.

The transition to a low-carbon and digital economy is a key element of China’s industrial development, Yin said, adding that Schneider Electric is committed to building a “zero carbon future” together with its partners by accumulating technical experience in energy management and automation to help transform the industry in China.

“The success of the first three editions of the CIIE and the upcoming fourth edition fully demonstrate China’s determination and actions to continue to open up and create a sound business environment,” he said.

“China aims to build an open and equitable business environment, strengthen the protection of intellectual property rights and treat both domestic and foreign companies as equals, which gives Schneider Electric and other multinationals more confidence in China, and also provides a rich soil for Schneider Electric to establish its roots in China,” Yin said.

The CIIE also demonstrates how China manages to pursue its economic and trade-related goals even in the context of pandemic prevention and control, which strengthens Schneider Electric’s confidence in its long-term development in China, Yin said.

“Despite some uncertainties caused by the pandemic, Schneider Electric remains optimistic about its long-term market position in China. The country’s new measures to open up its economy fully demonstrate China’s inclusiveness, which provides further opportunities for collaboration, innovation and win-win cooperation with our Chinese partners,” Yin said.

Didi, Pinduoduo and Others Could Seek Homecoming on U.S.…