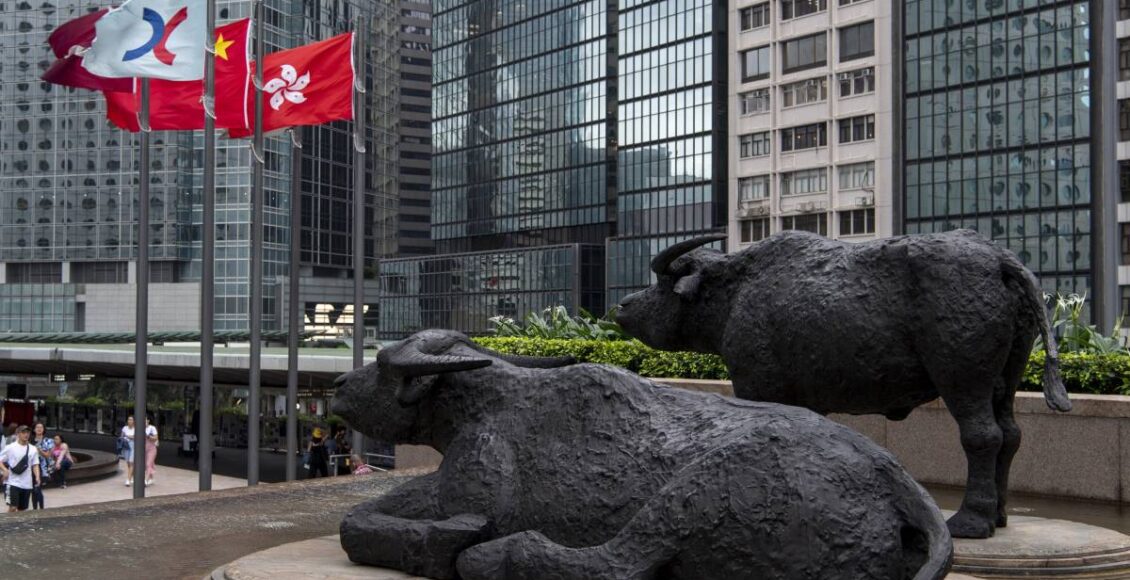 Chinese internet companies’ market values fell by a record amount in the third quarter, as the ongoing wave of tougher regulations and bolstered enforcement spook investors.

The total market value of the 176 listed Chinese internet firms fell by more than 5 trillion yuan ($781 billion) to 13.6 trillion yuan, sinking more than 27% quarter-on-quarter and 19.5% year-on-year, according to a research institute under the Ministry of Industry and Information Technology.

The China Academy of Information and Communications Technology attributed the drop to the “country’s tightened regulations, pandemic flare-ups and other uncertainties” in its Tuesday report.

The figure is calculated based on the firms’ market value on the last day of the quarter, Sept. 30, compared to the final day of the previous quarter, June 30. 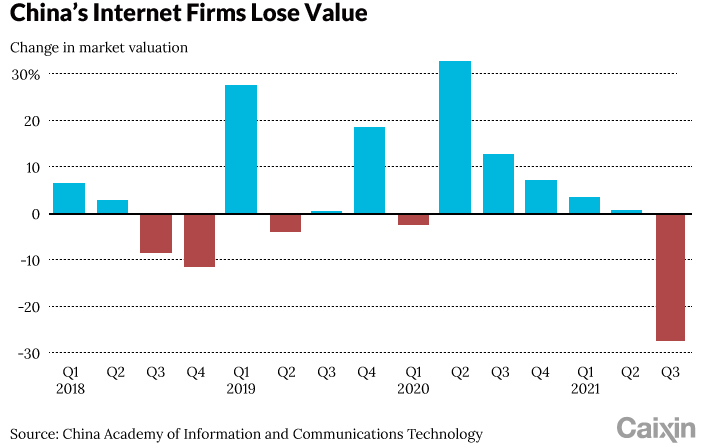 The previous record was set in the fourth quarter of 2018, when the 167 Chinese internet companies listed at the time saw their market values drop 11.7% from the previous quarter to about 8 trillion yuan.

Nine of the 10 highest valued firms saw their values shrink over the period. The 10 firms accounted for over 78% of the 176 companies’ total market value in the third quarter, down from 83% a year prior.

Financial information platform East Money Information Co. Ltd. (300059.SZ +0.49%) was the only one of the top 10 that had a growing market value. The firm’s net profit jumped 57.76% to 2.5 billion yuan in the third quarter, according to its latest quarterly report. 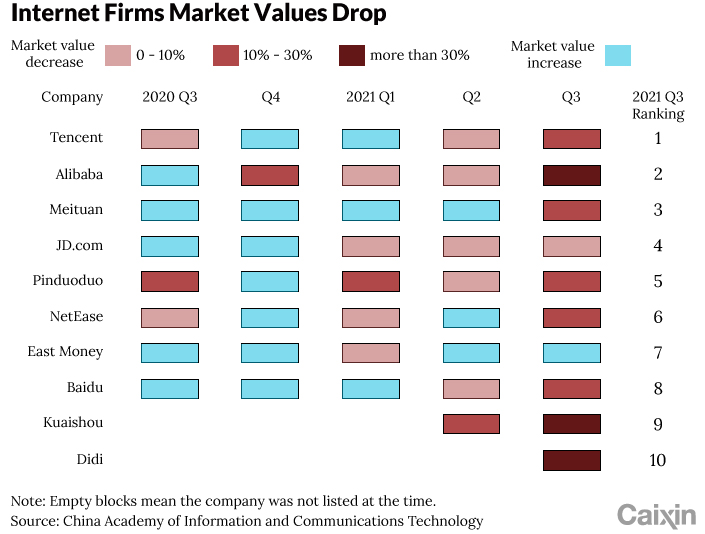 E-commerce giant Alibaba was the only one of the top 10 to see a fourth consecutive quarter of decline. In the last quarter of 2020, Alibaba’s fintech affiliate’s planned initial public offering was abruptly called off by the authorities.

In April, the company was fined a record 18.2 billion yuan by the market watchdog for violating antitrust rules. That month, the authorities summoned a number of major internet companies to warn them on anticompetitive behavior, punishing several, including Tencent and Meituan, over the subsequent months.

The renewed regulatory focus on data security came into the spotlight with the fallout of the U.S. listing of Didi in June. Following the IPO, the Cyberspace Administration of China (CAC) began an investigation into the company, ordered its app removed from app stores, and accused it of having seriously violated rules on the collection and use of private information.

The CAC subsequently expanded the investigation to include two other Chinese tech companies that went public in the U.S. in June. The watchdog pledged to strengthen oversight of overseas-listed companies and issued draft rules that would see any Chinese internet company of significant size have to get a cybersecurity review if they seek to raise money abroad.