The Regional Comprehensive Economic Partnership (RCEP), described as “a coup for China” by France 24, ratifies a grand realignment of Asian economies around China’s import market.

Exports to China from the rest of Asia rose by 260% between 2016 and 2021, the biggest margin of trade expansion in any major market. Asia’s recovery from the pandemic recession and its prospects for future growth depend increasingly on China.

China’s willingness and capacity to absorb imports from other Asian countries presented its Asian neighbors with an offer they couldn’t refuse. Import tariffs within the 15-nation trading bloc will fall by 90% over time under the RCEP, giving the other Asian economies more access to China’s market.

By opening its economy to the rest of Asia, China made the deal attractive to countries such as Australia whose trade and diplomatic relations with Beijing have been tense since 2020.

Among the 15 members, China was the first to ratify RCEP, as Chinese President Xi Jinping noted in a November 5 speech. Xi also said that China would do its utmost to join the Comprehensive and Progressive Agreement for Trans-Pacific Partnership (CPTPP), originally launched by the US as an anti-China trade club.

President Donald Trump took the US out of the Trans-Pacific Partnership in 2017, and the Biden administration has indicated no interest in reversing the decision. 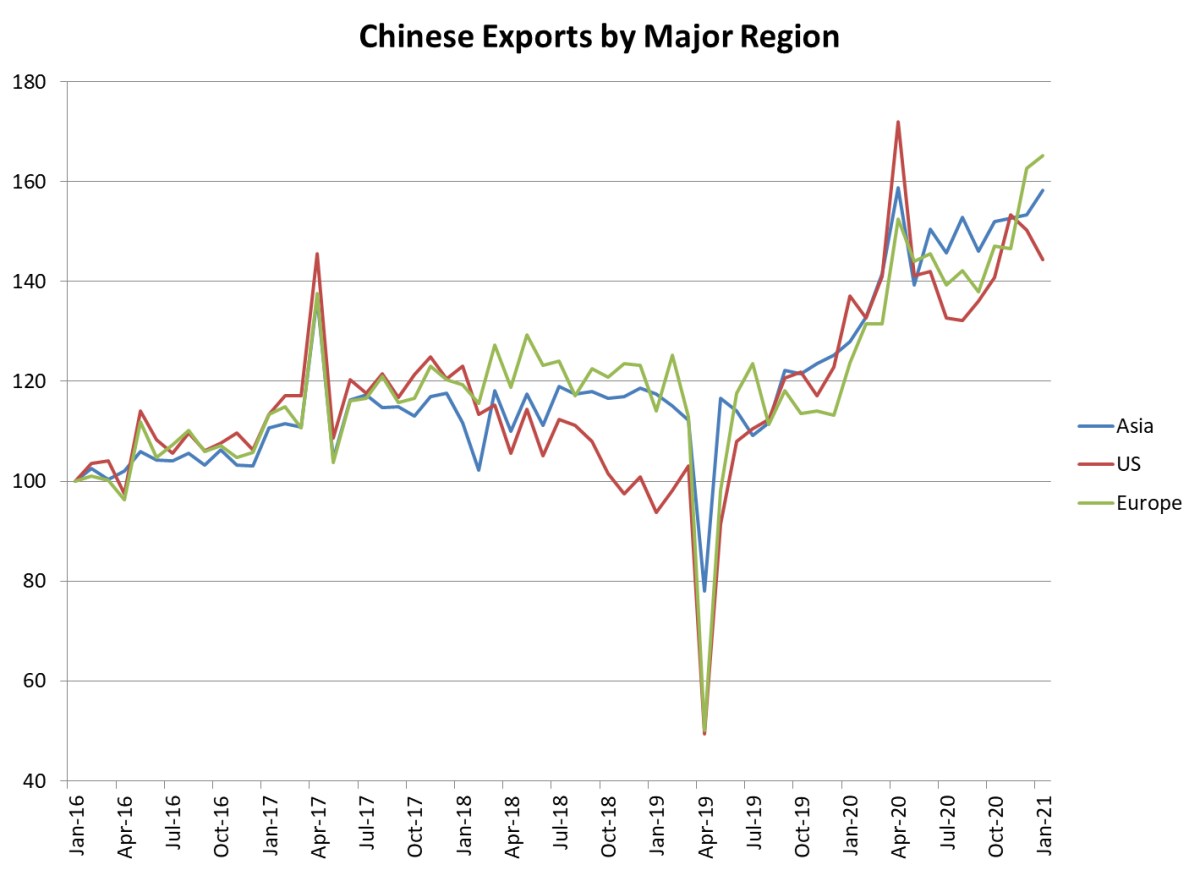 China has emerged as the center of gravity in a triangular relationship with the United States and Europe on one side, and the rest of Asia on the other.

Chinese exports to the industrial world surged in the wake of the Covid-19 pandemic, as China met the demand generated by government stimulus programs in the West. Asia provided parts and raw materials for China’s export industry.

Some American political leaders viewed the inauguration of RCEP with dismay. Fifteen Republican members of the Senate Finance Committee signed a November 8 letter urging the White House to “begin digital trade negotiations with our allies and partners in Asia.”

“China is quickly seizing the initiative for trade policy in the East—to the detriment of United States interests. Fifteen countries—comprising 30 percent of global Gross Domestic Product—have signed on to a trade deal that China backs: the Regional Comprehensive Economic Partnership (RCEP), an agreement that comports with China’s interests, including weak rules on intellectual property rights, and none whatsoever on state-owned enterprises,” they wrote.

“Meanwhile, while the United States continues to disparage the Comprehensive and Progressive Transpacific Partnership (CP-TPP), the agreement that it helped negotiate, China now wants to join it. That China could someday become an outsized member of both major trade blocs in Asia while the United States is party to neither, is a strategically unfavorable position to be in for the United States. If this challenge is left unanswered, China will continue to make headway in its strategy to build a China-centric economic order and displace the United States from its pre-eminent position in international affairs,” the letter said.

There is little chance that the Biden administration will return to Asian trade diplomacy, however. Trump made trade a toxic issue, and the Democrats do not want to expose a flank ahead of the 2022 Congressional elections.

China’s enormous internal market, meanwhile, has become a magnet for the rest of Asia. In the past, China has used non-tariff barriers to protect its domestic industries from foreign competition, a source of recurring complaints from Washington.

“Significant barriers for US companies” selling to China “still exist,” the US Special Trade Representative (USTR) wrote in February 2021. “The US government has demanded that the Chinese government address these barriers and vigorously enforced US and international trade laws and obligations,” the USTR said.

But China has opened the floodgates for Asian imports. The aggregate numbers are inflated somewhat by the past year’s rise in raw materials prices, but the most impressive gain in China’s imports came from Taiwan, which sells electronics to China. 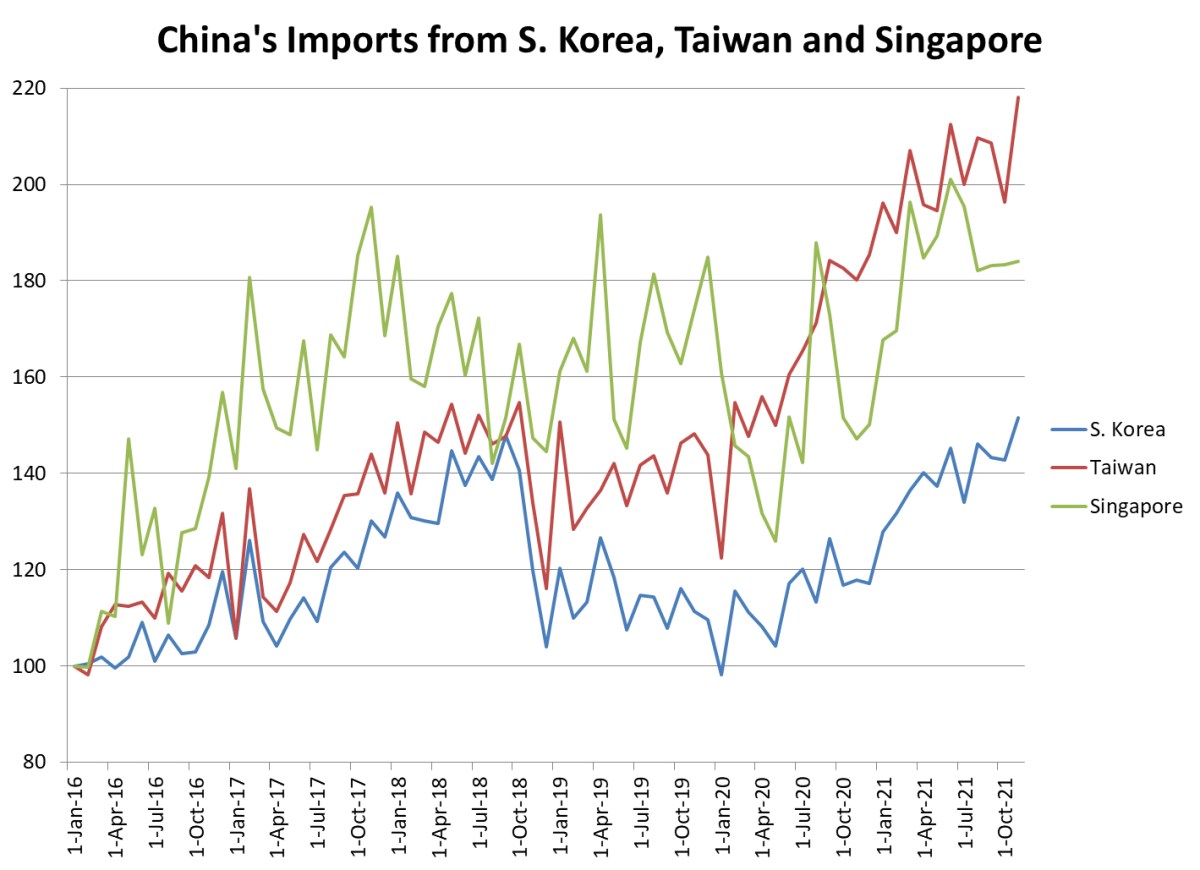 Taiwan’s exports to China more than doubled since 2016, with most of the growth occurring over the past two years. Part of China’s purchases from Taiwan include components that China assembles into electronics goods for the US and European markets, and part reflects China’s increasing demand for semiconductors. 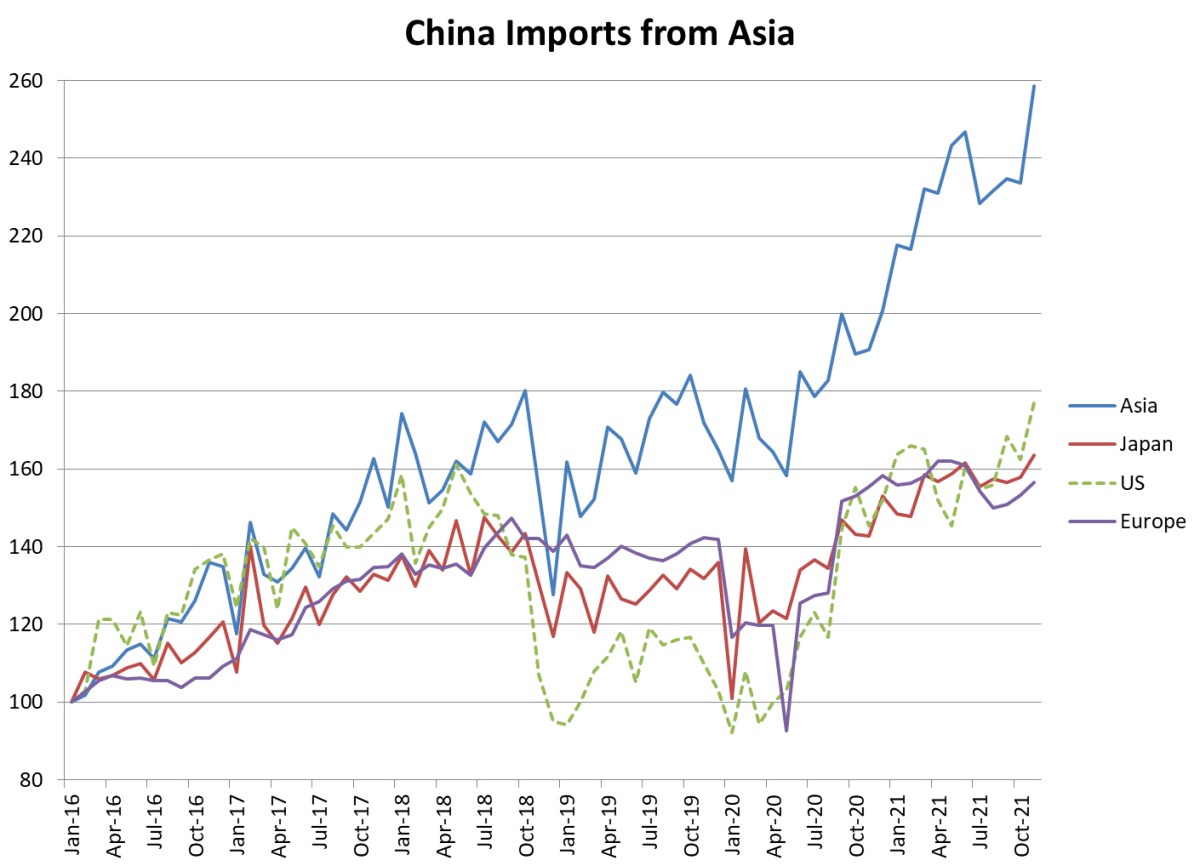 China has also outsourced some of its more labor-intensive industries to Vietnam and other Southeast Asian countries. China’s industrial integration with the rest of Asia is balanced by a jump in exports to Europe and the United States.

Germany, once the world’s top industrial exporter, has become the fastest-growing customer for Chinese goods. At US$11 billion a month, Germany’s imports from China have nearly doubled from pre-pandemic levels. To a great extent, this reflects the shift in German firms’ production facilities to China. 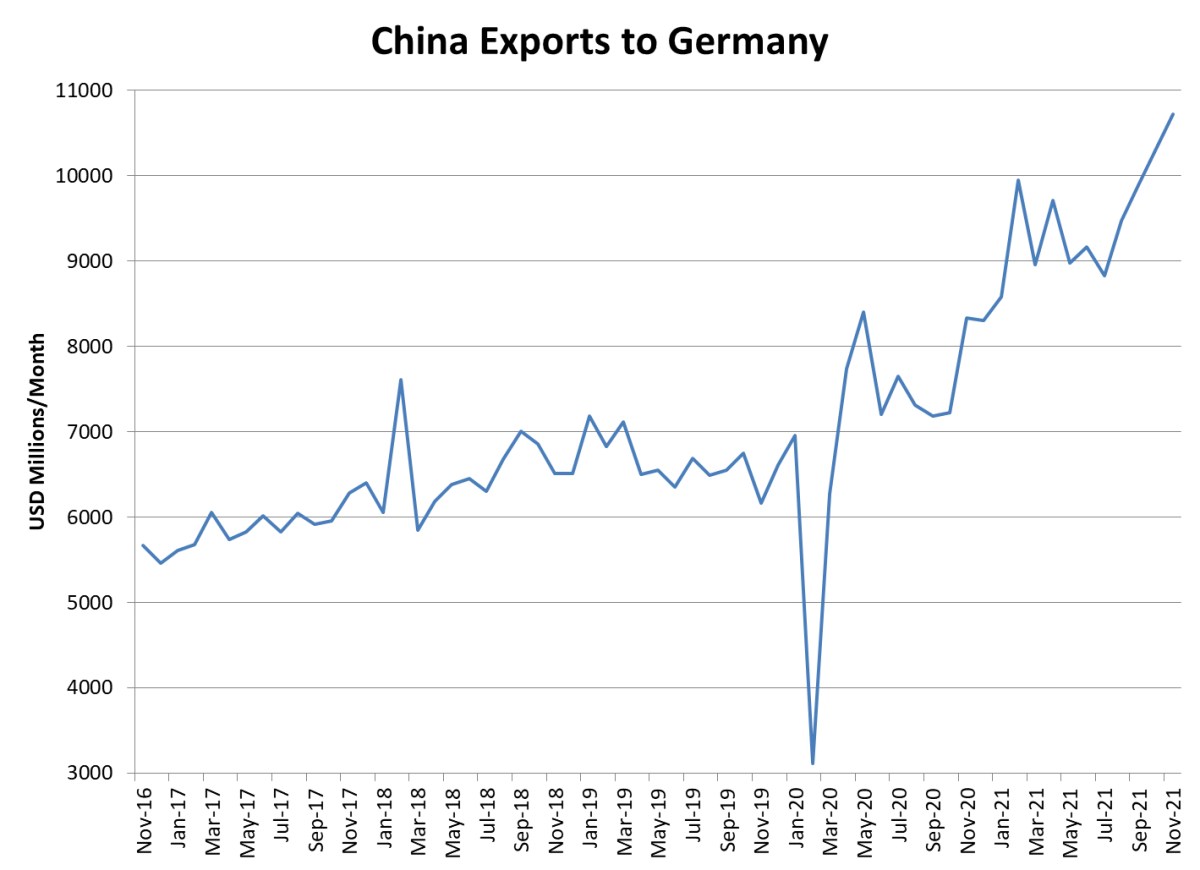 Germans are still buying the products of German companies, but they are produced in China. With a declining workforce and limited access to the skilled European immigrants who sustained the German economy during the past decade, Germany is transferring productive capacity to China.

Where to Invest in China’s Common Prosperity Age

Lithuania to ask European leaders for support in face of…