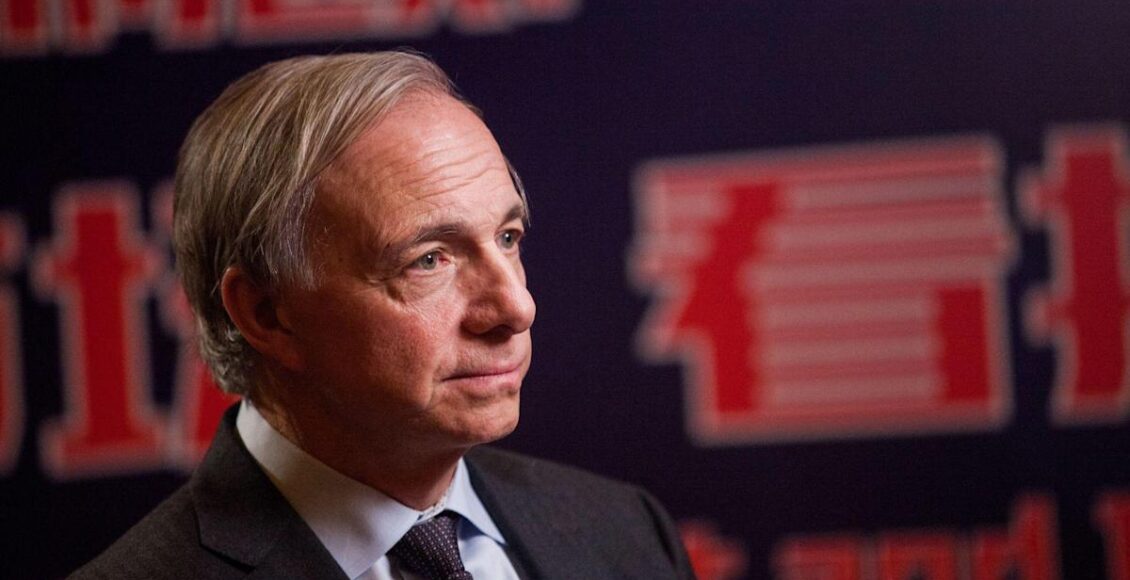 The visitors from China arrived in affluent Westport, Connecticut, on a singular mission: to learn the ways of Bridgewater Associates, the world’s largest hedge fund.

These officials from the nation’s sovereign wealth fund were invited by none other than the founder, Ray Dalio, who has spent decades quietly cultivating Beijing.

The friendly invitation, made more than a decade ago and reported here for the first time, offers a glimpse into the complex relationship that Dalio has forged with officials in the Communist Party.

Bridgewater is one of dozens of Western financial players looking to expand in the world’s second-biggest economy. It’s a tricky strategy, with the U.S. and China at odds over trade, technology, Taiwan, human rights and more. But it isn’t just business: For almost 40 years, Dalio has spoken of his fascination with China, and has been a vocal – and at times controversial – booster of the nation and its government.

His steadfast support recently brought criticism from politicians and caused tension with his own chief executive officer, David McCormick, who’s considering a Senate run. McCormick, a Republican, made it clear to colleagues he’s not the Sinophile that Dalio appears to be.

Dalio, 72, has a deep respect for the country and its leaders, people who know him said. He once even organized a group meant to govern Bridgewater and named it the Politburo, after the Chinese government’s decision-making body.

“I have been going to China for 37 years and am lucky enough to have become well-acquainted with the thinking of top economic policy makers and a broad range of others,” Dalio wrote in “Principles for Dealing with the Changing World Order: Why Nations Succeed and Fail,” his latest book.

“Having this direct contact has helped me see up close the reasoning behind their actions, which have produced remarkable advances.”

Whether by chance or design, Dalio has parlayed his fascination with the country into a successful business partnership.

Bridgewater has been managing Chinese state money since 1993, and counts among its clients the sovereign wealth fund – the $1 trillion China Investment Corp. – as well as the State Administration of Foreign Exchange, which manages foreign-currency reserves and also has $1 trillion in externally managed assets.

In total, Dalio’s firm oversees about $5 billion for the two entities, making China one of its biggest clients by assets, according to people familiar with the firm. Even so, the business only accounts for about 2% of revenue.

CIC was invited to Westport those many years ago to learn how to build its own investing engine, modeled on the All Weather strategy that other clients pay for. By 2011, CIC had the internal portfolio up and running. Bridgewater has only extended such largess to a dozen sovereign wealth funds or pension funds over the years.

Dalio, with a $15.6 billion fortune according to the Bloomberg Billionaires Index, has also steered his personal wealth to China. Since the early 2000s, his family foundation has donated $115 million to Chinese charities, including child welfare and organizations that promote U.S.-China relations, according to a person familiar with his philanthropy. Since 2015, he’s given $215 million to his home state of Connecticut.

Bridgewater opened a Beijing office in 2011, and in 2016 started Shanghai-based Bridgewater China Investment Management, run by Wang Yan, who set up a small investment team. The firm acquired its license to manage onshore money in 2018.

In November, the unit raised 8 billion yuan ($1.3 billion) for a new private fund. That brought the firm’s total onshore assets to more than 10 billion yuan, people familiar with the matter have said, and vaulted Bridgewater above Winton Group Ltd., previously the biggest foreign hedge fund manager in the country, as well as heavyweights UBS Group AG, D.E. Shaw and Two Sigma Investments.

While Dalio’s public comments about both the investment opportunities in China and the country’s leaders have been overwhelmingly positive over the years, he has on occasion taken a more negative view.

In a 2015 client note that was leaked to the media, he wrote that his normally optimistic view of China had changed and that there “were no safe places to invest.” But even then, he backpedaled a few days later, saying publicly that the expected slower growth wasn’t a big deal because China “has the resources and the capable leaders to manage these challenges.”

As U.S.-China tensions continue to escalate – it’s one of the rare issues that both major American political parties agree on – Dalio’s support for the country and its leaders is causing more trouble at home than ever. And it comes as he’s facing the challenge of replacing McCormick at the top of the firm amid weak performance at his flagship Pure Alpha II fund, which has barely made money this year and has 10-year annualized returns of just 1.6%.

“Should I not invest in the United States because of our own human rights issues and other things?” he said in a Nov. 30 CNBC interview. “As a top-down country,” he said of China, “they behave like a strict parent.”

The ensuing furor was such that McCormick – who is eying a U.S. Senate seat in Pennsylvania — told staff he’s had lots of arguments about China over the years with Dalio, and that he disagrees with the billionaire’s views.

A few days later, a seemingly contrite Dalio went on Twitter to explain that he was “not expressing my own opinion or endorsing that approach. My overriding objective is to help understanding.”