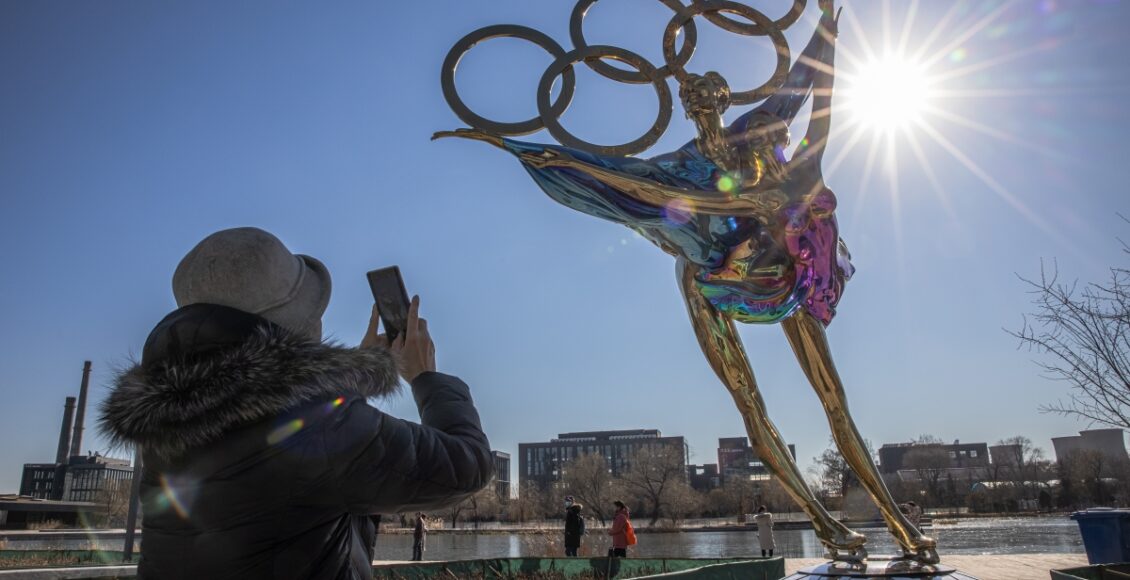 China’s Winter Olympics may be more of a drag on Beijing’s regional economy than a boost, as virus flare-ups and pollution curbs weigh on consumer and industrial activity.

A ban on public spectators means there won’t be the usual bump up in tourism and consumption that a city hopes to gain from hosting the international games. Tighter controls to contain the outbreaks of two virus variants are keeping holidaymakers away. And restrictions on polluting industries to ensure there are clear skies over the capital during the games means steel plants are curbing output.

“The Winter Olympics will affect industrial production and infrastructure construction in the first quarter,” said Lu Ting, chief China economist at Nomura Holdings Inc. “It won’t boost consumption either because of virus outbreaks.”

Beijing is battling a growing cluster of coronavirus infections, which rose to 96 cases since mid-January. It’s the last thing authorities want in the face of a world event, especially with its resolution to maintain a Covid Zero strategy.

The outbreak prompted authorities to decide not to sell Olympics tickets to the general public but only allow certain invited spectators to watch the game. Athletes and staff, on the other hand, will be moving within a vast bubble of transportation, accommodation and venues.

The games, which are jointly held in Beijing and the adjacent city of Zhangjiakou in Hebei province, will run from Feb. 4 to 20. The Winter Paralympics will follow from March 3 to 13.

Beijing has recorded over 90 confirmed local Covid-19 cases in Jan.

To contain the recent flare-up, the city has put in place more stringent virus control measures, such as requiring residents who buy anti-fever medicine to get Covid tests and increasing the testing of inbound travelers.

Eric Zhu, a China economist at Bloomberg Economics, said Beijing is likely to keep restrictions largely in place through the first quarter, given the Winter Paralympics and the annual national legislative sessions scheduled in March. That will continue to dent the already-struggling tourism and service sectors, he wrote in a report.

Each of these cities, spanning from the eastern province of Shandong to the central province of Shanxi, have targets to meet in terms of the level of PM2.5 particles in the air and the number of clear air days. 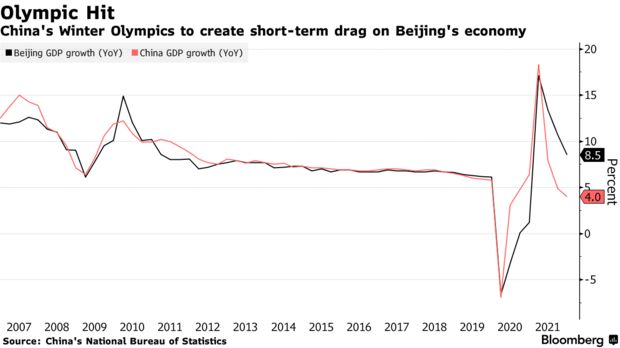 “I expect some mild disruptions to industrial production from factory closures ahead of Winter Olympics, but the overall impact to growth may be temporary and limited,” said Liu Peiqian, China economist at NatWest Group Plc.

The positive effects of the games may only be evident over the longer term. It could help China achieve its ambitious target of making sports into a 5 trillion yuan ($786 billion) industry by 2025, a 70% increase from 2019 levels. Authorities say they’ve already more than met their target of involving 300 million Chinese in skiing, hockey and other cold-weather pastimes.

“Similar to Tokyo’s Summer Games, the timing of global sport events are less than ideal due to the pandemic,” said Raymond Yeung, chief economist for Greater China at Australia & New Zealand Banking Group Ltd. “However, such an event is seen to spark a ‘white economy’ meaning that more people will be interested in winter sports domestically. That’s the long term benefit to the economy.”

China had estimated in 2014 the Winter Olympics and the Paralympics would cost $1.56 billion in operational spending, according to a report from the International Olympic Committee. The city budgeted for capital investment of $1.51 billion, with 65% funded by the private sector and 35% by various levels of government.

The investment was expected to bring long-term benefits to the region. Ticketing revenue was estimated at the time to reach $118 million, which is unlikely to be recovered now.

The economic drag of the games will likely be temporary and probably won’t result in any significant impact on China’s first-half growth, Nomura’s Lu said.

“Unfortunately it won’t drive consumption demand this time because of the pandemic,” he said. “Overall, there is some short-term impact, but don’t exaggerate the impact on the first half and full year.”

Threat to US from China is ‘more damaging’ than ever before: FBI chief Christopher Wray