Over the past week, Shanxi, a plateau province located in northern China, has suffered from continuous rainfall, causing geological disasters such as collapses, landslides and serious urban water logging across the province. Shanxi’s rainstorms have aroused national concern, and many enterprises including Tencent and Alibaba have donated money to help.

As the saying goes, when trouble occurs at one spot help comes from all quarters. On October 10, Xiaomi’s public welfare foundation announced that it would donate 10 million yuan ($1.533 million) to the Shanxi Charity Federation.

On the same day, ByteDance’s Public Welfare Foundation also announced that it would donate 50 million yuan to provide emergency relief materials for the disaster areas and support the post-disaster repair of schools and the restoration of local ancient books.

ByteDance said that before the charity move, the platforms of TikTok, Toutiao and Xigua Video had launched a special page providing Shanxi rainstorm information. To take advantage of this feature, users could click on the relevant pages to receive local disaster information.

Besides, the Baidu Foundation also announced an emergency donation of 50 million yuan to help the Shanxi government and all sectors of society fight the disaster.

On the same day, Alibaba Group, Ant Group, the Jack Ma Foundation and the Joe Tsai Foundation announced that they would donate 70 million yuan to the disaster-stricken areas in Shanxi, and support emergency disaster relief, post-disaster recovery, protection and restoration of cultural relics and historic sites, in accordance with the Shanxi provincial government. 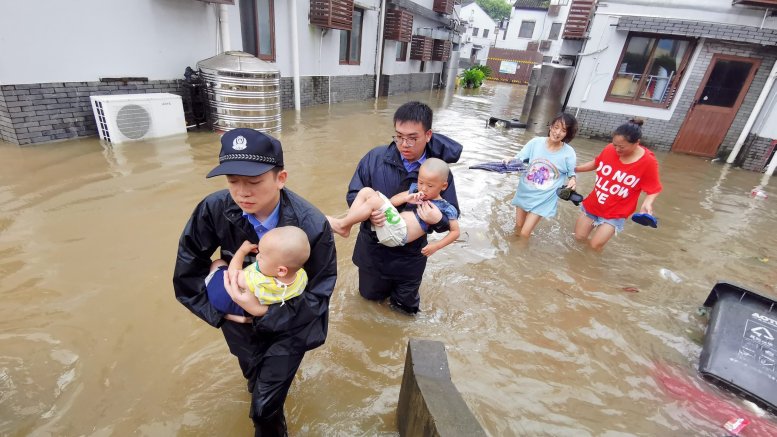 At the same time, Ant Group donated 20 million yuan to cooperate with the Red Cross Society of Shanxi, Shanxi Provincial Cultural Relics Bureau and other institutions through Alipay Public Welfare Foundation. The efforts aim to help the local government’s rescue and disaster relief, people’s livelihood, security of the affected people, rescue of cultural relics and ancient buildings and post-disaster reconstruction.

Didi said that it will continue to pay attention to the actual needs of disaster relief operations and post-disaster reconstruction.

According to the Shanxi Provincial Emergency Management Department, extremely heavy precipitation in most areas of Shanxi caused mountain torrents and geological disasters. The recent severe floods in Shanxi have affected 1,757,100 people in 76 counties of 11 cities across the province. 120,100 people need to be resettled urgently, 2,849,600 mu (1899 k㎡) of crops have been affected and more than 17,000 houses have collapsed.