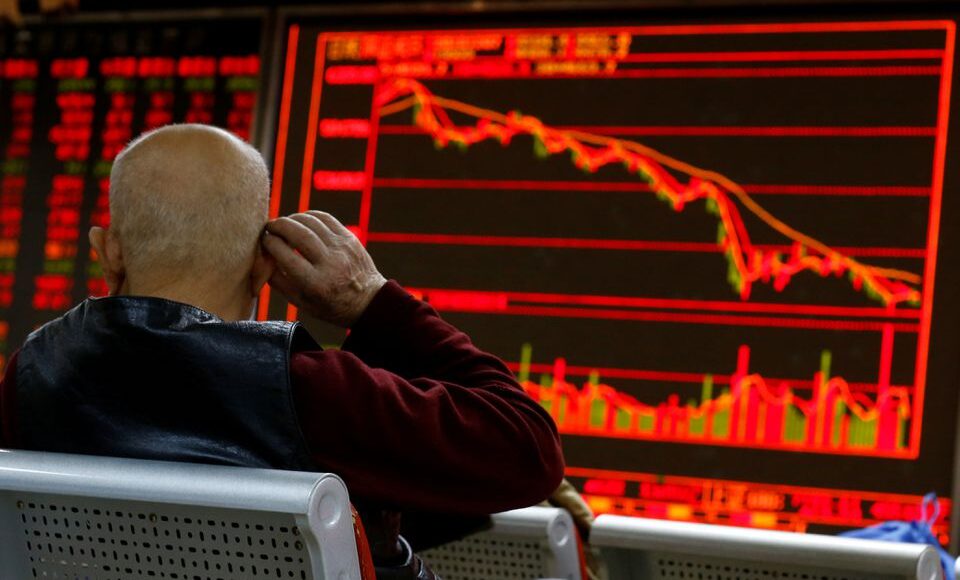 Some of the heaviest falls ever seen in China’s markets, huge energy price rises and the clearest signs yet that central banks are starting to turn off the money taps have all hit world markets over the last quarter.

A regulatory crackdown in China has wiped a trillion dollars off its markets and sent giants such as Alibaba tumbling 30% in their worst quarter on record, while property firm Evergrande, one of the world’s biggest high-yield debt issuers, is on the brink of default.

World stocks meanwhile are headed for their first quarter of losses since COVID-19 began to take its toll early last year, bonds have had a shaky September amid taper talk, and the safe-haven dollar is gunning for its best year since 2015.

At the same time, inflation is gathering pace on the back of rising commodity and shipping costs. Natural gas is up nearly 60% since July and 120% this year, coffee is up 25% for the second quarter in a row and freight costs have risen another 40% (.BADI).

Emmanuel Cau, head of European equities at Barclays, reckons markets are pricing the end of the ‘Goldilocks’ scenario – when growth and inflation are neither too high nor too low – so investors should be aware of the bears.

“The end of Q3 is somewhat a foretaste of what’s to come with central banks starting to shift policies,” Cau said, noting a “brutal regime change” as investors switch from sectors such as tech into so-called value shares such as banks and energy.

“One also needs to take into account that Chinese growth will be weaker moving forward.”

The biggest drama was in Chinese markets where a crackdown on tech, digital and for-profit education firms deepened, followed by the Evergrande meltdown.

It all added up to a near trillion-dollar slide in Chinese equities, a 70% slump in Evergrande shares and a 14% bashing for anyone invested in high-yield Chinese corporate debt.

“This has been one of the most value-destructive periods for Chinese equity markets in history,” said William Mileham at Swiss-based asset manager Mirabaud, adding that it felt like the regulatory pressures might not end.

The rising dollar also complicated life for other emerging markets, with the Chilean, Brazilian and Peruvian currencies down 7% to 9% over the quarter.

World stock markets are ending the quarter in disorderly fashion, with MSCI’s global index down around 1%, its first quarterly first loss since early 2020.

Pandemic plays Zoom and Peloton have lost about a third of their value, but vaccine makers Moderna and Pfizer are up 60% and 11% respectively, and aeroplane engine maker Rolls Royce has soared over 40%.

For many investors, September will likely be remembered as the end of a financial fairy tale when fiscal and monetary stimulus combined with buoyant growth and moderate inflation relentlessly kept pushing stock prices to record highs.

Rising yields have already prompted a brutal rotation within equity portfolios as managers typically dumped growth and tech stocks for cheaper shares in the banking and oil and gas industries.

The Nasdaq came off 2% over the quarter but lost about 4.5% in September as sell-side analysts encouraged their clients to go for “value” and cut risk out of FAANGS. Even Amazon has lost ground.

“At the same time you want to have exposure to rising yields, hedge against rising yields and hedge your portfolio against slowing growth in China”. 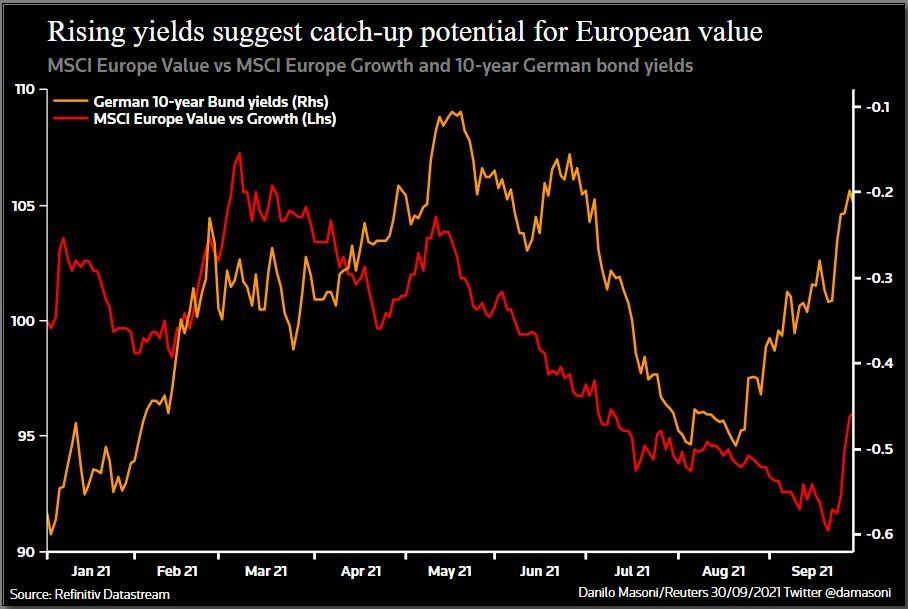 Bonds – no time to buy

Bond markets, after a huge July rally, tumbled in September after hawkish turns from the U.S. Federal Reserve and the Bank of England, giving global government bond buyers a rare loss of 1% .

Clear third-quarter winners were inflation-linked bonds in the euro area and Britain, with returns of some 3% each, according to ICE BofA indexes. These securities are benefiting from fears that inflation spurred by supply-chain disruptions and labour shortages will be less transitory than flagged.

Globally there have now been more than 50 separate interest rate hikes this year, led by emerging market inflation hotspots like Brazil and Russia.

On credit markets, away from China’s turbulence, the lowest-rated “junk” euro corporate debt — at Triple C or lower — have returned around 1.4% as companies continue to recover from the pandemic.