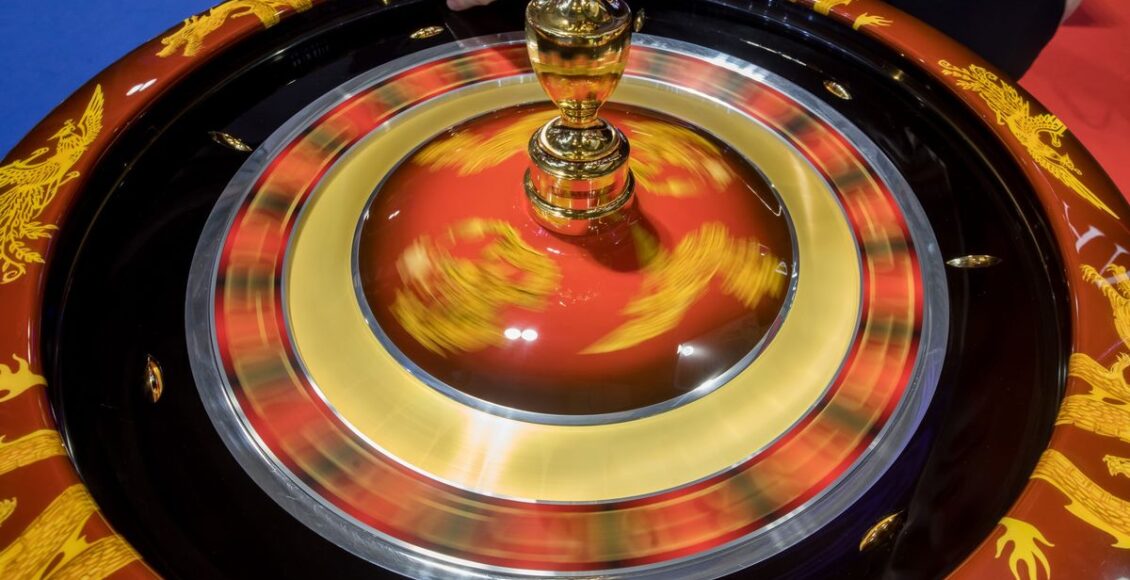 Macau Legend Development Ltd. tumbled the most on record after its chief executive officer was arrested as a crackdown on junkets sweeps through the world’s biggest gaming hub.

Shares slumped as much as 30% on Monday after the company said CEO Weng Lin Chan was been detained by police. Macau authorities said Sunday they had arrested two men, including a 49-year-old with the last name of Chan, on suspicion of illegal gambling activities and money laundering. Chan is Macau Legend’s biggest shareholder and is also chairman of Tak Chun Group, the city’s second largest junket operator.

A broader Bloomberg Intelligence gauge of casino shares declined as much as 1.4% before paring losses. Galaxy Entertainment Group Ltd. and Wynn Macau Ltd. each falling more than 2%.

Chan’s detention comes two months after the arrest of Alvin Chau, one of Macau’s most high-profile figures and founder of biggest junket operator Suncity Group, sent shockwaves through the sector. The junket industry – which drove the bulk of the city’s $3.5 billion VIP sector – is the focus of an unprecedented crackdown after being blamed by Beijing for helping transfer billions of dollars overseas. The government also wants the enclave to diversify its economy away from a reliance on gambling.

Macau is overhauling laws that govern how casinos operate in order to increase oversight. Proposed amendments, which are currently being scrutinized by the city’s legislature, will see a ban on junkets sharing revenue with casinos or operating VIP rooms in casinos. Instead, one junket can work with only one gaming operator and charge a commission for its services. 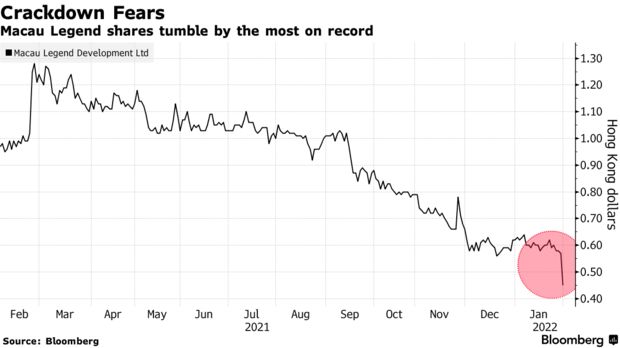 It’s a death knell for the decades-long operating model that saw junkets lure gamblers in with limousines, luxury suites and millions of dollars in credit. Macau’s VIP sector revenue plunged 36% in the fourth quarter from a year earlier following Chau’s arrest and the number of licensed junkets almost halved this year.

Current casino licenses are due to expire by June, with the new legislation paving the way for the current six operators to seek to renew their permits. Still, the number of licenses will be capped at six and given for a maximum of 13 years, down from the current 20-year period. Authorities also want to review operators’ performances every three years and to set a minimum revenue that companies need to meet.

The reports of more junket-related arrests in Macau shouldn’t have much impact on shares as most investors have “materially lowered their expectations on Macau’s junket VIP business to virtually zero” since authorities arrested Suncity’s Chau, Citigroup Inc. analysts including George Choi wrote in a note on Saturday. Clarity on amendments to the gaming law also signal the government remains supportive of sustainable development of the broader casino sector.

China-Russia ties: as the West forces them together, Xi and Putin show up for each other

Why electric vehicles have trouble retaining their value in China