AN ASIAN technology fund manager is buying into China’s internet stocks, shrugging off what he calls “noise” around regulatory tightening by Beijing and rising U.S. bond yields. That’s even as the sector’s swoon has eroded his returns.

Hong Kong-based Oliver Cox, who helps manage the $1.48 billion JPMorgan Pacific Technology Fund, says he’s selectively increasing exposure to tech behemoths whose valuations have been hit by an antitrust crackdown in China. Meituan and Tencent Holdings Ltd. are among his biggest bets.

Cox’s views are at odds with several asset managers including BlackRock Inc. who have turned cautious on China’s biggest internet firms after the regulatory scrutiny cast doubts over the industry’s prospects.

Shares of giants such as Tencent and Alibaba Group Holding Ltd. have lost more than a fifth of their value from recent peaks, with concerns over rising inflation and interest-rate expectations also driving a global tech selloff earlier this year.

“The key thing for me is how often we see the market underestimates the growth potential for some of these companies, ” Cox said in an interview. “Looking at some of the portfolio companies we have at the moment, short-run valuation has blown out to a level that looks incredibly attractive.”

The forward price-to-earnings valuation of the Hang Seng Tech Index has dropped by about six points from its February high of around 46 times. 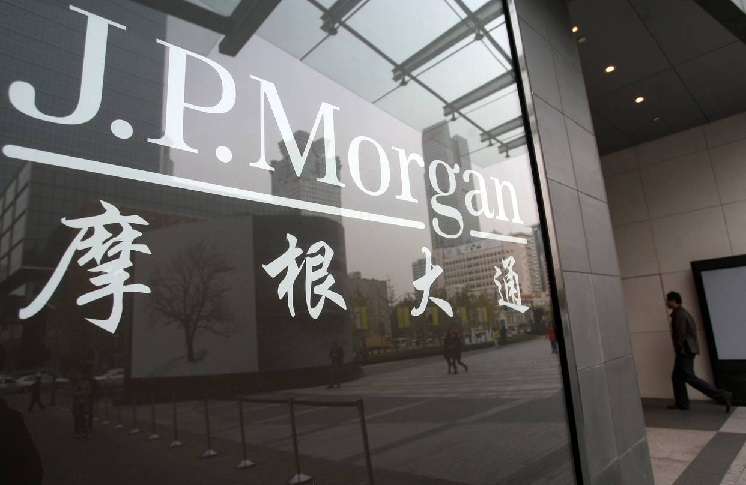 Cox’s fund — which outperformed all peers with its 82% return last year — has returned 4.4% in 2021, beating just about 20% of its counterparts, data compiled by Bloomberg show. This comes as a rise in global bond yields has made investors cautious about technology stocks amid a threat to valuations and the return of inflation that favors their cyclical peers.

Still, Cox remains confident and says “at no point” will he change his investment thesis.

“Even if yields go to 3%-4% from here and the world goes through a very inflationary period, at some point people are still going to return to the fact that the number of companies that we’re invested in are delivering earnings growth of 20%-25% per year, ” he said.

Cox isn’t the only one lured by valuations. Hyomi Jie, a fund manager at Fidelity International Ltd., also pointed to them in a recent interview while saying that Beijing’s regulatory cycle could be wrapping up as key industry players have agreed on what needs to be done.

“The perception that the Chinese government is out to break them up or reduce them is the wrong way to think about what they are doing with this group, ” said Cox. “They are a very pragmatic regulator” and want to see “healthy competition, ” he said.

Cox sees enterprise software, e-commerce, leading chipmakers and gaming stocks as the four best themes in the Asian tech space over the next five to 10 years.

He said that countries in Asia have “consistently under-invested” in enterprise software, and cited the planned digital agency in Japan as a “fantastic tailwind” for related firms.

One tech giant missing from his top 10 holdings is Alibaba. The allocation has dropped from about 8%-9% in 2017 to 2% currently, which Cox attributes to increased competition in the industry from the likes of U.S.-listed Sea Ltd., rather than the regulatory crackdown. Singapore-based e-commerce firm Sea is the fund’s second-biggest holding at 5.5%, behind Japan’s Lasertec Corp., as of end-April.

Southeast Asia’s growth story is only just beginning, said Cox, who sees the fund’s allocation to the region increasing.

“The nascent e-commerce story in that part of the world rhymes with what we have seen in the U.S. and Europe 10 years ago, ” he said. “I expect Asean to be a much higher percentage in the fund in the future.”

Here are some of Cox’s other comments:

Expects some Covid-related work-from-home trends that have driven demand for new PCs or office chairs to fade. But says much of the increased demand for e-commerce in Asean, India and Japan that’s been driven by the pandemic “is going to stick”Likes Chinese electric-vehicle makers such as Nio Inc. and Xpeng Inc. and expects demand to grow in the region, led by China.

He favors so-called OEMs (original equipment manufacturers) over investing in supply chain areas such as batteries, as they “have a much stronger relationship with the customer” and can maximize brand powerHas a positive outlook for Didi Global Inc., which closed its U.S. trading debut with a gain of just 1% on Wednesday after raising $4.4 billion in an IPO. There is “a huge amount of growth potential in the China mobility space, ” Cox said. – Bloomberg