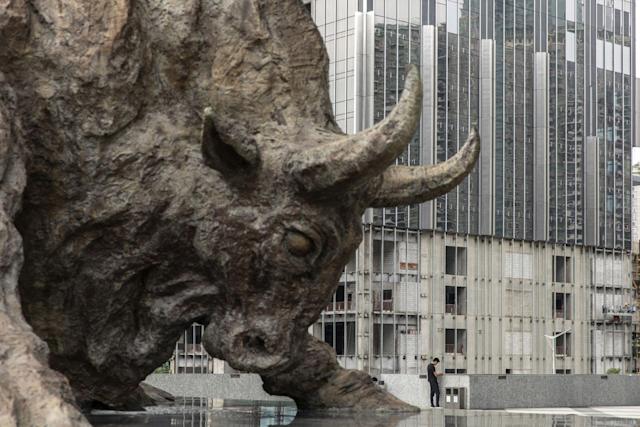 Jefferies Financial Group Inc. strategists turned bullish on Chinese stocks, saying they’re due for a rebound after getting hammered by a year of regulatory crackdowns and a slowing economy.

After being underweight on Chinese equities for most of 2021, “the case for a mean-reversion led bounce is building,” Jefferies strategists including Desh Peramunetilleke wrote in a Jan. 17 note. The U.S. brokerage is forecasting a 23% return for the MSCI China index this year with an 83% probability of a positive return. 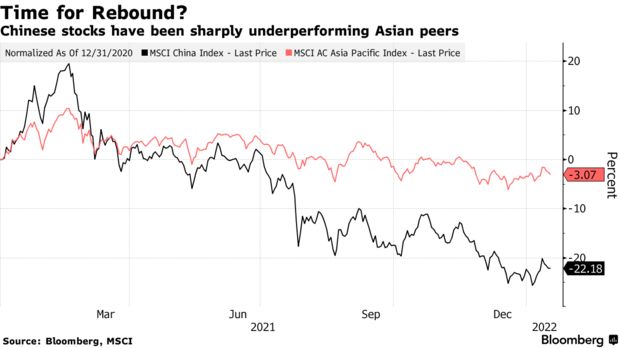 Jefferies expects an earnings growth of 7% for MSCI China in 2022, compared with the consensus estimate of 15%. The brokerage is positive on both offshore and onshore China stocks.

It saw the case for mean reversion as particularly strong for the internet sector, especially if regulatory policy announcements slow.

“Valuations on the internet sector are now attractive and downgrades may be peaking,” the strategists wrote, saying the sector is close to a bottom following a 50% drop since the 2021 peak. “Large players should trade like normal consumer companies, making 20x-22x a reasonable valuation range, vs below 18x PE currently.”

Still, Chinese stocks will also have to contend with the impact of higher Treasury yields as the Federal Reserve look set to hike from March. The MSCI China Index was little changed Tuesday as U.S. yields surged, leaving it with a 0.3% gain for the year so far. The Hang Seng Tech Index erased gains in afternoon trading, after earlier rising as much as 1.9%.

The Hang Seng Tech index has seen a volatile start to 2022 after plunging by a third last year, as regulatory uncertainties and China’s monetary easing prospects whipsawed markets. The gauge’s early gains on Tuesday were partly attributed to a statement from the China Securities Regulatory Commission, which said it will support companies to list abroad and collaborate with the U.S. on audit regulations.

The announcement “partly removes uncertainty in relation to the CSRC’s intentions to overseas listings,” said Justin Tang, head of Asian research at United First Partners. “And because the sell-off in Chinese techs has been so long drawn and severe, investors new to the sector are investing with a sense that the worst is in the rear-view mirror.”