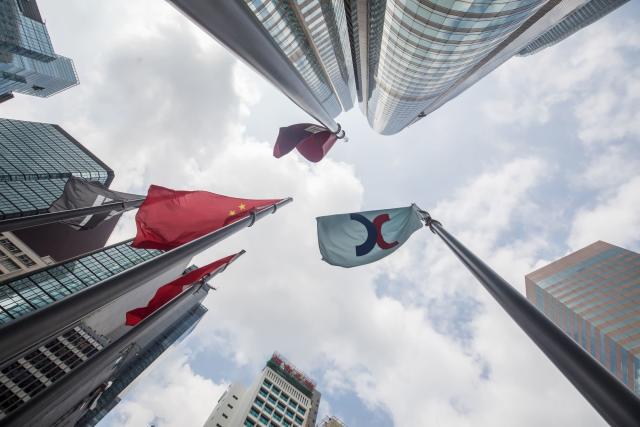 After a dismal first six months, things are finally looking up for initial public offerings in Hong Kong as several large Chinese firms line up to list in Asia’s financial hub in the second half.

Battery materials producer Tianqi Lithium Corp. just opened its books for what is set to be the city’s first billion-dollar deal this year while China Tourism Group Duty Free Corp. may relaunch an offering of around $2 billion.

Along with several other mid- to large-sized deals in the pipeline, they are poised to revive a dormant market where firms raised a paltry $2.6 billion between January and June. That’s a 92% slump from last year and the lowest sum for the same period since 2009.

The pick up in upcoming listings speaks of an improving environment for valuations as the easing of virus-related curbs and Beijing’s dialing back on a corporate crackdown spur a world-beating rally in stocks in China and Hong Kong. Better clarity on rules for Chinese share offerings abroad could also “encourage more new listings” in Hong Kong, Charles Zhou, an analyst at Credit Suisse Group AG, wrote in a note last month.

The flow of positive news from China has propelled the benchmark CSI 300 Index toward a technical bull market and analysts are expecting more constructive policy reinforcements in the second half of the year.

“If it happens, that would hopefully help to push through some of our pipeline of equity deals that are waiting for a better market window to open,” said Selina Cheung, co-head of Asia equity capital markets at UBS AG in Hong Kong.

In the first half, Hong Kong saw only one IPO that was larger than $500 million. That was back in January plus the majority of companies that have debuted this year are trading below water. Notably, IPO activity has dried up globally as investors fret over inflation, hawkish central banks and recession fears.

Hong Kong’s dry spell now looks set to end with a flurry of small-size deals coming through late in June as issuers hurried to take advantage of a short window favoring Chinese equities.

Tianqi Lithium’s potential $1.7 billion listing paves the way for July to be the strongest month for IPOs in Asian financial hub this year. The pipeline of offerings of about $500 million or more also includes snack maker Weilong Delicious Global Holdings Ltd. and Wego Blood Purification, the dialysis unit of China’s Wego Group. China’s Imeik Technology Development Co., which has a market cap of $19 billion, has also filed for a listing on the HKEX. 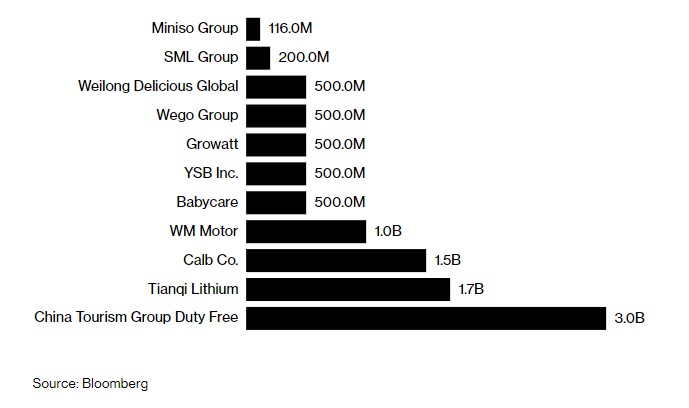 More regulatory clarity from Beijing for firms planning to sell their shares overseas will also be key going forward.

Many of the potential listings are already trading in New York but are trying to tap investors closer to home due to fears of being kicked out stateside due to the regulatory impasse with the US.

Such is the case for consumer goods retailer Miniso Group Holding Ltd., which is seeking up to $116 million. Others have opted to go public in Asia by way of introduction, a mechanism that doesn’t involve selling new shares.

A number of companies have “continuously” worked on their listing plans as they wait for a market window to reach ideal valuations, said Shi Qi, head of ECM at China International Capital Corp. “Looking ahead, companies related to stable growth policies and social wellbeing could see better opportunities in the market,” she said, citing themes like carbon neutrality, environmental governance, new energy, consumption and healthcare.