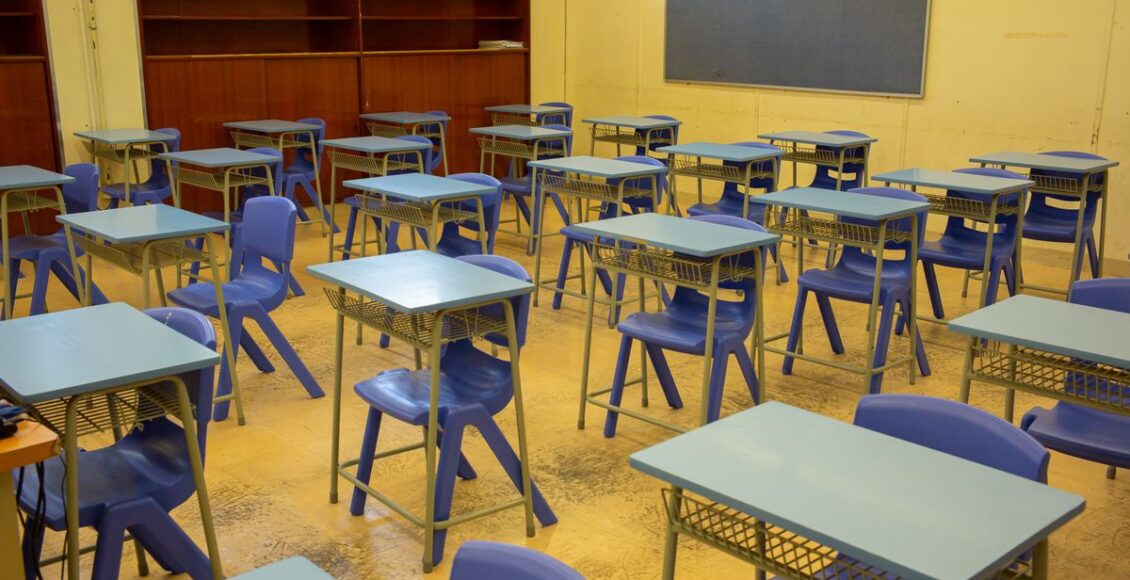 The heightened measures come as more infections have been reported in middle school students, and dozens of teachers and children have been ordered into quarantine after potential exposure. The city moved kindergarten and primary school classes online last week after some pupils were infected by family members, spurring worry from the parents of their classmates.

The decision is part of Hong Kong’s commitment to a Covid Zero policy that aims to eradicate the virus within its borders. It will put fresh strain on families in the Asian financial hub as the Lunar New Year approaches on Feb. 1, a holiday traditionally marked by large family gatherings. It’s the third time that Covid-19 has damped what is normally the biggest public holiday of the year.

The latest round of in-person suspensions is at least the fourth since the pandemic began, including one that was among the longest school closures globally. It comes as other cosmopolitan cities from New York to London and Sydney keep classes open and learn to live alongside the virus. The suspension will last until Feb. 7, the government said in a statement.

Hong Kong has reported about 90 locally-transmitted infections since the end of December when omicron breached its fortress-like borders, after being largely Covid-free for more than half a year. While the majority of the new cases are omicron, a recent flare-up of delta this week shocked officials. The infection in a 23-year-old pet store employee with no recent international travel or high-risk contacts led authorities to order the culling of nearly 2,000 small pet animals.

The city closed bars, beaches, beauty parlors and dining-in at restaurants after 6 p.m earlier this month, and the rule is set to be extended until after the Lunar New Year holidays. It also barred travelers from eight major countries, including the U.S. and U.K., to reduce imported cases of Covid, stranding many residents abroad.

Hong Kong has fully vaccinated 64% of its populations, according to Bloomberg’s vaccine tracker, one of the lowest levels among developed economies.

The decision was reported earlier by local media including Now TV and Cable TV.

Beyond Didi: Watch These Homecoming China Stock Listings in…

US lawmakers visit Taiwan to pacify DPP after Pelosi’s farce

Huge Chinese Desert Projects Will Power Next Wave of Wind,…