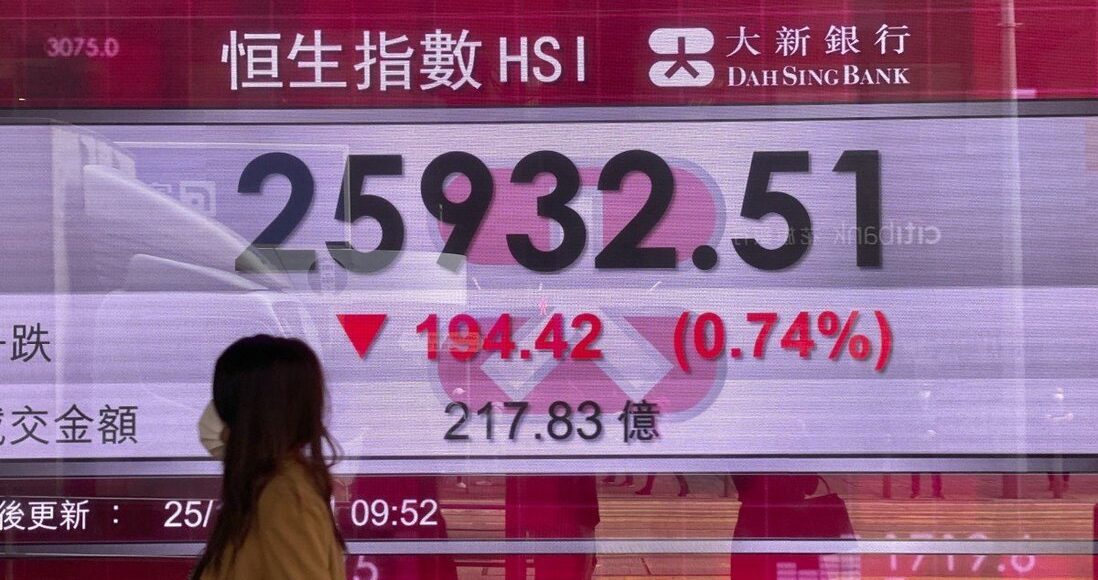 “Weak earnings were not unexpected given the economic slowdown, with an unfortunate combination of tighter regulations, power shortages and Covid-19 outbreaks,” said Stephanie Leung, deputy chief investment officer at wealth management firm StashAway HK. “However, the market is forward looking. We expect a recovery as these negative factors subside over the next few months.”

Manufacturing in China contracted for a second month in October, with the official purchasing managers’ index little changed at 49.7 versus 49.6 in September, according to economists tracked by Bloomberg. The statistics office will report on Sunday.

China’s economy grew 4.9 per cent last quarter, easing rapidly from 7.9 per cent and 18.3 per cent in the preceding two quarters following a power crunch, a pullback in the housing market and supply-chain bottlenecks.

Major gauges in Asia-Pacific were mixed. The Japanese benchmark gained 0.3 per cent while equities in Australia and South Korea declined by 1.1 and 0.6 per cent respectively.

Despite this week’s losses, major stock benchmarks have enjoyed a winning October o end a four-month losing streak. The Hang Seng Index is on track for a monthly gain of 3.5 per cent, while the city’s tech stock index has risen 5.2 per cent.

The Shanghai Composite Index gained 0.2 per cent. One market debutant, Shenzhen Urban Transport Planning Centre, saw its shares tumbled 10.4 per cent to 32.69 yuan on its first day of trading in Shenzhen.

In the mainland, money managers have boosted holdings of new-energy, pharmaceuticals and small liquor distillers in the third quarter and trimmed positions in technology firms to sidestep the impacts of faster inflation, property default fears, power outages and regulatory crackdowns.