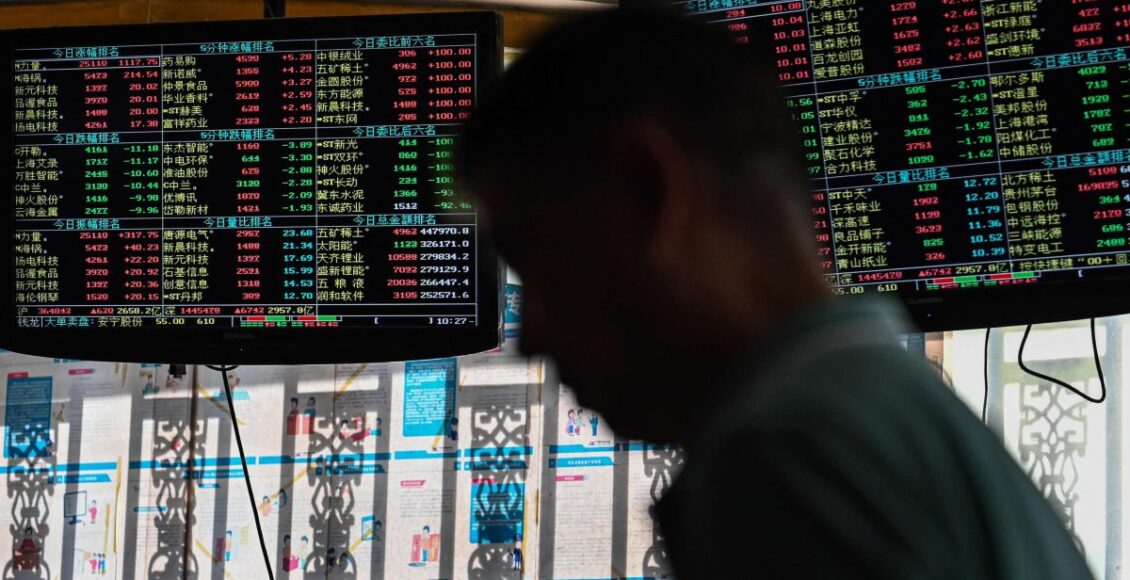 Hong Kong stocks rallied to near a four-week high as investors bet the worst is over on tech sector regulatory crackdown following the end of investigation into Meituan.

The Hang Seng Index jumped 2.2 per cent to near 25,391.37 at the local noon break, taking the gauge to the highest since September 14. The Hang Seng Tech Index surged 3.7 per cent. China’s Shanghai Composite Index added 0.4 per cent.

Meituan, the nation’s biggest on-demand delivery service firm, jumped more than 9 per cent, contributing to about a third of the gain on the Hang Seng gauge, after Beijing ended a five-month antitrust probe with a smaller-than-expected fine. Alibaba Group Holding and Tencent Holding gained at least 3 per cent.

“With the result of the antitrust investigation out of the way, the policy risk has diminished,” said Zhang Liangwei, an analyst at Soochow Securities in Shanghai. “There’s no further bad news on that front.”

Sentiment on China’s technology stocks has improved this month after Beijing rolled out a raft of measures to rectify industry excesses, and traders scooped up values after some US$1 trillion sell-off in Hong Kong since May. The Hang Seng Tech Index is valued at 19 times earnings, rebounding from a record-low multiple of 15.2 times at end-August, according to Bloomberg data.

Meituan jumped 9.2 per cent to HK$279.60, on track for its highest close since July. The state antitrust regulator on late Friday fined the company 3.44 billion yuan (US$533 million) for monopolistic market practices, with some analysts calling it milder than the US$1 billion fine expected by the market.

Alibaba, the owner of this newspaper that was fined a record US$2.8 billion in May, gained 9.4 per cent to HK$170.10, extending to 26 per cent its rebound from an October 5 low. Tencent added 3 per cent to HK$496.20 and short-video platform operator Kuaishou Technology advanced 7.5 per cent to HK$90.

Lenovo Group, the Chinese maker of personal computers, tumbled 15 per cent to HK$7.52 for its biggest slide in three years after withdrawing a plan to list on Shanghai’s Star Market.

In Shenzhen, chemical product maker Sino-High jumped 64 per cent from its initial public offering price to 50.73 yuan on the first day of trading.

Other major markets in Asia were mixed, with Japan’s stock gauges climbing more than 1 per cent while equities in Australia heading south. A government report on Friday showed US job growth last month significantly trailed estimates, but also showed a jump in wages. Markets in South Korea and Taiwan are shut for public holidays.

Ant Group increases registered capital by around 47% amid tightened regulation

Year of the Tiger: Tesla’s lead in China’s EV market is…