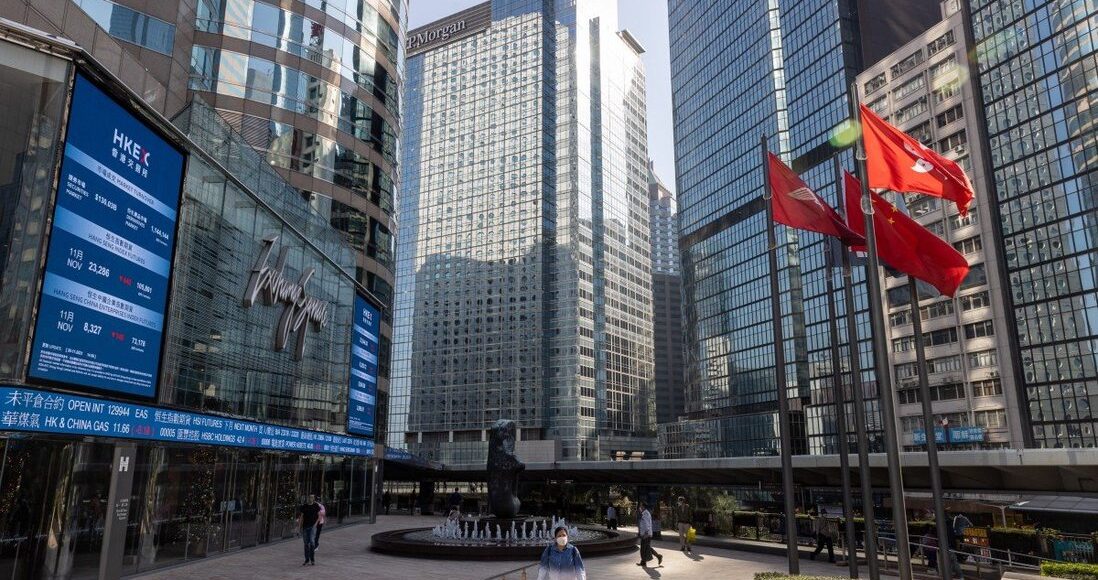 Hong Kong stocks dropped for the first time in five days as trading resumed after a market holiday as Macau casino operators retreated with the detection of the first Omicron case in the gambling hub. Tech stocks weakened.

The Hang Seng Index fell 0.1 per cent to 23,209.01 at the local noon trading break, while the Hang Seng Tech Index slumped 1 per cent. China’s Shanghai Composite Index retreated 0.2 per cent.

Sands China and Galaxy Entertainment paced decliners with more than 2 per cent setbacks on concerns Macau will face tighter border control after the city reported its first Omicron case on Monday. That added to recent worries about industry crackdown.

The local market caught up with the recent drop in regional equities amid concerns about the spread of Omicron. China reported a flare-up in Covid-19 cases over the weekend in the worst outbreak since January.

The Hang Seng Index has slipped 1.1 per cent so far this month, following a 7.5 per cent slide in November. The benchmark’s 15 per cent drop this year puts Hong Kong as the worst among major stock markets.

Today’s losses were compounded by another hit on technology stocks as Tencent Holdings, Meituan and Alibaba Health Information Technology depreciated by at least 2.2 per cent. China’s market regulator unveiled a draft late Friday that appears to bar companies in sensitive industries from selling shares in foreign markets.

Elsewhere, drug maker Kintor Pharmaceutical tumbled by a record 68 per cent after saying that its treatment for patients with mild-to-moderate Covid-19 symptoms failed to meet statistical criteria.

China Evergrande, the defaulted developer, surged 6.1 per cent after its chairman Hui Ka-yan pledged to speed up the pace of home construction and boost delivery to buyers even as the group faces more debt maturities in the coming week.

China Cinda Asset Management, a bad-loan manager, surged 14 per cent after agreeing to buy a 20 per cent stake in the consumer credit unit of Ant Group for 6 billion yuan (US$930 million).

Gains in major Asia-Pacific bourses on Tuesday failed to boost local markets. Japan’s benchmark climbed more than 1 per cent, tracking an overnight rally that drove the S&P 500 Index to another record. Stocks in Australia gained 0.4 per cent while those in South Korea were little changed.