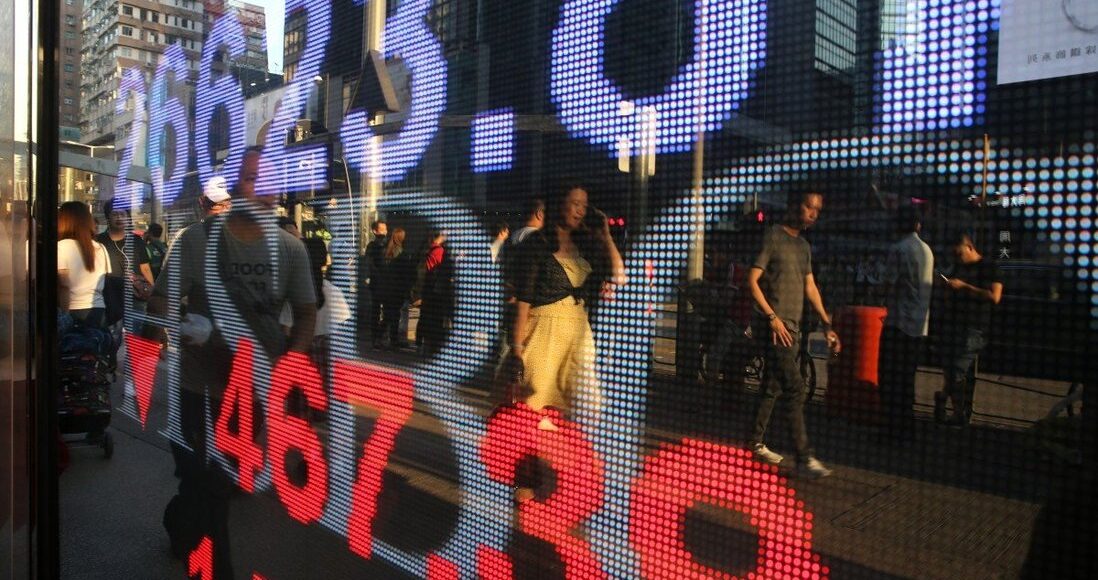 Hong Kong stocks retreated from near a three-week high as a flare-up in Covid-19 infections triggered tighter curbs and prompted brokers and banks to shut branches. WuXi Biologics extended losses for a third day.

The Hang Seng Index fell 0.4 per cent to 24,7136.02 as of 1.40pm local time, erasing an earlier advance of as much as 0.9 per cent. The Hang Seng Tech Index lost 0.7 per cent, despite a second day of recovery in Alibaba Group Holding. The Shanghai Composite Index slipped 0.4 per cent.

HSBC dropped 1.3 per cent while China Construction Bank slipped by 1.1 per cent as banks and brokers rejigged their operations amid tighter pandemic curbs. Hong Kong saw a record 1,161 new infections on Wednesday and two deaths. The city will impose stricter rules from February 24.

WuXi Biologics fell 7 per cent, bringing the losses to 28 per cent over three days since it was placed on a so-called “unverified list” with 32 other Chinese companies by the US Department of Commerce on Monday, triggering a record plunge.

Apart from Hong Kong, “Covid-19 cases have surged in several domestic regions [in mainland China] lately, with cross-province Omicron transmission,” said Meng Lei, a strategist at UBS Group in Shanghai. “This has dampened investor expectations for an overall consumption recovery in the first quarter.”

More than half of Asia-based fund selectors said they are worried about disruptions resulting from Covid-19 variants, putting it above earnings concerns and less favourable central bank policy as key economic risks, according to Natixis Investment Managers, which surveyed selectors at firms managing US$12.6 trillion of assets.

Despite today’s setback, the Hang Seng Index remains the best performer among the major Asia-Pacific benchmarks this year with a 5.6 per cent gain. A 14 per cent drop in 2021 made the market the cheapest next to Brazil among major global peers.

Alibaba added 1.3 per cent after jumping 6.8 per cent for the biggest gain in five weeks on Wednesday as SoftBank rejected reports it could be selling its stake. Live-streaming platform operator Bilibili advanced 2.5 per cent.

GCL-Poly Energy Holdings, the maker of silicon used in solar products, added 4.4 per cent after saying that the board was studying the possibility of listing the company on the mainland’s exchanges.

Markets in Asia-Pacific advanced tracking an overnight rally in US equities. The Nikkei 225 and the S&P ASX 300 climbed 0.3 per cent while the stock benchmark in South Korea rose 0.2 per cent.

China Stocks Shrug Off Covid Outbreak as Traders Bet on…

China to halve settlement fees for stock index futures and…

Tencent, Alibaba Have Erased $1 Trillion in Value Over Last…