Both the Hang Seng Index and Hang Seng Tech Index fell below the 30-point technical threshold on Friday, based on their 14-day relative strength index readings. That suggests the slide last week was overdone.

Today’s rebound was also supported by short covering as traders seek to close out their positions and return borrowed securities, said Carl Cai, analyst at SPDB International in Hong Kong. “But the sluggish investor sentiment hasn’t fundamentally changed as they are still worried about regulatory uncertainties.”

Healthcare-related stocks saw large gains with Alibaba Health Information Technology and WuXi Biologics both surging by more than 8 per cent while CSPC Pharmaceutical Group added 6.9 per cent. They slumped as a group last week because of concerns over regulatory crackdown. 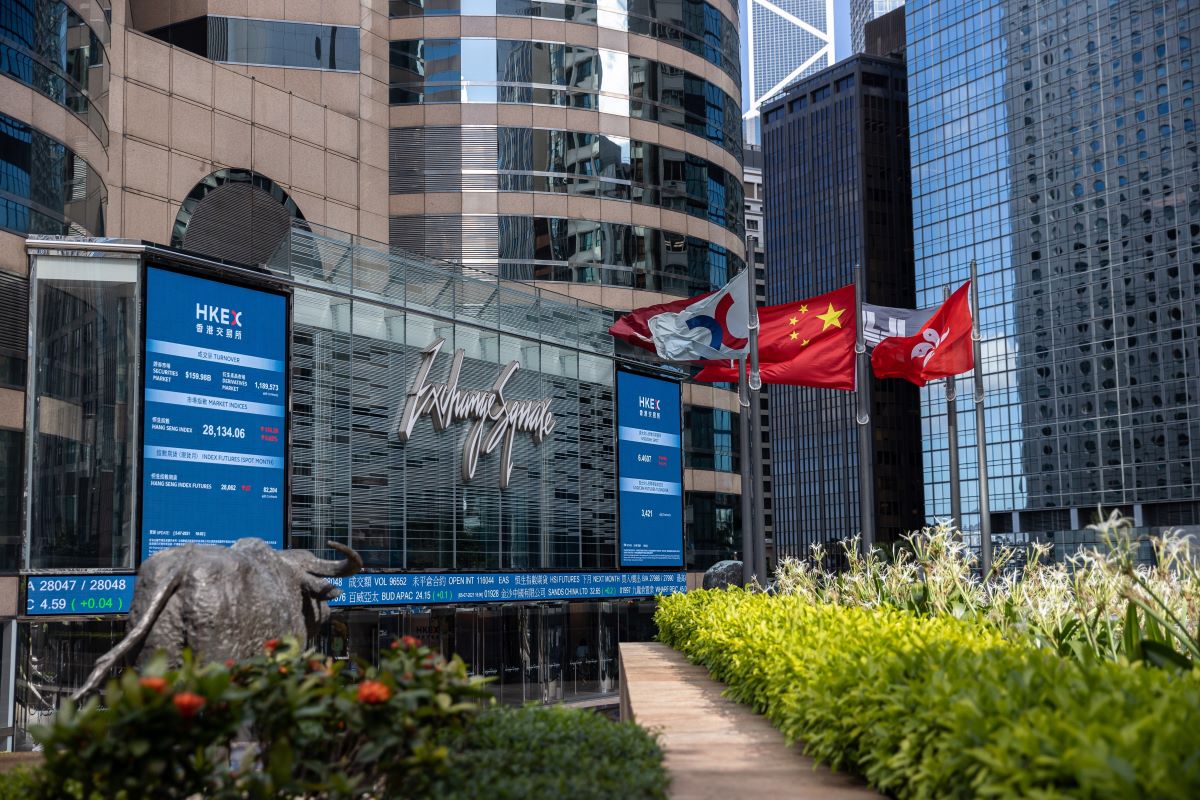 Alibaba Holding Group, the owner of this newspaper, lost 1.6 per cent to a new all-time low. The Communist Party said its party chief in Hangzhou, home to the e-commerce giant, is being probed for disciplinary violations. Separately, a mainland media report said Alibaba Cloud had leaked user information without consent.

In mainland, China Telecom plunged by the daily cap of 10 per cent in Shanghai, after recording a 34 per cent jump in its debut on Friday.

New listings in the mainland surged. Sinostone Guangdong surged 44 per cent to 45.60 yuan while Puya Semiconductor Shanghai more than tripled to 471 yuan.

US stock futures rose ahead of a monetary policy symposium of the Federal Reserve as traders await signals on the timetable of scaling back monetary stimulus.

“It’s also a crucial time for global assets, as the US is inching closer to tapering its quantitative easing,” said Cai of SPDB, “The period of sharp drop [in the Hong Kong market] should be over, but the market still hasn’t bottomed out.”