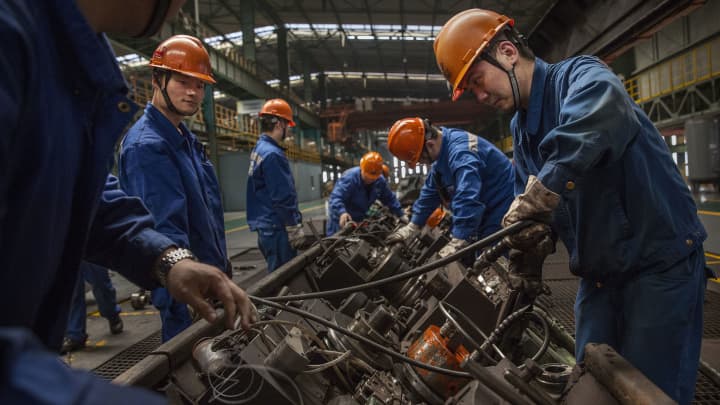 China’s economy will probably expand 5.2% next year, down from a previous projection of 5.6%, as the government sticks to its long-term policy objectives, such as reducing property debt, Goldman Sachs Group Inc. said.

Weaker GDP growth and faster inflation in the third quarter were policy-driven and likely temporary, with Goldman expecting a sequential pickup in growth in the fourth quarter, economists including Hui Shan wrote in a note Monday. On a year-on-year basis, growth is set to slow to 3.1% this quarter, they said.

“The long-term policy direction such as property deleveraging remains unchanged as evidenced by the latest news on starting property tax trials in select cities,” Goldman said.