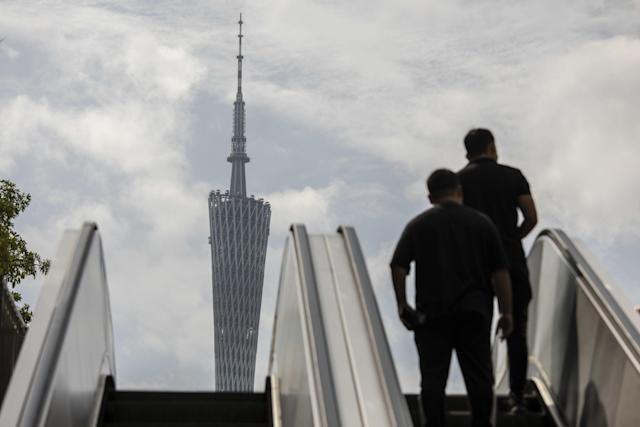 Goldman Sachs Group turned more bullish on Chinese stocks, hit by a succession of regulatory shocks and a property debt crisis this year, as a softer approach by Beijing will ease pressure on the economy and improve poor valuations.

Goldman expects a better year for Chinese equities, with onshore and offshore stocks to return 16% and 13% in the next 12 months, respectively, it said in a report. It also upgraded offshore stocks to overweight after lowering them to market-weight in July.

“We believe modest policy easing to soften domestic macro stresses and to ensure stability ahead of the 20th Party Congress will be the catalyst for a re-rating of Chinese stocks,” strategists including Kinger Lau wrote in a research note dated Thursday, referring to the twice-a-decade key event scheduled for the second half of 2022. 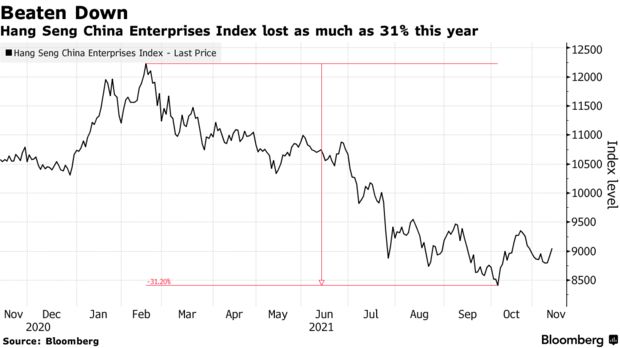 Goldman is the latest to upgrade its view of battered Chinese equities, following similar moves by UBS Group and BlackRock Inc. The Hang Seng China Enterprises index, which tracks Chinese companies listed in Hong Kong, is the worst-performing major equity index in the world this year as Beijing cracked down on private enterprise in pursuit of a “Common Prosperity” agenda. However, over the past five sessions it has been among the best performers.

Investor sentiment has improved this week following a news report that Chinese regulators are considering easing rules for asset sales so that developers can avoid default. Technology and property companies jumped in Hong Kong on Thursday amid speculation Beijing may soften crackdowns.

Regulators will pursue a a stability-driven agenda ahead of the party congress, including providing more clarity on rules for the technology industry, Goldman analysts said.

Goldman also cited valuations for its bullish take, with Chinese stocks trading at discounts close to all-time highs compared to global peers. At the same time global mutual fund allocations are near a record low, the banks said.