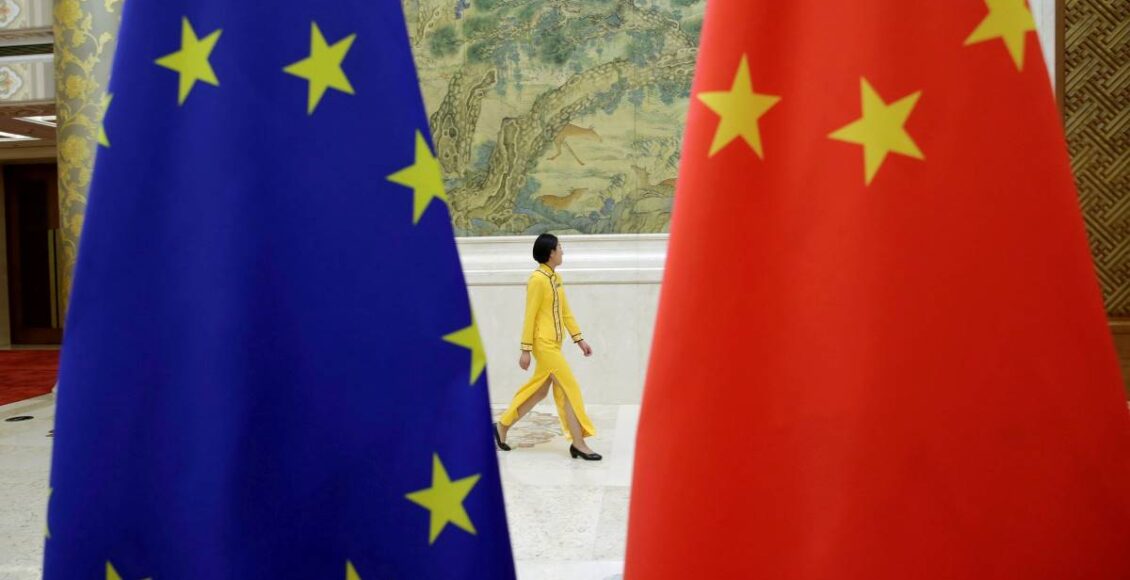 The European Union’s 27 leaders will seek a new approach to China on Tuesday in their first summit on Sino-European strategy since the bloc imposed sanctions on Beijing in March and faced retaliation, jeopardising a new investment pact.

Leaders will also discuss the idea of setting up an EU gas reserve and decoupling electricity prices from gas prices, the European Commission President Ursula von der Leyen said on Tuesday, although it will only be a first debate. read more

The meeting at a country estate in Brdo, near the Slovenian capital Ljubljana, will start on Tuesday evening.

Along with the United States, Britain and Canada, the EU imposed sanctions on Chinese officials on March 22 over human rights abuses, which Beijing denies. Beijing immediately hit the EU with sanctions on European Parliament lawmakers, freezing approval of a recently agreed EU-China investment deal.

Adding issues such as gas supplies and the economic collapse in Afghanistan to the summit dinner will likely water down the discussion on China, diplomats and political analysts said.

“China will still be on the menu when leaders gather for their informal dinner in Slovenia on Tuesday, but it is no longer the main course,” said Noah Barkin, a China expert at the German Marshall Fund think-tank.

EU leaders will also hear from French President Emmanuel Macron on how the bloc can try to project strength in international affairs after Britain, the United States and Australia agreed in secret a military alliance to counter China, excluding France.

As the world’s largest trading bloc, the EU wields power in setting rules that can shape policy far beyond its borders, but it has repeatedly failed to coordinate a common foreign and military policy, weakening its influence.

Senior EU officials and diplomats hope the informal gathering can be a moment to debate both becoming more independent of the United States and playing a part in Washington’s foreign policy shift to Asia.

The summit dinner discussion has been given the title “The EU’s place in the world” by officials in Brussels. No decisions are expected.

“The United States has recognised the importance of a stronger and more capable European defence,” EU foreign policy chief Josep Borrell told the European Parliament in Strasbourg on Tuesday before leaving for Slovenia.

“Crises in the European neighbourhood are a call for us to react.”

Australia’s decision to cancel a big submarine contract with France and opt for U.S.-designed vessels instead as part of the new AUKUS security alliance with Washington and London incensed Paris, but could give impetus to EU common defence plans.

“We could turn a blind eye and act as if nothing had happened. We think that would be a mistake for all Europeans,” an adviser to Macron told reporters. “There really is an opportunity here.”

The EU leaders will be joined on Wednesday by the six Balkan countries hoping one day to join the bloc.

Taiwan president warns of ‘catastrophic’ consequences if it falls to China

Higher inflation factors into review of tariffs on Chinese…