On August 17, President Xi Jinping explained the concept of “common prosperity” as a key requirement of socialism and a major feature of Chinese-style modernisation. Major policies are in for a sea of changes.

These range from reforming income distribution to more equal opportunities in education, health care, pensions and housing; to addressing monopolistic behaviour; and to extending boundaries of common prosperity from physical wants to mental fulfilment. Reducing income inequality through primary, secondary and tertiary wealth redistribution will be a key focus.

The major objective of common prosperity is to recast the socioeconomic pyramid into an oval-shaped structure, with the widest part representing the middle class. With this change, average income is expected to continue to increase.

Common prosperity will favour more collective interests, but that does not mean it will be done at the cost of legitimate individual interests. Companies should continue to pursue profit but will also need to be conscious of the new “red lines” redefining monopolistic behaviour, data security and societal values to provide a more equitable environment for the younger generation, better basic welfare for employees and the like.

As policies, technology and demands change, all companies need to adapt. The impact of common prosperity on foreign-owned multinational corporations will range from basic and universal to sophisticated and specific.

At the basic level, it means businesses will need to take better care of their employees, providing more benefits with reasonable working hours. Multinationals will need to assess their contributions as corporate citizens in China.

Their impact on and contribution to society will become increasingly important considerations. Environmental, social and corporate governance responsibilities are more important than ever.

In a way, this is akin to what almost 200 American CEOs jointly proclaimed in 2019, stating their intent to serve the interests of all stakeholders, including customers, employees, suppliers and communities as well as shareholders. The difference is that the government is driving this change in China whereas it was socially conscious businesses in the United States.

The focus of growth will also shift. From the consumer internet and the mega platforms that have generated so much buzz in China in the past decade, the focus is likely to move to areas such as “hard tech”, manufacturing, life sciences, new energy, the environment, sustainability, industrial internet, agriculture and others. Services for the burgeoning middle class will expand and be more innovative. 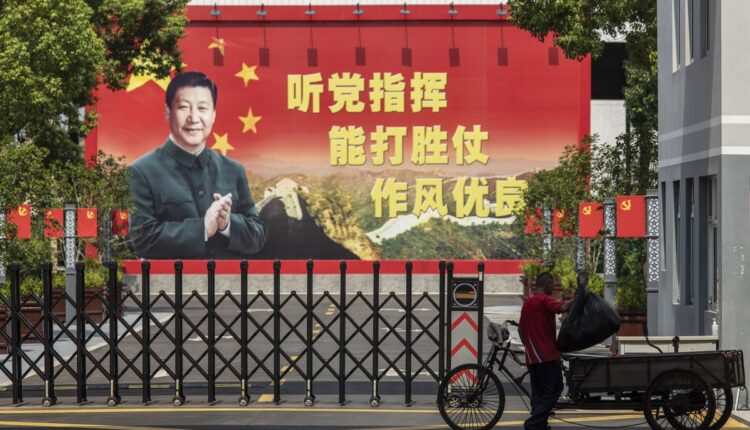 Common prosperity must be viewed as part of other key policy initiatives, including pursuit of the “dual circulation” economic policy, technological self-sufficiency, a central bank digital currency, carbon neutrality by 2060 and others. Together, they form China’s pursuit of its own “modernity with Chinese characteristics”.

Players in the semiconductor sector, for example, will need to reposition themselves because of the changing global industry structure shaped by geopolitics and policies. Foreign carmakers need to consider “one world, two systems”, one China-centric, the other US-centric, as Chinese cities are building comprehensive smart infrastructure that will directly affect design and business models.

In segments recently opened to foreign investors such as asset management, wealth management products might need to correspond with China’s new societal structure. Critically, foreign companies that generate and capture data in China must satisfy both the new data security law and their home country’s requirements.

Smart cities serving the public agenda and business models of a range of industries will need to integrate with public infrastructure. Private businesses in the affected sectors may no longer be able to define strategic and operational parameters by themselves. Close coordination with the public sector will become necessary.

Perennial concerns of multinationals and their lobbyists have been in areas such as intellectual property, indigenous innovation, local champions, uneven playing fields and so on. While each issue still needs to be addressed individually, the new context means that, collectively, these might no longer be the make-or-break issues for multinationals. Rather, the issue is increasingly whether they can leverage China as a platform to become more innovative and competitive.

Common prosperity is a huge social undertaking and will be a game-changer in many ways. Done right, it will set the foundation for more balanced and sustainable growth, and that could have a major impact on the rest of the world.

At a minimum, companies will need to comply with new policies and regulations. At the other end of the scale, even the fundamental nature of some businesses could be redefined. For many sectors and businesses, China’s importance will continue to increase, not only as a market and a major supply chain hub but also as an epicentre of innovation.

Along the way, China will continue to open up to foreign-owned multinationals. Vice-Premier Hu Chunhua has pledged support for those that operate in China, recognising their contributions and underscoring that China looks forward to more investment from them.

Foreign multinationals need to understand the implications of the new policy landscape for their businesses in China and, for that matter, the impact of China on the rest of the world.
Edward Tse is the founder and CEO of Gao Feng Advisory Company, a strategy and management consulting firm with roots in Greater China

The lone bear on Alibaba and Tencent says Chinese tech…