Fire in Hong Kong Knocked Out Power to More Than 160,000 Homes 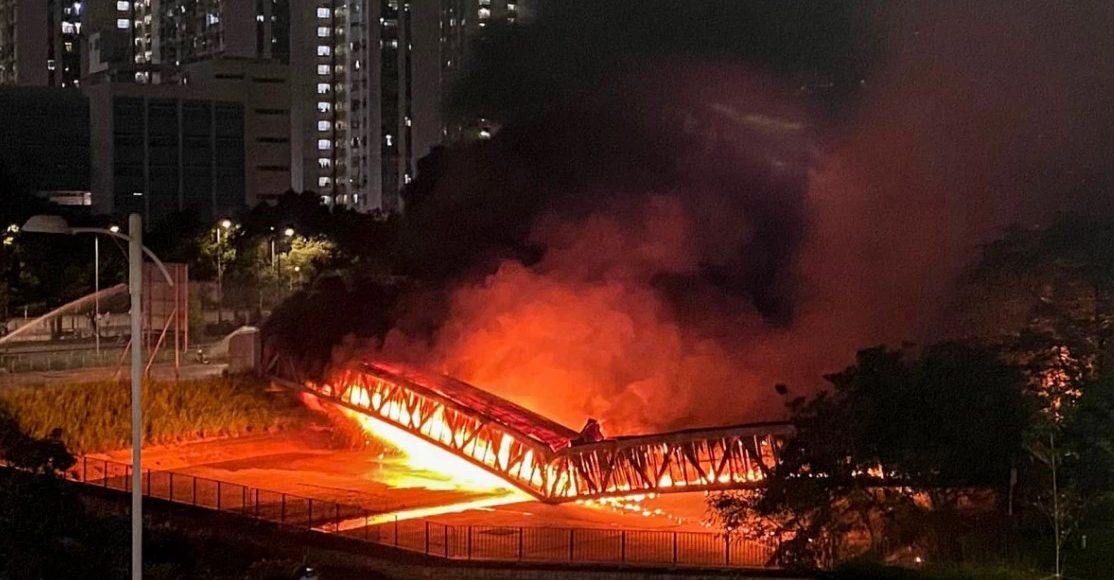 A fire in northern Hong Kong left more than 160,000 homes without power.

High-voltage cables on a bridge in Yuen Long caught fire at about 7:10 p.m. on Tuesday, triggering outages in three districts across the New Territories region, CLP Holdings Ltd. said in a statement on Wednesday. Though electricity was mostly restored by Wednesday morning, the disruption prompted the government to suspend classes at 14 schools for the day.

Repair work was still being carried out and residents may continue to experience some instability, according to CLP, the main provider of power in the area. No injuries were reported.

Chan Siu-hung, a legislator who serves as an advisor for the electricity company, said he couldn’t recall an outage of this scale in the past quarter century. By comparison, Typhoon Mangkhut disrupted electricity at about 40,000 households in 2018. CLP representatives weren’t able to say when Hong Kong suffered a bigger blackout.

CLP shares, which has seen its share rise for only one day this month, dropped 2.7% to HK$65.60 in Hong Kong trading on Wednesday, its lowest close in more than two years.

Meanwhile, the Fire Services Department said the cause of fire was is still under investigation, while the government said it told CLP, which is controlled by the billionaire Kadoorie family, to fully investigate the cause of the incident and submit a report of its findings.

Among those affected was Kelly Lau, 36, a mother of three living in a housing estate in Tin Shui Wai, northwest Hong Kong. After waiting for about four hours for the lights to come back on, with no air conditioning to counter the summer heat, Lau said she took her children down 31 flights of stairs and took a cab to her mother’s home nearby.

“It was like being in a post-apocalypse zombie drama last night in the streets,” Lau said. “I was speechless at the ill luck I had. Luckily my kids had somewhere to go.”

6 takeaways from China’s ‘two sessions’ and the economic…