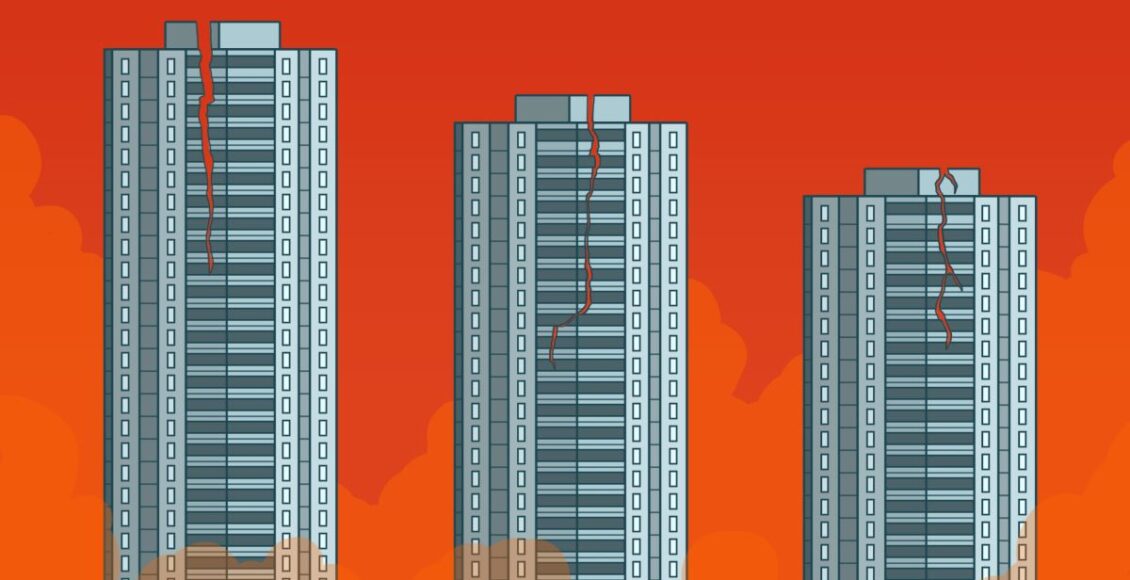 Evergrande is an enormous conglomerate that develops real estate, sells apartments and wealth management products, and invests in electric vehicles and soccer teams. Is the house of cards about to collapse?

China Evergrande Group, a sprawling conglomerate that is one of the largest property developers in an economy unusually dependent on real estate investments, is once again facing an acute liquidity crisis. “Even in good years, the company usually had negative operating cash flow,” Caixin reports, but this time, “​​the crisis of cash flow and trust is unprecedented.”

Concern has compounded rapidly in recent weeks that Evergrande may be on the verge of default — or a painful restructuring of its debt bomb — and what that may mean for the broader Chinese and world economy. Some key events:

Evergrande’s stock price plunged nearly 19% in Hong Kong today, and the Hang Seng Index followed with a 3.3% drop to its lowest level since October 2020. “Market participants increasingly believe that Beijing will let Evergrande fail and inflict losses on its shareholders and bondholders,” the Wall Street Journal says.

If Evergrande can’t save itself, will Beijing dig it out?

According to Caixin’s reporting, Evergrande can’t save itself — at least not right away.

No one knows exactly what will happen, but some possible endgames for Evergrande include:

America’s policy toward China is misdirected, because it would actually strengthen China and weaken the United States

China’s video game industry in stormy waters as the country…