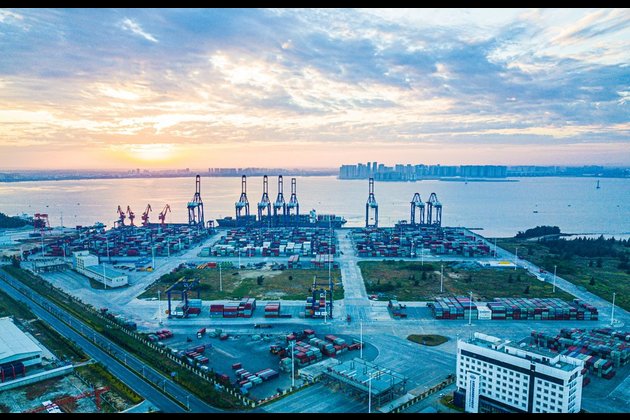 China is expected to leverage a slew of both macro and micro tools to stabilize economic growth in 2022 as the recently-concluded tone-setting economic conference has arranged policy priorities.

Expecting a mix of measures to stabilize growth next year, experts forecast that the world’s second-largest economy’s fiscal policy is highly likely to be intensified, and its monetary policy to manifest marked structural features.

In the context of increasing downward pressures, the Central Economic Work Conference reiterated that economic work next year should prioritize stability while pursuing progress, and the cross-cyclical and counter-cyclical macro-regulation policies should be integrated, which suggests that multiple stabilizing measures will be adopted, said Gao Ruidong, an economist at Everbright Securities.

Fiscal policies will have a larger part to play in 2022, with major policies focusing on public consumption and weak links in the economy, according to Zhong Zhengsheng, an economist at Pingan Securities.

New tax and fee cut policies are expected to be unveiled to reduce corporate costs and bolster entrepreneurs’ confidence, while the issuances of special-purpose bonds are likely to be promoted, Gao said, noting that investment into infrastructure construction is forecast to be enhanced.

Proactive fiscal policies should be more effective and emphasize precision and sustainability, according to a statement released after the meeting, which was held in Beijing last week.

Next year, China is expected to make its aggregate loan growth more stable and reasonably lower the financing interest rates for the real sector, according to Feng Xuming, a research fellow from the Chinese Academy of Social Sciences.

In addition, the country is also expected to promote the steady implementation of supporting tools aiming for its carbon peaking and neutrality goals, Feng said.

In the statement, the leadership has urged efforts to guide financial institutions to ramp up support for the real economy, especially for small and micro enterprises, technological innovation and green development.

Li Qilin, a researcher at Hongta Securities, estimated that in 2022, China will continue to implement the structural monetary policy tools, including re-lending and the targeted cut of reserve requirement ratio.

Biden did nothing to shift US trade policy toward China, a major disappointment: Stephen Roach

Could the Ukraine crisis lead to better relations between…