The crisis of population decline looms large even in China with its 1.4 billion people — and the reality could be harsher than the official data, a China expert warns.

Kent Deng, a professor of economic history at the London School of Economics and Political Science, told Nikkei that any change that weakens the People’s Liberation Army, including the decline in population, will weaken the Communist Party’s rule in the People’s Republic of China (PRC). 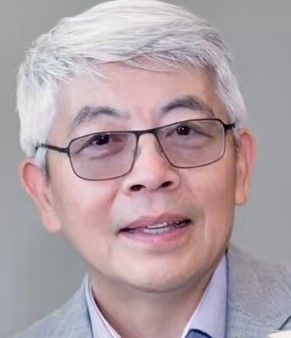 Q: How will the declining population impact China’s military power and the long-term stability of the Communist Party?

A: Mao [Zedong] said that political power comes from “the barrel of a gun.” Now fewer and fewer young people decide to join the army, as we have other ways to become urban and modern. The army is no longer the main route for social mobility among the rural population. If you actually go through all the educational steps, especially once you finish your high education, you don’t have to be a soldier to join the urban labor force. Now, if you have less able-bodied, less qualified people to join the army, then the party rule, or the party power, will be undermined.

In the PRC point of view, the party means the army to safeguard China’s national sovereignty. Army is also used to maintain China’s tranquility or stability internally. Anything that weakens the army will weaken automatically the party rule. Who rules China? I will say not the party, but army rules China.

The relationship between the party and the army suggests that the draft system is not going to be introduced soon. The party will have a concern, “What if they are not loyal to us?” They will make sure the army is ideologically absolutely loyal to the party. If you broaden the selection of the soldiers, there’s no selection. Then the control over the army by the party will be questionable. They can’t be so sure about if these young men are actually loyal to the party and would die for the party.

Q: How do you see China’s official population data?

A: The official new birth figures are not accurate. Actually, the gap between the birthrate and death rateis closing up, and you have such a narrow margin between the two. The [official] natural growth rate is not real. This is basically for propaganda.

Q: How can China stop the population from declining?

A: Ideology is key. The younger generation is two generations now under the one-child policy, and they really see the benefit of having one child in the family, because this will allow the second generation to become socially very mobile. You can actually concentrate your family resources on one child terribly well educated. After two generations, this became China’s lifestyle, China’s ideology and China’s family structure. At first, it was forced. But after 40 years, it became automatic and people do not question this anymore. So that’s the problem. From my point of view, it will take another two generations to actually swing back people to see that having more children may be better than having just one.

A: China has 260 million single adults. I think the market recognizes the need for single people, and then they really try so hard. For example, 11/11, “Singleton Day,” this must be the only singleton day in the world. It has been celebrated openly in society.

People like Jack Ma make a huge effort to make single people comfortable. You have also services such as food delivery, and they don’t even have to go shopping. So you can maximize your free time and everybody’s happy. The problem is once you have this market, it’s difficult to break it.

Large modern factories prefer to hire single, well-educated young people with no families. That’s the ideal labor force. If you work in China’s “996” work culture, in which employees work from 9 a.m. to 9 p.m. six days a week, you can’t have a family.

In China, “lying flat” is trendy. People are simply inclined not to get married. People think: “You have one salary, enjoy your life. Why do we have to get married and have children?”

Q: Do you think accepting more immigrants is an option for China?