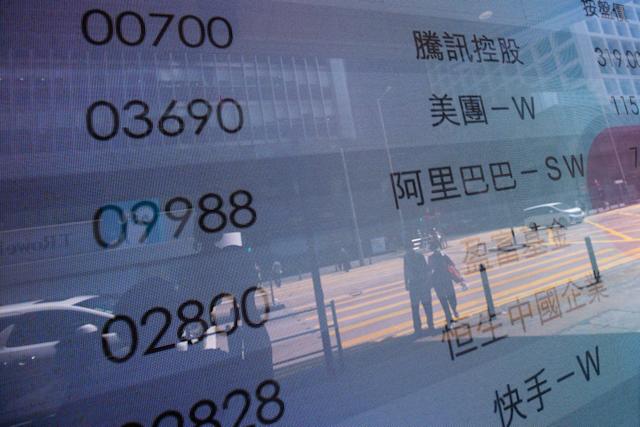 Manuel Muehl told investors to sell Chinese technology stocks last summer when nearly all of his peers were saying buy.

Nine months and about a trillion dollars of lost market value later, the 30-year-old analyst at DZ Bank AG is warning of further pain ahead as China’s slowing economy and uncertain regulatory environment scare away global investors.

Muehl, whose base in Frankfurt only underscores his outsider status, was the first among more than 70 analysts tracked by Bloomberg to issue a bearish call on China’s tech sector in July. His recommendations for U.S.-listed JD.com Inc. and Alibaba Group Holding Ltd. have been more accurate than any of his peers over the past 12 months with the stocks falling 30% and 58%, respectively, since his call.

“We saw all of these overhanging risks and felt that pretty much no one in the market was giving it enough credit,” Muehl said in an interview this month, citing Beijing’s ongoing crackdown on the tech industry. “No one knows what the real risk premium for Chinese equities is right now because the market is still in a price-finding process.”

China’s strict adherence to a Covid Zero policy and the nation’s darkening economic outlook have only bolstered that conviction.

“You have a very tough macro situation — the real state sector, which clearly has massive issues, and large cities, which are being completely locked down,” he said. “All of these things are really hurting consumer confidence.”

The Hang Seng Tech Index of Chinese technology stocks has slumped more than 60% since a peak in February 2021, hammered by Beijing’s crackdown on private enterprise spanning from education to online gaming sector. The relentless selloff, which wiped out $1 trillion in market value of the index members since Muehl made his calls in July, has led some money managers to question whether the tech sector was even investable.

The average 12-month price target for Alibaba’s U.S.-listed shares, for instance, stands at $162.94, more than 89% above Thursday’s closing price. Muehl’s latest target is $100. His track record might offer some clues to how things may play out: Bloomberg data show that following his recommendation for the past year on the stock would have yielded a 39% return.

Muehl, who worked for two German financial firms before joining DZ Bank in 2019, remains pessimistic even after tech shares staged a brief rally last month as policymakers vowed to end scrutiny on the sector and stabilize capital markets. He added that the potential delisting of Chinese firms from American exchanges due to auditing disagreements continues to be “a very realistic risk.”

He saw little upside to company fundamentals in the coming quarters. That comes as the prolonged crackdown and a tough macro environment pushed Alibaba and Tencent Holdings Ltd. to report their slowest quarterly revenue growth on record.

The consequences of such a rare call can be stark. In March, JPMorgan Chase & Co. — one of the handful of other brokers holding a sell-equivalent rating — deemed the sector “uninvestable”. Bloomberg News reported last week that the Wall Street bank was removed as the most senior underwriter for a tech company’s Hong Kong listing after slashing its share price target.

DZ Bank has been relatively unscathed given that it doesn’t have a capital market business in Hong Kong.

As to what changes would make him turn positive on the sector, Muehl said he wanted to see a credible and sustainable shift in regulatory policy, rather than “adding new rules every two weeks.”

U.S. warns of response to any permanent China military presence in Solomons

Strong China-Russia partnership helps both to deflect US…