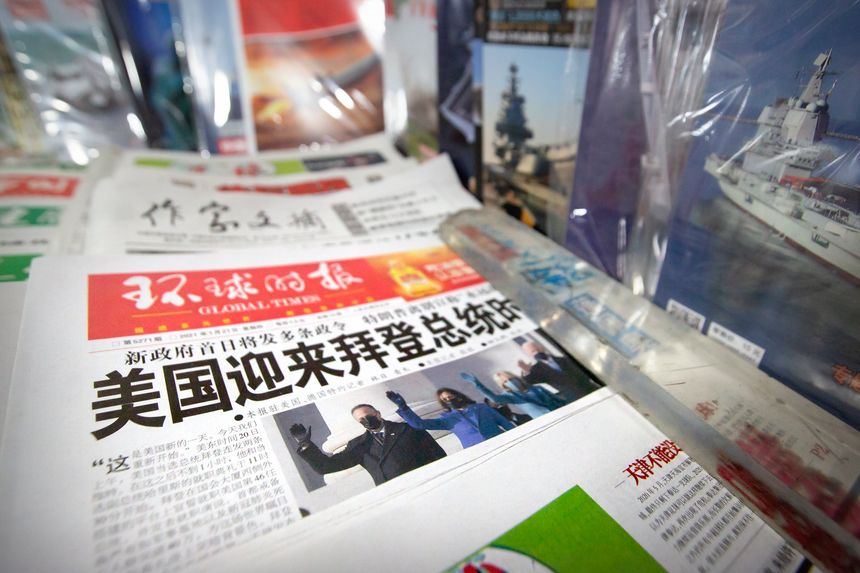 A pair of dueling essays from Chinese commentators on the Communist Party’s regulatory crackdown on some business sectors have sparked a broader public discussion about the direction of the country and whether it is heading toward turbulence not seen since the Cultural Revolution.

Earlier this week, an essay that hailed Beijing’s regulatory campaign against the technology, education and entertainment industries as “a profound revolution” and advocated sociopolitical upheaval was recirculated by China’s main state-media mouthpieces and widely shared online, evoking concerns that Beijing was sanctioning a return to a dark chapter in the nation’s turbulent history.

That in turn prompted Hu Xijin, the editor in chief of the nationalist tabloid Global Times and one of the Communist Party’s most prominent voices, to issue a rebuttal on Friday calling the essay a misinterpretation of the party’s direction. He argued that the overturning of the current order was uncalled for.

Mr. Hu’s stature in China’s propaganda apparatus—and his opposition to the initial essay, which he described as misleading—appeared to send signals of moderation following the fears stirred by the original essay.

Notably, however, Mr. Hu posted his commentary on his personal social media accounts, rather than via the Global Times, as he typically does. WeChat, a ubiquitous social-media platform, briefly blocked readers from sharing Mr. Hu’s post, suggesting that it was seen as too controversial for mass dissemination.

“Phew!” wrote one reader of Mr. Hu’s commentary, who pointed out the initial essay’s parallels to a 1965 article that is widely credited with launching the Cultural Revolution.

Others drew less comfort from Mr. Hu’s rebuttal. Wu Qiang, an independent political analyst and former political science lecturer at Beijing’s elite Tsinghua University, said fears about a return to Cultural Revolution-like circumstances are distracting from the less dramatic but more consequential retreat from a less-controlled society that began after leader Xi Jinping came to power nearly a decade ago.

Spanning about a decade that ended around the death of Chairman Mao Zedong, the Cultural Revolution was a turbulent time in China, where mass denunciations were regular and young people were sent from cities to rural areas for re-education.

Discussion about the two essays this week comes against the backdrop of accelerating campaigns aimed at some of China’s most powerful industries, with the entertainment business as the latest target.

Last week, Beijing banned the ranking of celebrities by name on social-media platforms and issued a large tax fine against one of China’s top stars, while publishing editorials urging a turn away from what it called a culture of “celebrity worship.”

Zhao Wei, one of China’s most popular actresses and a billionaire businesswoman, found her name scrubbed from the online entries of films and shows she starred in. Neither the government nor any of the online platforms provided a reason, prompting questions about how Ms. Zhao might have run afoul of authorities. 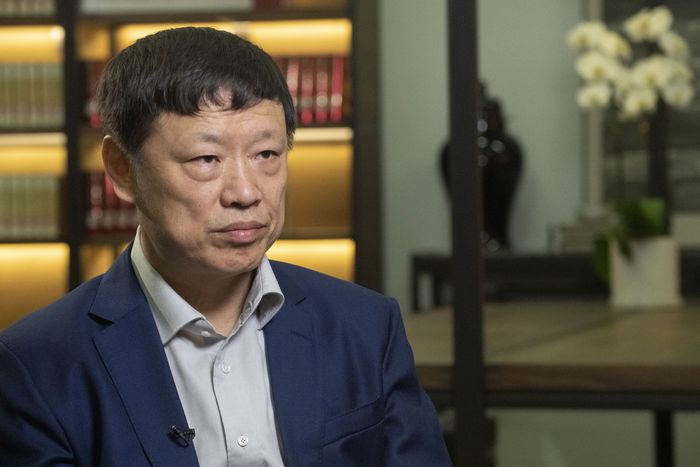 It was those punitive measures that led Li Guangman, a retired editor of an obscure state newspaper, to pen the initial essay, a sweeping diatribe that began with an attack on the “rotten” entertainment industry, before expanding to encompass Ms. Zhao’s well-known ties with Jack Ma, the founder of Alibaba Group Holding Ltd.

Mr. Li’s essay, published on a personal blog, described the crackdown against Mr. Ma and other technology giants as part of “a profound revolution” taking place in China’s spheres of industry, finance, culture and politics.

“The transformation will sweep away all the dust,” including overnight capitalists and “sissy pants” cultural icons, Mr. Li wrote.

“The red has returned,” he said, with a Maoist flourish.

Such diatribes aren’t uncommon on China’s internet, though they are typically confined to the margins. But on Sunday, the websites of major state media outlets, including the Xinhua News Agency and Mr. Hu’s Global Times, reposted the essay—a move that longtime Chinese journalists say could only have happened with the say-so from senior propaganda authorities.

Notably, state media outlets edited out one section of Mr. Li’s polemic, calling Ms. Zhao and another actress “toxic tumors” on society, while describing once-favored Chinese companies like Didi Global Inc. and Mr. Ma’s Ant Group as foreign agents standing in opposition to the people. That paragraph wasn’t included in the versions republished by state media.

Ms. Zhao didn’t respond to an inquiry sent to her company. Mr. Li declined a request for comment.

Even without that paragraph, the essay raised concerns among Chinese people who feared a return to instability.

Mr. Wu, the former Tsinghua lecturer, said the dissemination of the essay, even if offset somewhat by Mr. Hu’s rebuttal, had achieved its desired effect. By tapping into memories of the Cultural Revolution, he said, entrepreneurs will be more willing to comply and intellectuals more inclined to remain silent.

“It was meant to intimidate,” he said.

Mr. Hu, the Global Times editor, acknowledged the chilling effect in his essay.

“Such language would evoke some historic memories and trigger chaos in minds and panic among people,” he wrote. Mr. Hu confined his differences with Mr. Li to the rhetoric of revolution, rather than on the legitimacy of the crackdowns, to which Mr. Hu offered no objections.

The purpose of the regulatory changes was to correct the uncontrolled growth of capital, Mr. Hu wrote.

“China needs to continue with self-improvement in a forceful yet steady way,” he said.

Both articles embraced “common prosperity,” a slogan promoting the Communist Party’s attempts to better apportion opportunity and wealth in society.

In one example of corporate compliance, Alibaba on Thursday said it would spend $15.5 billion in the next few years to help vulnerable groups.

Meantime, the focus on popular culture has intensified. On Thursday, China’s National Radio and Television Administration ordered traditional broadcasters and streaming platforms to ban artists who don’t meet political or moral standards. It also effectively banned the children of pop stars from appearing in entertainment shows.

Mr. Hu ended his commentary with a call for calm.

“China won’t change from its reform and opening-up policies,” he wrote. “Any extreme interpretation of the state’s regulatory measures—don’t believe it.”