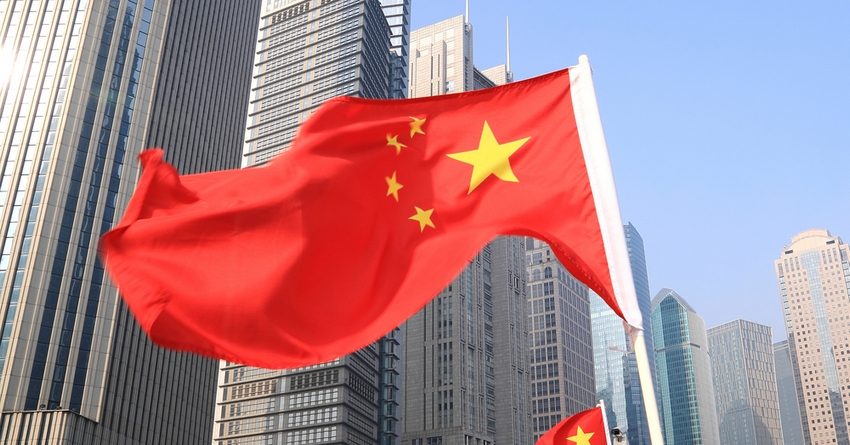 China’s economy surged 18.3% in the first quarter from a year earlier, a record rate of growth that reflected the recovery from a deep coronavirus-induced trough in early 2020 and the continued momentum of the world’s second largest economy.

The rate of gross domestic product growth in the first three months of 2021 was sharply higher than the 6.5% year-over-year growth recorded in the final quarter of 2020, though it fell short of the 19.2% growth expected by economists polled by The Wall Street Journal.

Analysts had anticipated GDP growth in the first three months of the year to jump sharply when compared with the year-earlier period, when the Chinese economy suffered a historic 6.8% contraction as the coronavirus’ initial emergence forced Beijing to shut down large swaths of the country.

In recent weeks, China has reported economic indicators showing growth of 30% or more from a year earlier.

The year-over-year GDP growth rate will almost certainly trend lower in coming quarters as the Chinese economy is measured against higher levels from the year-earlier period. China’s economy began its recovery in the second quarter of 2020 and recorded higher year-over-year growth figures through the remaining quarters of the year.

But stripping out the statistical distortion from last year’s low base of comparison, economists at HSBC in Hong Kong estimate that underlying year-over-year GDP growth in the first three months of 2021 was about 5.4%, lower than the pre-coronavirus trend of roughly 6% growth. The bank expects the economy to continue “running below full speed” in the coming months. 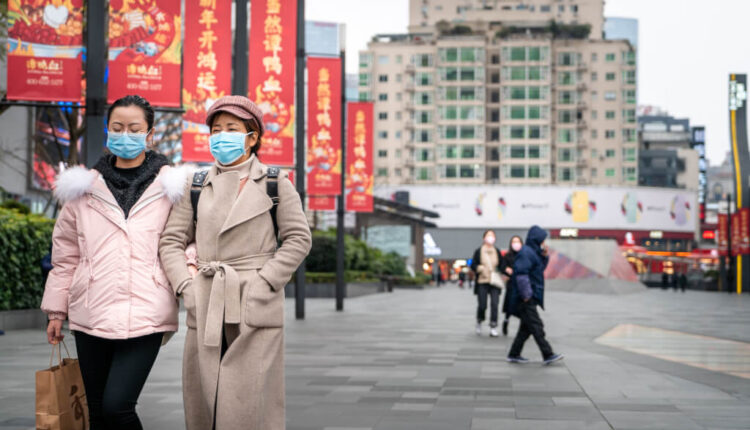 When compared with the last three months of 2020, the Chinese economy expanded just 0.6% in the first quarter of 2021, slowing from a 2.6% quarter-on-quarter GDP increase in the fourth quarter of 2020, according to data released Friday by the National Bureau of Statistics.

Beijing set a relatively modest 2021 growth target of 6% or higher, which leaves more room for officials to tackle rising debt levels and other financial risks. Economists polled by The Wall Street Journal expect the Chinese economy to grow 8.5% in 2021 from a year earlier.

The Chinese recovery now faces a raft of challenges as it enters a second year, including nascent signs of inflation, a lagging consumer recovery, worries about asset bubbles and rising geopolitical tensions that could hurt trade. Unemployment is also hovering near a ceiling that authorities have targeted, though Beijing’s most closely watched metric, the surveyed urban unemployment rate, eased to 5.3% in March from 5.5% a month earlier.

Inflation has become more concerning in recent weeks, as rising prices for copper, aluminum and steel have prompted makers of home appliances, for example, to raise the prices of their products, even though many haven’t yet returned to their pre-virus sales levels.

Midea Group, a large appliance maker based in the southern province of Guangdong, increased the prices of its refrigerators by 10% to 15% beginning last month, citing the rapid run-up in raw material prices.

Hefei Meiling Co., an appliance maker based in eastern China’s Anhui province, said it expects to rack up a modest net profit equivalent to between $690,000 and $840,000 in the first quarter of 2021, after suffering a loss of about $40 million in the year-earlier period.

Though the company attributes its rebound to China’s successful containment of the coronavirus and recovering domestic demand for refrigerators, washing machines and air conditioners, Hefei Meiling also expressed concerns about rising commodity prices eating into profitability.

On domestic consumption, meantime, hopes for a full recovery were stymied throughout the latter half of 2020 by periodic Covid-19 flare-ups, which kept a lid on travel, restaurant dining and other spending. Instead, manufacturing and exports largely drove the economic recovery last year.

That might be starting to change a year after the initial outbreak, as vaccinations begin to be rolled out and new infections decline. Sentiment among Chinese consumers recovered to its pre-pandemic level for the first time in March and then continued to build on those gains in the first half of April, according to surveys conducted by research firm Morning Consult.

“Chinese consumers have emerged from the pandemic even stronger than they were before,” said John Leer, an economist at the research firm.

In March, retail sales jumped 34.2% from a year earlier, the National Bureau of Statistics said Friday. The result was higher than 33.8% growth posted in the first two months of the year and beat economists’ expectation for 28% growth.

In month-on-month terms, retail sales rose 1.75% in March, accelerating from 0.56% in February.

Other closely watched indicators also posted double-digit percentage growth in year-over-year terms, though the growth rates were lower than those during the January to February period, which were measured against the historically low base from a year earlier.

Industrial output rose 14.1% in March from a year earlier, down from 35.1% year-over-year growth in the January to February period and lower than a 16.5% pace expected by the economists polled by The Wall Street Journal.

China’s fixed-asset investment rose 25.6% from a year earlier in the first quarter, slowing from 35% in the January to February period.

Home sales by volume, a major indicator of demand, soared 95.5% in the first three months of 2021 from a year earlier, though the pace was slower than the 143.5% year-over-year gain in the first two months of the year. Real-estate investment in China rose 25.6% in the January-to-March period, compared with a 38.3% gain for the January-to-February period.

—Grace Zhu and Bingyan Wang contributed to this article.
Write to Jonathan Cheng at [email protected]