Chinese City of 3.6 Million Locked Down as Virus Spreads 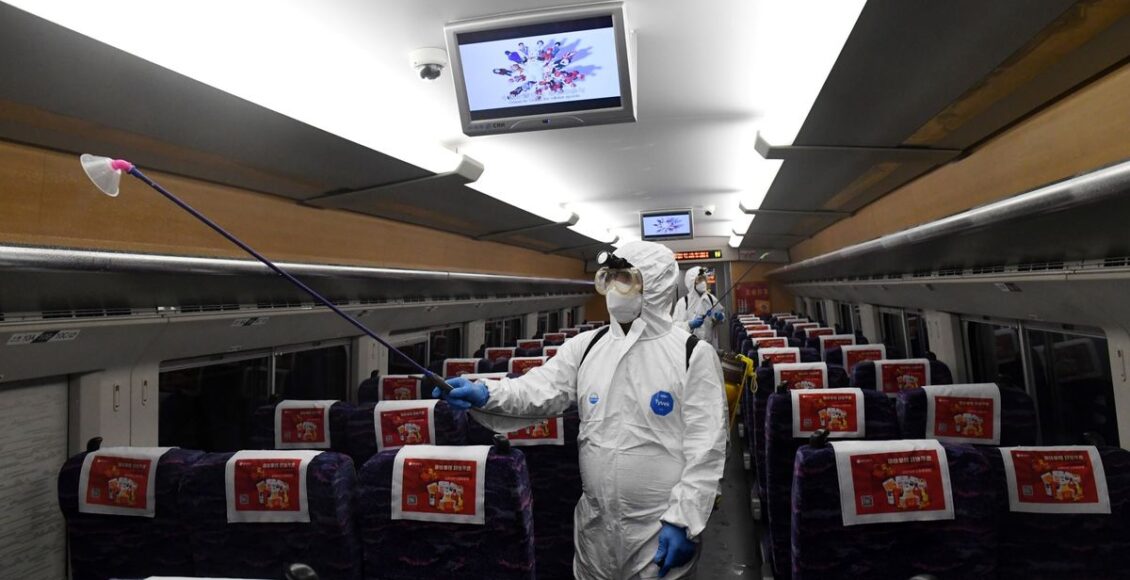 A city in southwestern China was locked down on Monday after mass testing identified nearly 100 people with Covid-19, extending the country’s protracted battle to bring its virus infections back to zero.

A total of 98 people tested positive on Sunday in Baise, a border city of 3.6 million people next to Vietnam in the Chinese province of Guangxi. Travel was banned within the city and to the rest of China to prevent the virus from spreading further. All residents were asked to stay at home.

It’s the third city China has isolated in the past two months as delta and omicron outbreaks show how difficult it is to contain the highly-transmissible new variants. The country sealed off Xi’an, a northwestern city of 13 million people, in late December and Anyang, with 5 million inhabitants, in mid-January. While Baise is smaller and of far less economic importance, the rationale for the sweeping curbs is similar: the virus has likely been circulating under the radar for quite some time, reaching a point where only full-blown movement restrictions will thwart its spread, the aim of China’s long-time virus strategy.

China will continue with its extensive Covid Zero policy as long as imported infections have the ability to trigger large-scale outbreaks, Wu Zunyou, the Chinese Center for Disease Control and Prevention’s chief epidemiologist, told the state-backed Global Times. There are no other effective ways to control the pandemic since vaccines alone aren’t enough to stop the virus, he said.

The Baise outbreak emerged during the Lunar New Year holiday last week when a person tested positive on Friday, more than a week after returning from China’s tech hub of Shenzhen in late January. It’s not yet known how the outbreak started, but family gatherings and visits to friends during the week-long holiday could have amplified its spread. Infections spiked to nearly 100 after testing fewer than one-tenth of the local population.

The initial outbreak disrupted the transportation of aluminum ingots and bars in Baise, according to researcher Shanghai Metals Market. It contributed to a slower-than-expected buildup in the country’s aluminum inventories during the Lunar New Year holiday, said SMM analyst Li Jiahui. A prolonged lockdown could exacerbate the situation.

The fresh outbreak is the latest challenge facing China, the only major country in the world still bent on eliminating Covid. The country has been combating outbreaks in a whack-a-mole fashion, as flare-ups have erupted one after another across the nation since mid-October. In several cases, they worsened into bigger outbreaks that could only be tamed by the sorts of disruptive lockdowns that other countries are striving to avoid.

Officials in Baise have started a second round of testing, while health experts warned in local media that the virus could have already spread widely in the community. The city is also a major source of migrant workers for China’s manufacturing regions, and some had started traveling back before the lockdown went in effect. In nearby Guangdong, the provincial capital of economic powerhouse Guangzhou province, a migrant worker tested positive on Sunday after returning from Baise.