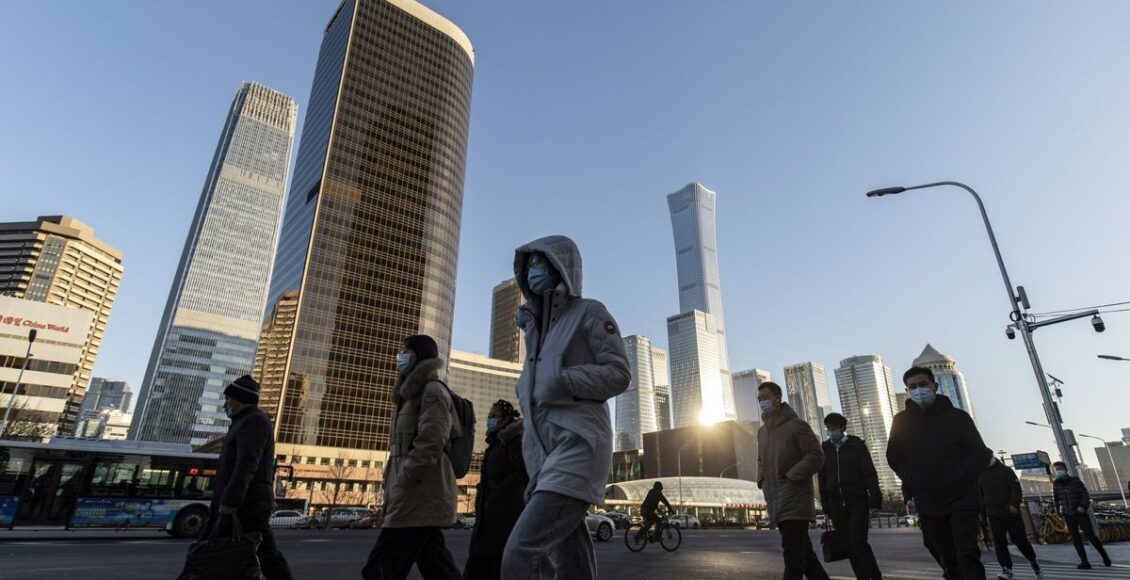 Chinese lenders are expected to lower borrowing costs for a second month on Thursday after the central bank cut policy loan rates and pledged more easing to stabilize the economy.

Both the one-year and five-year loan prime rates are likely to be cut when announced by the People’s Bank of China, several economists said. The LPRs, which are the de facto benchmark lending rates, are based on quotes that 18 banks offer their best customers and are submitted to the PBOC. 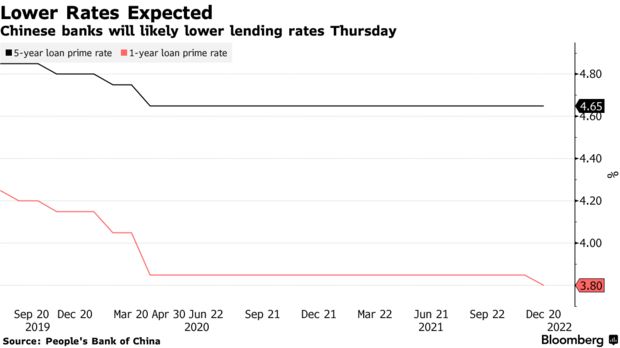 The rate usually moves in lockstep with the one-year medium-term lending facility rate, which the PBOC cut by 10 basis points on Monday, the first reduction in almost two years. The central bank followed a day later by pledging more action to bolster a slowing economy.

Starting from this month, the PBOC will announce the LPRs at 9:15 a.m. local time, 15 minutes earlier than before, it said in a statement Wednesday. That’s to help manage expectations and better coordinate the release with the opening of financial markets, it said.

The one-year LPR was lowered by 5 basis points in December after the central bank reduced the amount of cash banks must hold in reserve, boosting liquidity and driving funding costs down.

Any move in the five-year rate, a reference for long-term loans including mortgages, would be seen as a signal of Beijing’s policy attitude toward the struggling property sector. It’s been lowered fewer times than the one-year tenor since a revamp of the rate in 2019.

At a PBOC briefing on Tuesday, Deputy Governor Liu Guoqiang said the LPR will reflect changes in market rates in a timely manner and banks will take into consideration the latest changes to funding costs. The five-year LPR is not targeted at any specific industry, he said.

Economists expect the PBOC to cut interest rates further and lower the reserve requirement ratio for banks to boost cheap long-term liquidity and help stabilize growth. Officials promised Tuesday to avoid a collapse in credit growth, and urged banks to actively look for good projects to lend to.

Most mortgage rates are reset on Jan. 1 of each year, so a reduction in the five-year rate will only take effect starting from the beginning of 2023.

Chip shortage leaves Tesla and other electric car buyers in…