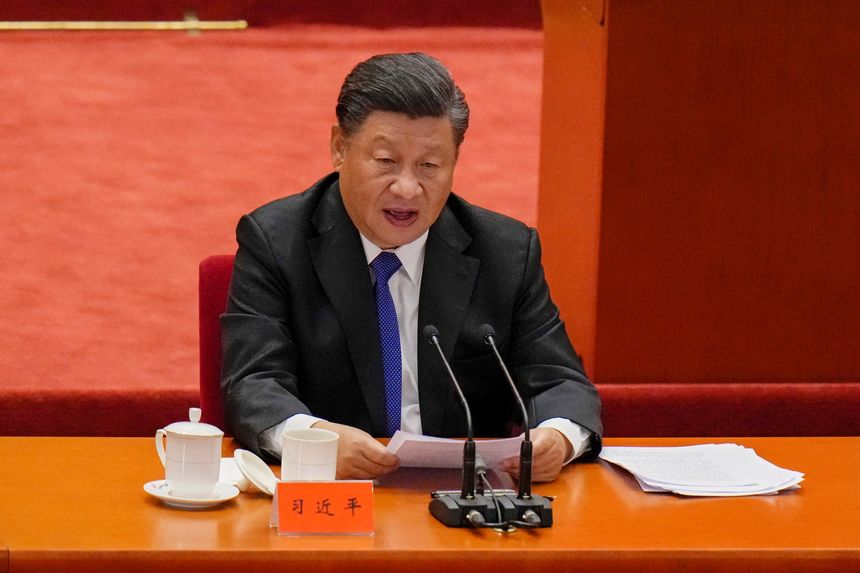 Chinese President Xi Jinping called for a “peaceful reunification” with Taiwan days after China’s People’s Liberation Army sent a record 56 bombers and other aircraft on sorties near the self-ruled island in a single day.

Taiwanese President Tsai Ing-wen answered in a speech the following day, saying Taiwanese people would not bow to Chinese pressure.

“The historical task of the complete reunification of the motherland must be fulfilled, and can definitely be fulfilled,” Mr. Xi said in Beijing on Saturday, adding that achieving that goal by peaceful means is in the interests of people in Taiwan.

Mr. Xi’s remarks were part of a speech that marked the 110th anniversary of the revolution that overturned Qing imperial rule in China. In the decades that followed, the Communists and Nationalists jostled for control of China, which later led to a split between China and Taiwan amid a civil war. Nationalist forces withdrew to the island, and communist leader Mao Zedong proclaimed the founding of the People’s Republic in 1949.

The Communist Party considers Taiwan part of China, despite never having ruled the island, and has vowed to take control of it, by force if necessary.

Mr. Xi has long spoken of realizing what Beijing has called a peaceful reunification with Taiwan, but his remarks came as concerns within the U.S. mounted over China’s yearslong military buildup and recent threatening moves against the island.

The PLA has flown 150 sorties near Taiwan so far this month, a blitz that has sparked expressions of concern from the U.S., U.K. and Germany.

On Thursday, The Wall Street Journal reported that a small number of American troops have been secretly training local military forces on the island.

Taiwan’s independence is the biggest obstacle to Beijing’s goal of unification and poses a “serious hidden danger to national rejuvenation,” Mr. Xi said. “Those who forget their ancestors, betray the motherland or split the country have always been doomed. They will definitely be spurned by the people and judged by history,” he added.

Mr. Xi said the issue of Taiwan is China’s internal affair and that no external interference is allowed, without naming any country. He didn’t mention the use of force on Taiwan in his speech. 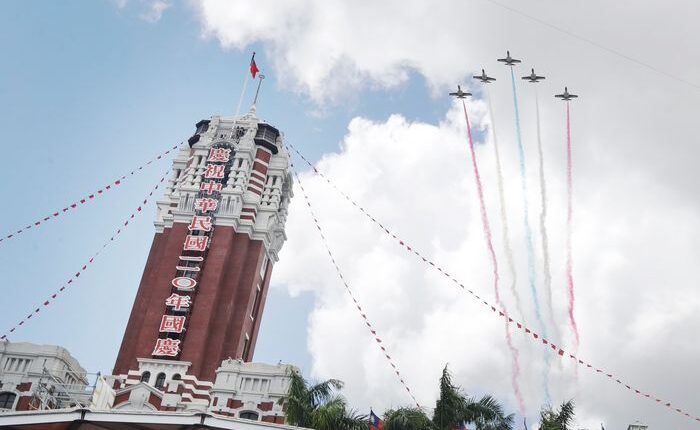 On Sunday, in her own speech marking the occasion, Ms. Tsai pledged to maintain the status quo in Taiwan’s relations with China, saying “there should be absolutely no illusions” about the willingness of Taiwanese people to stand up to Beijing.

“Nobody can force Taiwan to take the path that China has laid out for us,” she said, vowing to bolster the island’s defenses.

Shortly after her speech, the Taiwanese military paraded domestically produced weapons through the heart of Taipei as jet fighters flew overhead and a pair of helicopters hovered carrying Taiwanese flags.

China to roll out policies to help exporters amid economic…