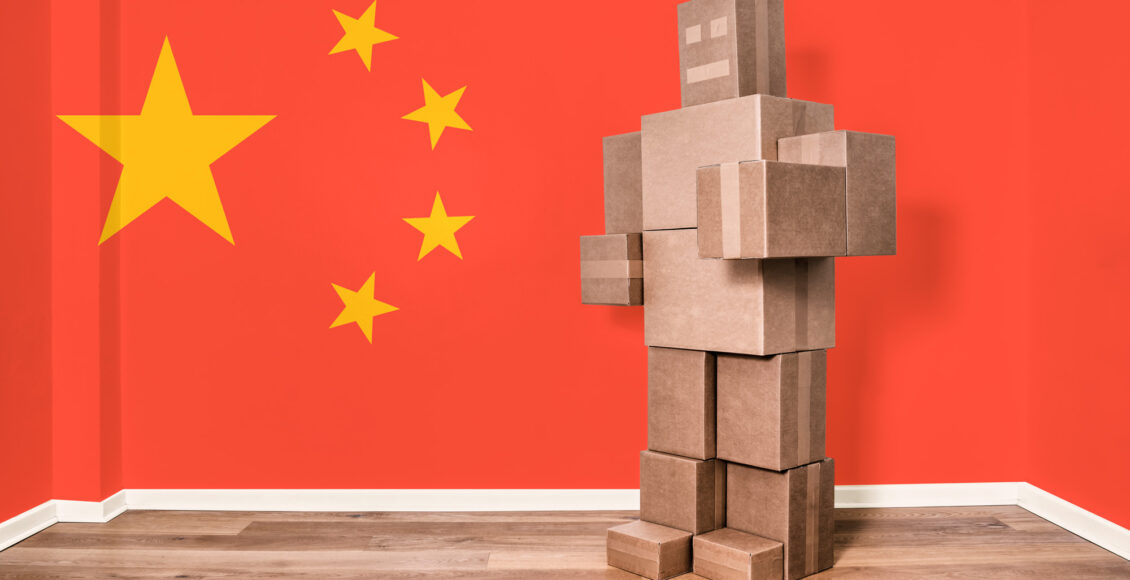 Investors in China are betting on small-cap growth shares to reignite returns as a shift away from blue-chips starts gaining traction.

While the mainland benchmark CSI 300 is slightly down over the past month, the tech-heavy ChiNext Index is up 6% and the Nasdaq-style Star Board 50 Index has gained 12%. An MSCI Inc. gauge of small-cap growth stocks in China has gained 2%, in stark contrast to its economically sensitive value share equivalent which is down 6.5%.

With question marks over the strength of the Chinese economy, investors are turning toward secular growth stories in a hunt for exceptional earnings upside. For some, that means the shares of smaller companies, which are expanding more rapidly than their more-established blue-chip peers.

“Recent sideways moves can be interpreted as a shift in market preference to tech and innovation, and a bull run there on its initial legs,” wrote Industrial Securities analyst Zhang Yidong in a note. He suggested “small giants” on the Star board with a market cap of 10 billion-80 billion yuan ($1.5 billion-$12 billion) as the “core assets” of tomorrow.

Nothing embodies growth like the two-year old Star board in Shanghai, which lowered revenue and profitability requirements to enlist companies with a competitive tech edge. Firms in the Star50 Index are expected to see 31% earnings growth this year, with profits seen expanding by 48% next year, according to data compiled by Bloomberg. The index rose as much as 2.9% Monday, trouncing the 0.6% loss in the SSE 50 gauge of blue chips.

That doesn’t seem to put off Zheshang Securities Co. analysts including Wang Yang, who noted the board traded on 89 times earnings at its advent in a recent report and called it “the engine of the new bull market”. 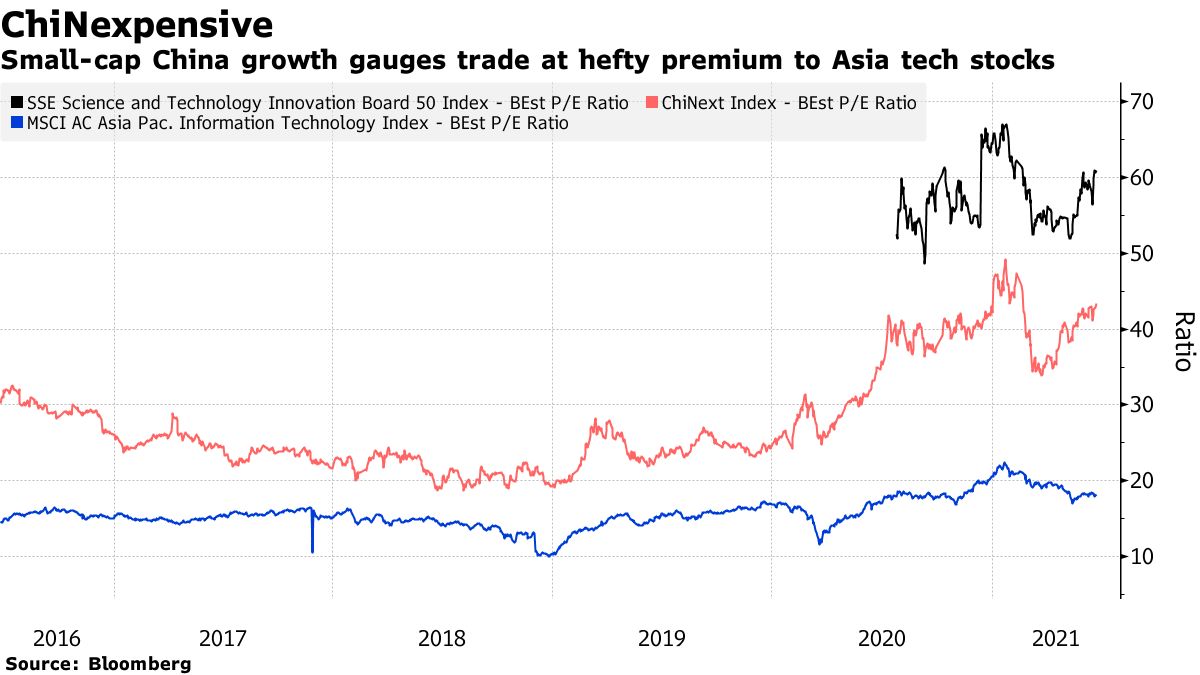 A preference for smaller growth shares would be a significant shift from crowded blue-chip bets such as liquor giant Kweichow Moutai Co. Ltd., large caps that propelled China’s markets to a peak in February. Investors had piled in for their high earnings visibility, only to race for the exit as worries over liquidity triggered a selloff in the most expensive parts of the market and sent the benchmark into a correction in March.

The trend mirrors a reassessment of growth shares on a global scale as investors ponder the future for cheaper cyclical stocks if faster-than-expected rate hikes weigh on a post-pandemic economic recovery. That was evident in the reaction to this month’s hawkish pivot from the Federal Reserve, which led to a rebound in growth stocks and weakness in reflation bets.

To foreign investors, Hong Kong’s giant internet stocks are perhaps the biggest play on China’s growth, but regulatory uncertainty keeps many at bay. BlackRock Inc. is among those ready to explore investments in smaller companies in the sector.

“We position in small- and mid-cap names that are less exposed to the anti-trust risk and are relatively early in their user penetration and growth cycle,” said portfolio manager Lucy Liu in a press briefing on Wednesday. Examples include live broadcasting companies and the “new generation” of social networks.

“We will probably stay a little bit away from the large dominant platforms for a little bit longer,” she added.

Semiconductors and electric vehicle plays are also among those favored by investors and analysts should the rotation take root. The former is expected to benefit from capacity expansion as a global chip shortage persists, while EVs can enjoy robust sales on more competitive model roll-outs. Advanced manufacturing, military tech, artificial intelligence and innovative drugs are other themes seen to have potential.

The shift toward growth could get a boost from the 100th anniversary of the Chinese Communist Party in July. Risk appetite as well as confidence in the economy could be fortified by the celebration, said Zhang Fushen, senior analyst at Shanghai PD Fortune Asset Management (LLP).

“Favorable policies on tech, the key to boosting China’s comprehensive power, rolled out after the centennial, may finally nudge the market toward a new consensus,” he said.

Healthcare sector could be the next target of Chinese…