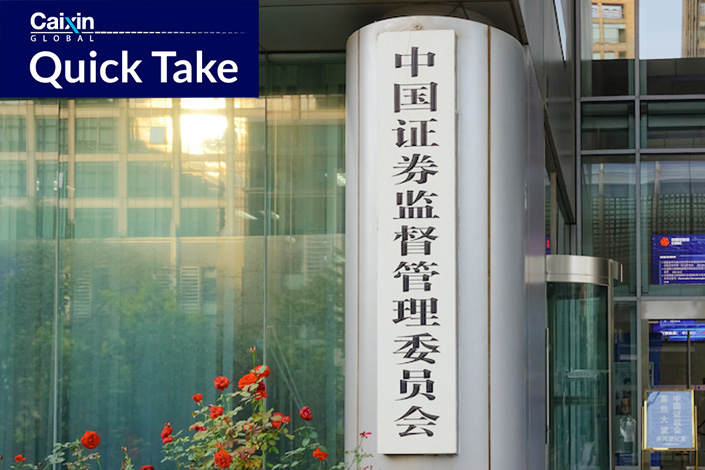 What’s new: China’s top securities watchdog said progress has been made with U.S. regulators regarding some key issues on cross-border cooperation on audits of U.S.-listed Chinese companies, according to a spokesperson’s statement released on Sunday.

The spokesperson of the China Securities Regulatory Commission (CSRC) did not elaborate on the progress or the issues.

The CSRC and domestic regulators have always been open to Chinese companies choosing overseas listing locations, and fully respect their choice when it is in accordance with laws and regulations, the spokesperson said.

The background: The remarks could ease recent market jitters that reflect investor concern about rising regulatory uncertainties facing Chinese companies wanting to list in the U.S. amid growing geopolitical tensions between the world’s two largest economies.

China and the U.S. have a long-standing dispute over American regulators’ access to audits of U.S.-listed Chinese companies. U.S. regulators have long complained that Beijing refuses to allow inspections, though the latter has consistently rejected the accusation.

The U.S. Securities and Exchange Commission recently announced final rules that will delist foreign companies traded in the U.S. if they failed to allow U.S. regulators to inspect audit reports compiled by their auditors for three years in a row.

On the Chinese side, the government is increasingly concerned that companies traded abroad may be required by regulators in foreign countries, especially the U.S., to share data and information that may infringe on its national security.

On Friday, Didi Global Inc. announced it would delist from the New York Stock Exchange and pursue a listing in Hong Kong, about five months after its blockbuster $4.4 billion IPO. Previously, the company fell under investigation by China’s cyberspace regulators over issues of data security and national security.