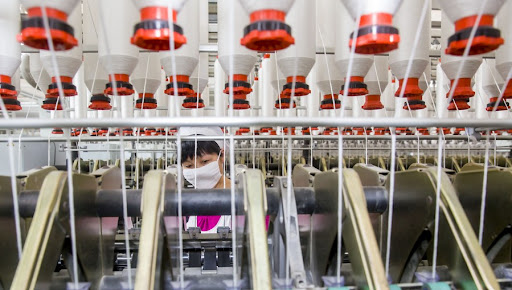 After deducting price factors, per capita disposable income rose 9.7 percent year on year, according to the National Bureau of Statistics.